The ongoing issue of parking on the UWEC campus 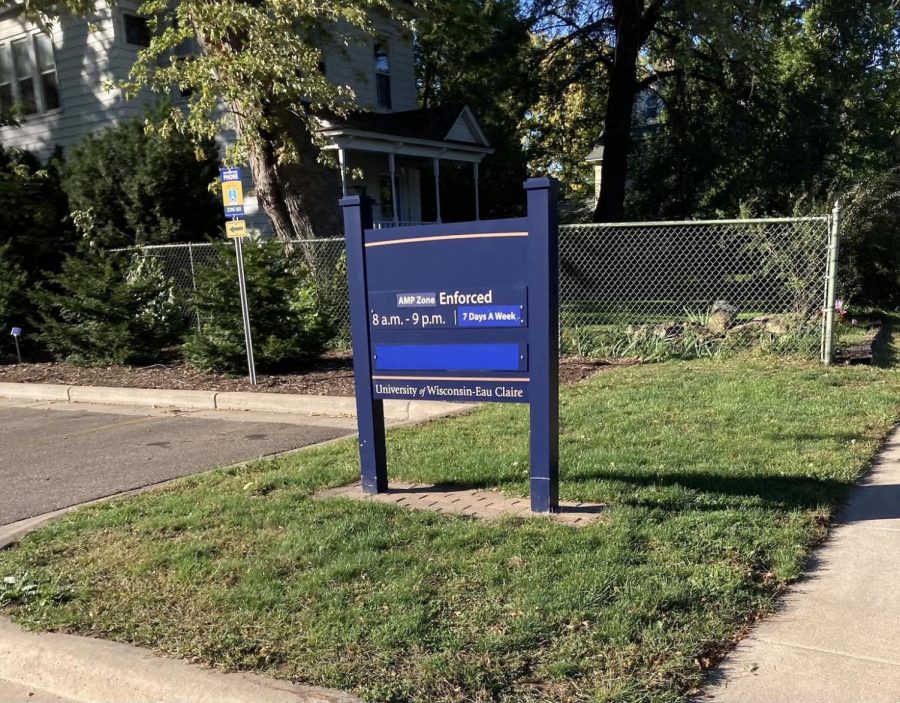 Note: “Student speak” is a weekly column in which current’s editor Grace Olson will write about on and off-campus student suggested issues.

UW-Eau Claire students are no stranger to a difficult parking situation. With no parking structure, limited parking passes and street parking filling up by 9:30am, students are struggling to make it to class on time.

Brandon Koran, a fourth-year social broadfield student, said because of the difficulty of finding a spot to park, he often is late to class.

“I usually leave for my 9:30am class at least 30 minutes before it starts but by the time I find a parking spot and walk to my class I am either walking into it right as the class starts or I am late,” Koran said. “I don’t live very far from campus either.”

The current options for students to park are in the Haas Fine Arts Center, Hilltop Center, Governors Hall, Murray Hall, Phillips Hall, Schneider Hall, Towers Circle, University Drive, Hibbard Hall and The Priory, through the AMP app with it being $1 for an hour, according to the university’s website.

There is also street parking available around lower campus and on Water St.

Even with these options Sarah Helvick, a third-year special education major, said she struggles to find a spot close enough to campus.

Helvick said she currently has a broken foot and has had to walk nearly miles, on crutches, because she could not find a closer spot to park.

“It’s just not fair for anybody,” Helvick said. “I have heard so many stories of people who park miles from campus to avoid any fees or tickets.”

Helvick also said she knows numerous students who had troubles being able to purchase a parking permit because of limited permits and issues with the website.

Sydney Martin, a music education student, said they had issues when attempting to purchase a parking permit.

“I was not able to get a permit due to the school’s failure to set up the sign up day for parking correctly and failure to provide more permits and spots for students,” Martin said.

On August 10, students who attempted to purchase a parking permit through the parking portal were met with issues such as the website crashing and many were not able to purchase a permit.

The university apologized and sent those students an email on August 12 with details of reopening permit sales.

As of Wednesday, Sep. 22, seven of the 13 options of parking passes are sold out including the activity lot, Aspenson Mogenson, Bollinger, underground Haymarket and the residence hall permits.

Helvick said there needs to be active participation from UWEC as well as the city of Eau Claire to fix the limited parking.

“Either working with the city to provide more streets for free parking for students, or increasing the number of parking spots on both lower and upper campus,” Helvick said. “The city and the university have been very quiet about the whole situation, which bothers many students including me.”

Koran similarly said there should be more parking available on lower campus and less parking restrictions on streets near the UWEC campus. He also said he thinks either a new parking lot or parking ramp would help the issue as well.

Koran said over the course of his time here at UWEC parking has always been an issue.

“I’ve been here for four years and during those four years, a lot has changed, a new dorm hall, a new welcome center, a water feature, the walkway by the Chippewa, but the one constant all these years? Is the parking issue,” Koran said.

Although this has been an issue for years, Helvick said she would like to thank those who have helped her while her broken foot heals.

“Those who hold the doors open for me, those who offer to take my plates to the plate corral, those who ask if I need help, those who drive me to class, those who advocate for myself and others,” Helvick said. “Students like these really make this campus shine.”