“Imitation Crab” is a collection of poems answering questions of authenticity 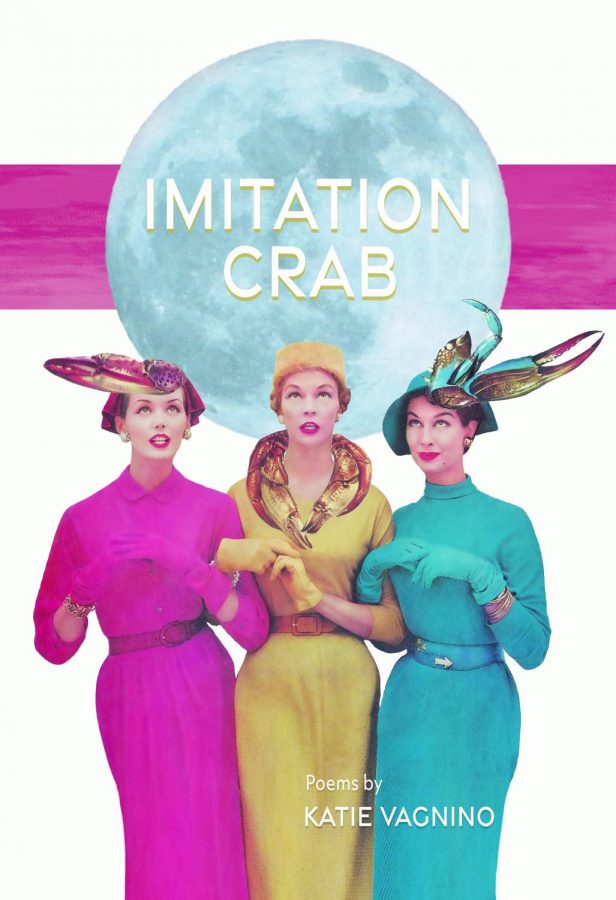 According to her website, Vagnino is a freelance writer based out of Minneapolis. When she is not working, Vagnino might be performing with her band, The Flaming Doublewides.

Vagnino also serves on the Board of the Saint Paul Almanac and is the co-founder of Post-It Poetics, the website said.

Vagnino is working full-time doing marketing and social media for a digital health company, she said. Once a month she also runs a workshop for a nonprofit organization, Gris Literatura.

This will be her first official book, Vagnino said. Some of her poems were published in journals such as Volume One and Poetry City USA, but this is the first time all of them will be together.

Vagnino’s poems have been reworked and rewritten since, she said.

“The work in there spans about a decade,” Vagnino said. “A lot of them were written while I was in graduate school at Emerson College. They were a part of my thesis.”

“Imitation Crab” is a collection of poems trying to answer questions about authenticity and how we differentiate what is real and what is fake, Vagnino said. With reality shows that are not completely real, these questions become more pressing and more difficult to answer.

People perform a lot more as a result of social media, Vagnino said. Social media gives people the ability to put on a presentation of themselves that may or may not be authentic.

A lot of the poems address women’s experiences and what happens when they push back against the societal roles given to them such as being a mother, a wife, etc., Vagnino said.

Female experience and Vagnino’s own experience drive many of her poems, but not exclusively, she said. The collection is not just a telling of her life. Some are just creative products of her imagination.

“Like Emily Dickinson said, ‘Telling the truth but telling it slant,’ the truth is filtered through different lenses,” Vagnino said. “It may be another form of artificiality, but it brings our experiences to the table.”

Jon Loomis, a creative writing professor at UW-Eau Claire and a band member of The Flaming Doublewides, said both the book and the author are smart and funny. There’s a lot of stuff in our culture that is fake and the poetry is an extended meditation on how to decipher it.

Loomis helped with the order of the poems, Vagnino said.

“My role was strictly advisory,” Loomis said. “When you’re close to finishing a book of poems, it’s hard to see the forest for the trees, so it can be useful to have another pair of eyes (or two) to help find the relationship between the poems.”

The name of the collection was intentionally supposed to be strange, Vagnino said. It represents some of the themes in the book: surreal, playful and a little bit weird.

Just like the cover — designed by Jen Schultz, a local analog collage artist — the name and poems inside are not random but represent the humor, quirk and wit within the poems, Vagnino said.

“I wanted people to do a double-take when they saw the title,” Vagnino said.

You can pre-order on the publisher’s website, Vagnino said. Once it is out, “Imitation Crab” will be available at some bookstores and on Amazon.