Forensic students feel the effects of the pandemic 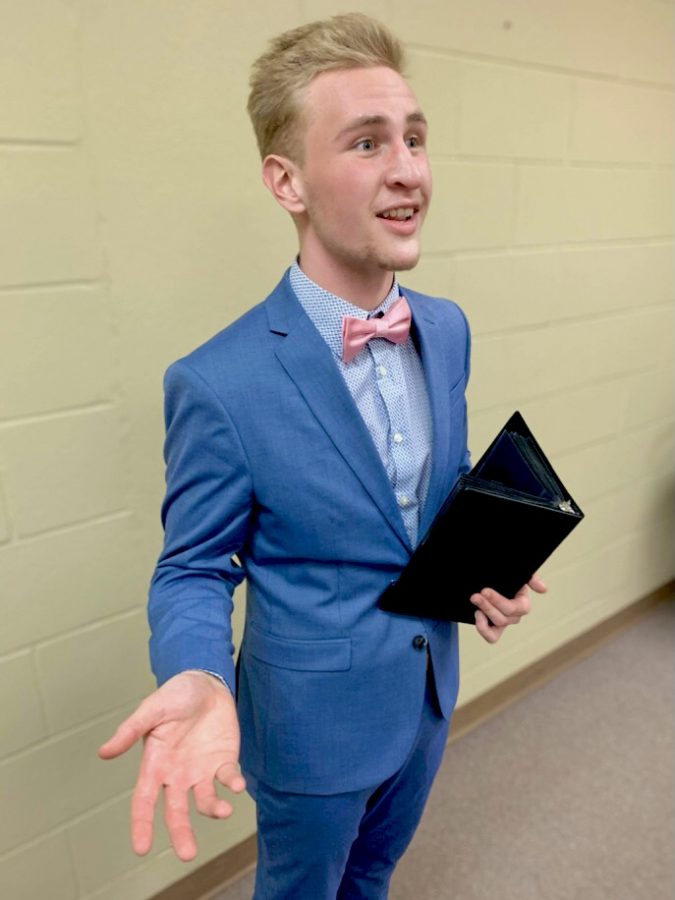 Brock Erdman, vice president of the forensics team, delivers a prose interpretation during one of this week’s tournaments. Erdman is a second-year psychology student.

The UW-Eau Claire forensics team had another week of virtual tournaments, with one occurring over the weekend and another one on Tuesday.

These tournaments come not only in the advent of COVID-19, but also with the news of Karen Morris stepping down as the forensics director, after serving in the position for 23 years.

In her stead came Chris Outzen, the new director of forensics and lecturer at UWEC.

Outzen moved to Eau Claire from Missouri in July, after being hired as the new director in March.

“Karen Morris decided that she wanted to focus solely on teaching,” Outzen said. “The department was open to having another lecturer anyway and they needed a director of forensics and now here I am.”

Becoming the new director of forensics would pose a challenge to anyone in normal circumstances, but Outzen has also had to deal with the additional adversity presented by COVID-19.

“For students and coaches, learning how to do virtual tournaments has been a challenge,” Outzen said. “But also, so much of our business was done face-to-face. Limitation on travel, on connecting to people even on campus, playing other teams. From the administrative side, so much has changed.”

Dana Athmann, a fourth-year broadfield social studies education student and president of the forensics team, said training for forensics is different during a pandemic.

“It’s obviously very different to give your speech, looking at a bunch of different people, than giving your speech (and) having to stare at yourself,” Athmann said. “It can get distracting to watch yourself talk with lag, so we’re encouraged to practice in the online format as much as possible.”

When speaking, Athmann said establishing a connection with your audience through eye contact is very important.

There isn’t an audience physically in front of you when doing tournaments online, however, which makes this vital technique harder.

“When you’re giving a speech, eye contact is huge — it’s everything,” Athmann said. “If you can’t establish some type of a repertoire with your judge or your audience, then you don’t have anything.”

Athmann also said keeping eye contact with a camera is hard. She said she wants to look everywhere but in front of her when she’s performing, which can make it more challenging to create that connection.

The culmination of these student’s training will be displayed when they go to compete in forensics tournaments. Usually, students would go to other schools to compete, or host the tournament at their own university.

“Forensics was always a very personable activity and from the moment you get to the campus, you’re putting on that more professional persona,” Neu said. “Now you’re not getting those little interactions. It’s logging onto a call and being on that call.”

Neu said there can’t be anyone else in the room when you present, and you only need to place first in two tournaments to qualify for nationals instead of three.

Despite this, Neu said not much else has really changed, when it comes down to what forensics is about.

“It’s still ‘how to passionately write and talk about what you want or need to talk about’ and present that message in a way that people are more perceptive to it,” Neu said.