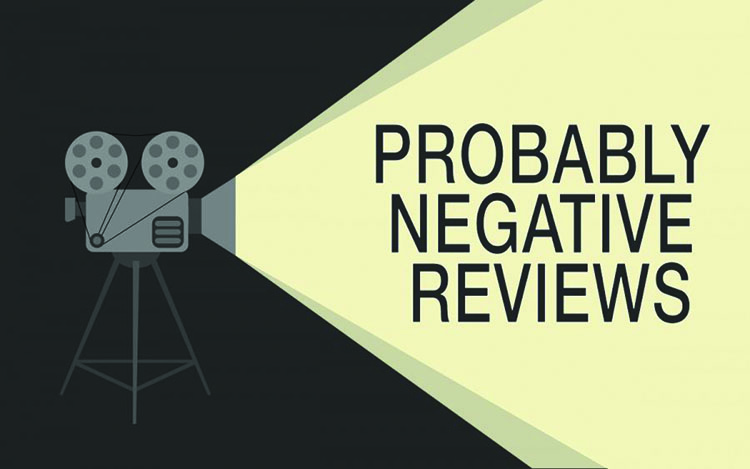 Spooky season is upon us and, that means it’s a perfect time for cheesy horror films.

The movie “Killer Klowns from Outer Space” was probably one of the least scary and worst-acted movies I have ever seen. If you are someone who enjoys this kind of thing though, you have my recommendation.

The story began with Mike and Debbie at ‘Make-out Point’ doing what all college students do on a Friday night: make out in the trunk of a car with a bunch of others parked right next to each other.

“This is great,” Debbie said.

Did I mention the terrible acting? Anyway, they were interrupted by what they believed to be a shooting star that looked like an animation from The Magic School Bus. Mike didn’t want to go check it out, but Debbie said ‘please,’ so Mike said ‘ok’.

They arrived at the crash site, only to find a giant circus tent. An immediate role reversal found Debbie wanting to leave and Mike all of a sudden taking a huge interest in the circus tent.

They wandered around inside through a bunch of crazy rooms and stumbled upon the cotton candy room. It was filled with cotton candy cocoons with people inside and that’s where they saw them: the Killer Klowns. They were chased out of the tent, which was really a spaceship, by a clown with a popcorn gun.

They ran to their car as clowns chased after them and drove into town to tell the police. By the time they got there, it was too late. The clowns had already made it to town and were capturing people.

And that is only the first half.

I mentioned bad acting, but there are plenty of other things that make this a bad film. For example: plot conveniences.

When Mike and Debbie were chased out of the tent, Debbie was hit with popcorn by one of the clowns which wasn’t really popcorn. She ran wildly to the car, went into the police station and went home. After all that, the popcorn stuck to her somehow. She took a shower, completely forgot she ever saw the Killer Klowns and the popcorn that had fallen onto the bathroom floor turned into clown heads that tried to kill her.

When the Killer Klowns failed to get Mike and Debbie, they walked to town which was five miles away. They walk so slow, I don’t know how they did it or how they managed to kill anybody.

Nobody in the town was afraid of ten-foot-tall clowns with creepy faces and jagged teeth.

The set inside the tent was made out of really cheap materials that looked like something out of a Doctor Suess book and it seemed like the actors were trying not to break anything or knock anything over.

The only real redeeming quality of this movie, which is where most of the $1.8 million budget probably went, was whatever CGI they used to animate the clowns’ faces.