‘Zombie Massacre 2: Reich of the Undead’ is hopefully the worst film ever made 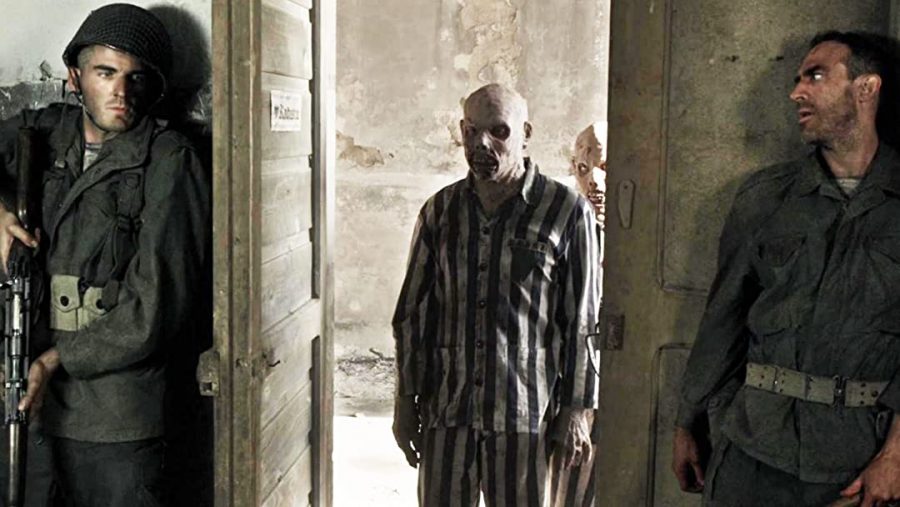 Continuing the coronavirus themed movie binge, this week I watched yet another zombie movie.

“Zombie Massacre 2: Reich of the Dead,” combines Nazis and zombies, which is a combination that should theoretically be intriguing.

However, the allied soldiers only fight zombies on occasion. That is all.

World War II was an atrocity uncomparable to nearly all of human history, but it may have met its match with this movie.

When thinking of words to describe this film, many cross my mind. I cannot decide between terrible, horrific, atrocious, confusing, sloppy, boring, awful or the worst, so I choose to use them all.

Every single aspect of this movie disgusted me. Everything from the moment the writers typed the first line of dialogue to the end credits was done terribly.

The plot is incoherent and dry. It takes nearly 35 minutes before the first actor — wearing ridiculous zombie makeup — appears. Then there is a horrendously staged shootout, with equally bad effects, during which I nearly fell asleep.

The lengthy buildup to the zombies is not only an immense disappointment but is also completely wasted.

No character development or backstories are provided, except for some sporadic scenes of one soldier’s childhood. That may be for suspense or backstory, but fails in both departments. Characters simply appear on the screen, then disappear one by one as zombies or random explosions take them out.

The dialogue is not only terribly written but poorly delivered as well. I have decided not to name the actors because they are just people with dreams. It is not their fault they are really bad at it.

The casting is awful and not just because they are all bad actors. They are also weirdly old for WWII soldiers. The youngest soldier in the film has gray hair.

Surely, they don’t enjoy being associated with the film as much as I didn’t enjoy watching it.

I was hoping this movie would be made in one day, with the actors, director and crew picked up off the street on the way to the forest the film was shot in. Then I realized this was the second film in a series.

This means that the people involved in creating this mess did it before, a fact I find truly troublesome.

I am barely exaggerating when I say this movie was physically painful to watch.

Although I am writing a review that may seem extremely harsh, words allowed in the Spectator cannot describe how unenjoyable this was.

At one point in the film, a woman named Erin popped up at an abandoned Nazi base, yelling out for help.

Erin is played by a terrible actress and is American. How did a civilian American woman appear in Nazi-occupied Europe? Also, how does she know so much about the hospital creating the zombies?

When watching films as bad as this one, usually the special effects or action make up for everything else, but not in this pile of garbage.

What little action existed is so poorly executed it made the movie even worse.

The special effects are awful. There are many scenes where soldiers are repeatedly stabbed or hit with things. That tends to happen in zombie movies.

Whoever made this movie thought it would be fine if the actors only did one stab or smash, then use that one take and replicate it a dozen or so times in a row.

I sincerely hope I am the last person on Earth who watches this movie. I honestly believe I have discovered the worst film ever made. If not, I don’t want to see the worst.