‘World War Z’ in review: choose zombies or science, not both 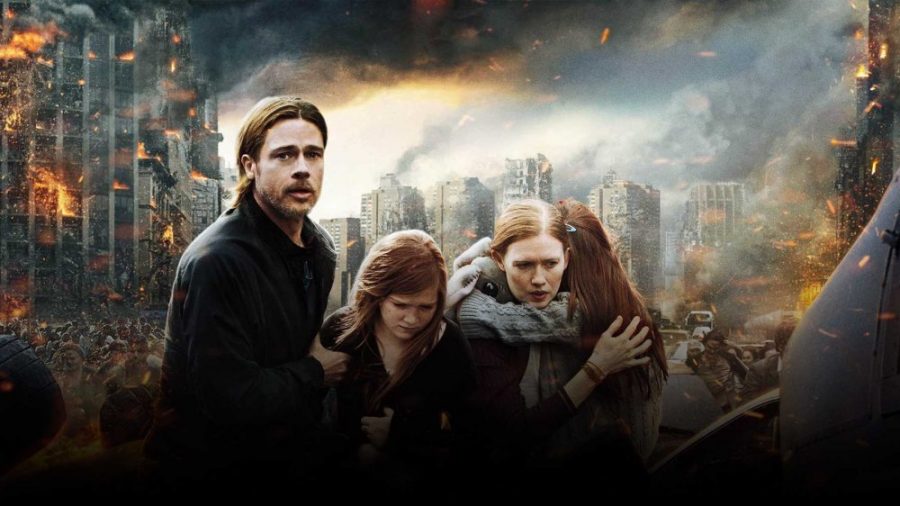 There is a lot of zombie-related material out there. The concept has existed for thousands of years.

In the past couple of centuries, they’ve transitioned from being a terrifying legend meant to scare children to a beloved source of spooky entertainment.

IMDB composed a list of 273 zombie movies. There are probably more out there; the list does not include shows like “The Walking Dead.” Filmmakers who wish to create zombie movies nowadays seem to be trying to mix up the well-worn concept.

Zombies took over the world and Pitt is the only one who can stop them. Armed with long hair and a scarf, he travels to the middle of the ocean, South Korea, Israel and more to find the solution.

Plenty of aspects of the film are enjoyable.

The cinematography is tactfully chaotic. Many action scenes were shaky and confusing, which was clearly done intentionally.

I thought this style may have been a bit overused, but it overall helped promote the suspense and thrill of the film.

Overall, it is a very entertaining film. It is predictable at times, but in zombie movies, it seems difficult to not be.

The producers did a great job earning the interest of the audience. Plenty of time is dedicated to setting up the family dynamic and showing Lane’s motive. There were some shortcuts, but the film was simultaneously action-packed and relatively in-depth.

The plot was slightly silly, though.

Plenty of movies, like “I Am Legend,” try to combine zombies and science. This is ridiculously pointless to me.

I am not saying zombies are not cool. However, claiming a strain of rabies render humans dead — yet still animated, with superhuman strength and speed — is difficult to get past.

Not to spoil the big finale, but the way Pitt saves his own life and “buys time” for the world is by injecting himself with a terminal virus. This is also very hard to get behind, for several reasons.

One: The zombies, who throw themselves off buildings, into barrages of bullets and barbed wire to eat people, are apparently smart enough to recognize disease in someone and not eat them.

Two: The zombies only have sight and sound. Their noses do not work, but they still can somehow notice and actively avoid sick people.

They stop chasing food when they hear a loud bang. These zombies are incredibly dumb, but they can somehow see or hear an illness.

A second movie was allegedly in the works but got canceled. I guess they got tired of zombies too.