‘To All The Boys: P.S. I Still Love You’ in review 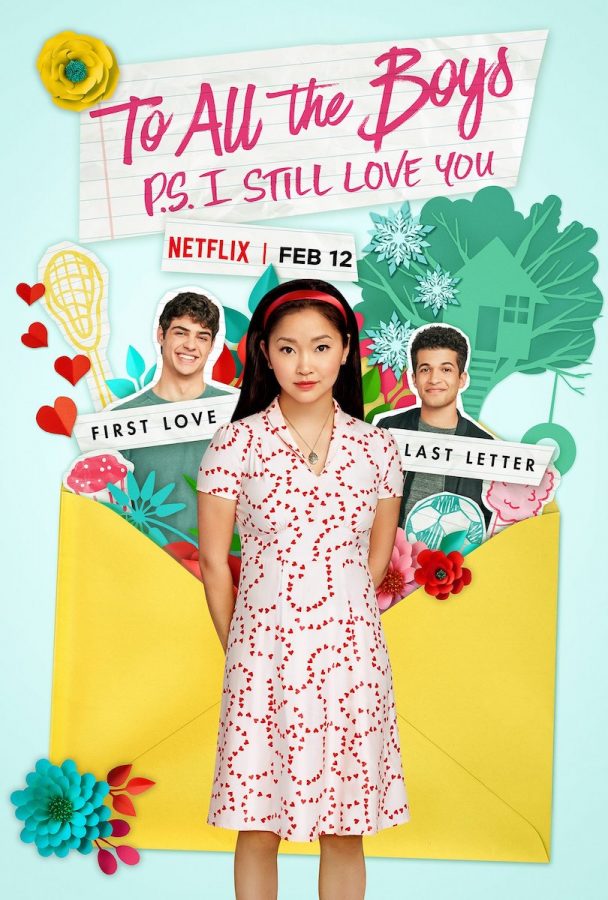 Following the well-worn formula laid out by movies such as “Pretty in Pink” and “Sixteen Candles,” the first film depicts Lara Jean, played by Lana Condor, as the shy girl who never had a boyfriend. “To All The Boys: P.S. I Still Love You” disassembles the happy, clean ending, only to end in the exact place it began.

In my opinion, movies about high schoolers are almost always corny, predictable and cringe-inducing. There are exceptions, but “To All The Boys: P.S. I Still Love you” is not one of them. The movie and it’s predecessor, “To All The Boys I’ve Loved Before” were packaged in an appealing fashion, but as a whole, the series felt like a worse version of the countless 1980s high school romantic comedies that were already cheesy 30 years ago.

“To All The Boys I’ve Loved Before” is the first in the series, and essentially a carbon copy of a John Hughes movie. The newest film, titled “To All The Boys: P.S. I Still Love You” feels like a quantity over quality situation.

Both movies were surprisingly well shot and made every scene feel different. The style of the movie presented a feel-good ambiance, with vibrant colors, upbeat soundtracks and detailed sets.

Every actor played their roles well, and other than Janel Parrish, the 31-year-old actress inexplicably playing an 18 or 19-year-old college student, the casting was a success. That’s pretty much where my positive feelings towards the film end.

My issues with the film lie not with the acting or directing, but lie instead with the plot and writing.

I believe the reason John Hughes movies are so enjoyable is not because of the complex plots or genius writing, but because they’re easy to watch, relatable and have happy endings. Teenagers, feeling constantly confused and misunderstood, have found solace in these movies for decades because they end in an organized and simple fashion while relating to their experiences.

Following the well-worn formula laid out by movies such as “Pretty in Pink” and “Sixteen Candles,” the first film depicts Laura Jean, played by Lana Condor, as the shy girl who never had a boyfriend. She has an unusual experience that concludes with her ending up with Peter Kavinsky, played by Noah Centineo, the guy she unexpectedly develops feelings for. It’s a plot that can be described in many ways, none of which involve the words unique or innovative.

The second movie completely undoes everything the first movie worked toward. “To All The Boys: P.S. I Still Love You” disassembles the happy, clean ending, only to end in the exact place it began. The first movie wasn’t entirely necessary, given that the plot had been repeatedly executed by other movies, but the following movie has even less purpose, feeling like another Netflix money grab.

All the characters in the movie are even more predictable than the plot.

The quiet girl who thinks nobody notices her. The jock who seems like a self-absorbed moron, but is then revealed as sensitive and kind. The smart guy who has always had feelings for the girl. The supportive, individualistic friend. It’s a cast of brat pack characters repackaged in modern clothes and a more diverse cast.

I don’t want to be too negative, because I understand the movie isn’t for me. 20-year-old college guys who rarely watch a movie without at least some violence are likely not the target audience of “To All The Boys: P.S. I Still Love You.” If I had to guess, I would say the movie was more likely intended for middle school or early high school girls, a demographic which I have never and will never be able to relate to.