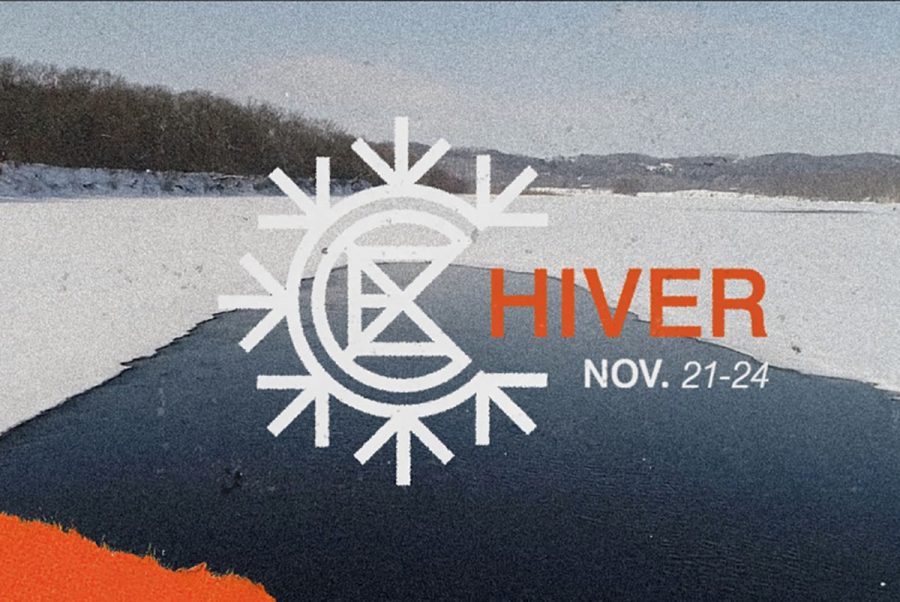 The lineup consists of a mix between bigger and smaller names in music, as well as visual and literary artists, according to Rebecca Roche.

The festival, called “Hiver,” after the French word for “winter,” will take place November 21-24. The lineup comprises a mix between bigger and smaller names in music, as well as visual and literary artists, according to festival manager Rebecca Roche.

“We took a year off with the intention of restructuring and thinking about how we wanted to make Eaux Claires Festival the best it could possibly be,” Roche said. “This is our awakening, our starting again, our planting seeds—having a smaller festival full of heart and soul and creating new work.”

Roche said after a few months of preparation, they have structured the winter festival into three main events.

The first is the 37d03d (or “people,” spelled upside-down) festival, a collection of performances and collaborations by over 20 artists that spans two days- November 22 and 23.

Roche said the artists were hand-selected by festival curators Justin Vernon and Aaron Dessner, who are also featured in the lineup. Other artists include Gail Ann Dorsey, former bass player to David Bowie, and Michael Perry, a Wisconsin native and New York Times bestselling author.

The 37d03d group will meet a week prior to the festival to collaborate and create new works to be featured in Hiver, Roche said.

She said these performances will be “intimate, warm and immersive,” in hopes of appealing to Eau Claire residents as well as Festival regulars.

One such regular is Carl Fossum, a second-year chemistry and physics student. He has attended all four previous Eaux Claires festivals and said he hopes to score tickets to Hiver’s events as well.

Fossum said he likes to see a mix of both bigger and more local artists and was glad to see that reflected in Hiver’s 37d03d lineup.

The second two Hiver events, however, are on a larger scale, Roche said.

First is Ani DiFranco and Justin Vernon in Conversation, which will take place at the RCU Theater in the Pablo Center and feature the artists mentioned.

Roche said she describes this event as “a mix of conversation and music and I’m imagining a few surprise guests.”

Finally, the Come Through event, also at the RCU Theater, consists of “incredible contemporary dancers” and music by Bon Iver and will take place at three seperate times throughout the weekend, Roche said.

“We think there’s something for everyone,” Roche said. “It’s a nice way to say, ‘we’re back.’”

Each event requires a separate ticket, and Roche said space is limited.

Tickets for Ani DiFranco and Justin Vernon in Conversation and Come Through can be purchased at the Pablo Center’s website, and 500 37d03d tickets will be available at the same website on Oct. 15.