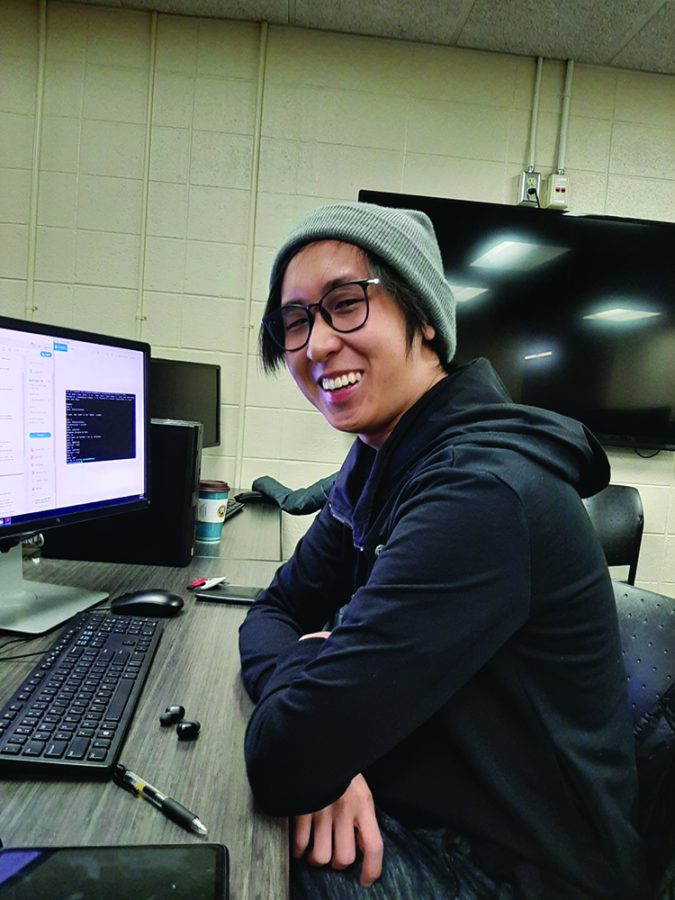 Patrick Yoong moved to the United States from Puchong, Malaysia to pursue a degree in computer science.

Yoong said he was originally interested in UW- Eau Claire when he found out that it was affordable for him and that there was supposedly good food in Eau Claire.  He said currently, one U.S. dollar is equivalent to four Ringgits in Malaysia, and that’s almost four times the difference.

When coming to the United States, Yoong said he was fearful of what was to come, since he’d never left his home country.

“Before coming to the States, I would hear nasty stories about people, being told to lay low and to blend in with crowds,” Yoong said. “However, I’m surprised that people aren’t all that different.”

He said one thing he struggled to understand when he first arrived in Eau Claire was the LGBTQ culture. He said it seemed like it wasn’t a big deal initially until he learned more about it.

“Every animal deserves to be loved,” Yoong said. “Being an animal lover, it absolutely delights me to see the difference between animals here and back home.”

Yoong said he used to volunteer at animal shelters and soup kitchens in Malaysia. He also said the weather here in Eau Claire is soothing compared to Malaysia. He said back home, the climate is tropical because it’s located right on the equator.

He said by comparison, Eau Claire is a small city considering the town he came from was twice the size. He said the small tight-knit community feels great.

Aside from being part of the Malaysian Abroad Diversity Club, the key to being able to come to Eau Claire, Yoong said he’s not involved in many clubs here on campus, but he has been scouting out the badminton club. He also likes reading and playing video games, as well as occasionally riding his bicycle.

Yoong is also a member of the Malaysian Scouting Movement, which is equivalent to Boy Scouts and Girl Scouts combined. He said he has participated in events like international jamborees and 80 kilometer hikes. Yoong was also an assistant leader for his scouting troop for three years in a row.

Yoong said he leaves an influence on others by bringing a sense of culture awareness to others.

“I like to think I make people think critically about how they carry themselves in life,” Yoong said.

He also said he loves philosophical thinking, questioning one’s self and how people carry themselves. It’s one of his favorite conversation topics, he said.

Since he enjoys conversing with others, Yoong said one of his biggest challenges so far is people understanding him. He said that because he speaks English with an accent, it usually takes people two or three times before fully understanding the context of what he’s saying.

Because he’s so far away, Yoong stays in touch with his family often, he said.

“Recently, my dad and brothers have a weekly Sunday video call,” Yoong said. “We don’t usually discuss anything important, we just horse around and joke like we usually do.”

After graduation, Yoong said he plans on doing an internship and applying to IBM in Malaysia; however he is still working up a plan to get some working experience in the United States beforehand.