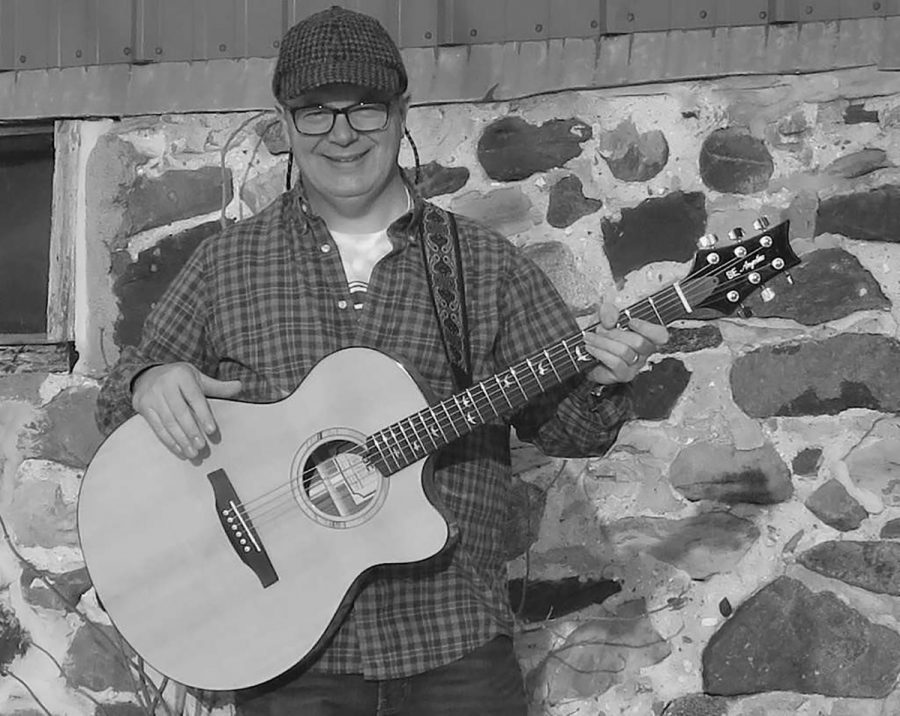 Jim Phillips and The Jim Phillips Project will be performing live at The Center on May 5 for the CD release party.

Making music and teaching chemistry are not just phases in Jim Phillip’s life — he’s been doing both for a long time.

Phillips has been playing and writing music since college days, he said.

About a year and a half ago, Phillips began compiling some songs he had written in the last few years, and, at the behest of friends who encouraged him, set about to make a CD, he said.

“It’s the culmination of a long-term project,” Phillips said.

Converge Radio has been playing the album, and there’s “a lot of traffic on Spotify,” he said.

“The album seems to be resonating with people,” he said.

Phillips said some songs were a “breakthrough,” allowing him to connect to his thoughts and emotions in a way he hadn’t had to consider before. He wanted the lyrics to convey some personal issues in a relatable way, he said.

“I think it took a long time for me as someone who’s trained in the brain business to put that emotional vulnerability into the lyrics,” he said.

Although creating an album bears a lot of similarities to initiating a research project in the chemistry lab, it was a learning experience, Phillip said.

“It’s more alike than it is different,” Phillips said. “There’s a lot of creativity in the scientific process that people underestimate.”

The process for getting the album made is “longer than you can possibly imagine,” Phillips said.

It began with Phillips writing the songs — some of which he’s been mulling over for over 15 years — and choosing which ones he wanted on the album. He then decided which instruments he wanted to use, and except for the drums, wrote most of the parts for those.

“(I) even (wrote) some of the flute melodies,” Phillips said.”I actually got out staff paper like the good old days.”

Next was finding artists to perform on the album with Phillips.

Phillips sang lead vocals and played guitar; John LeBrun played the drums; Dan Zerr, for whom Phillips frequently plays bass in the band, Dan Zerr and Friends, agreed to return the favor and played the bass for “Phase I” and did background vocals; Julie Majkowski played the flute; and Lucas Fischer agreed to take on lead guitar.

They spent several days in November 2017 at the Pine Hollow recording studio, just a few minutes outside of Eau Claire. Just because of the sheer number of people needed to record the album, they set aside a few days and people would come and go as they were able.

Some people would be leaving just as LeBrun got there to record, he said.

“Not everybody can be in the studio at the same time,” he said.

After all the instruments and vocals are recorded, you think it’s the end, Phillips said, but wait! There’s more!

Still working with Pine Hollow, Phillips said there was a lot of “back and forth” working on the mix and cleaning up tracks, before it was finally sent to a guy out in Seattle for mastering, which is working out the little details, like the song order and the amount of time between songs.

“He kept sending me a zip file with my songs on it,” Phillips said. “It felt weird to me. They should have to go listen to a tape or something like that.”

Phillips was involved in the process every step of the way, he said.

He even got a say on the cover art.

Phillips said he knew someone from high school who did cover art for some pretty famous acts like Hootie and the Blowfish and Bob Weir of Grateful Dead and RatDog. It took six weeks to finally come up with a design that he was happy with, he said.

Finally, they got copies of CDs and uploaded the song to iTunes, Spotify and Apple Music.

From recording studio to CD, the process took a year and three months.

“(It’s) a dream that I’ve always wanted to do,” Phillips said. Although he’s not sure, he said he might “do this again.” After all, it is called “Phase I.”

Leslie Sutton, a long-time friend of Phillips, said the album was classic rock with a bit of indie.

“It’s just fun,” Sutton said. “Someone who is an accomplished chemist going from the lab to the studio. He succeeded in accomplishing a lifelong goal, and he did it well”

The Jim Phillips Project is having a CD release party and will be performing some songs from “Phase I” live at The Center May 5 from 2-5 p.m., with free food and beverages provided. Phillips is also performing at River Prairie this summer, June 26, from 5:30-6:30.

CDs can be purchased at their release party or at The Local Store.