Founder and co-owner of Eau Claire Games and Arcade finds his head is in the gaming business, but his heart is for others 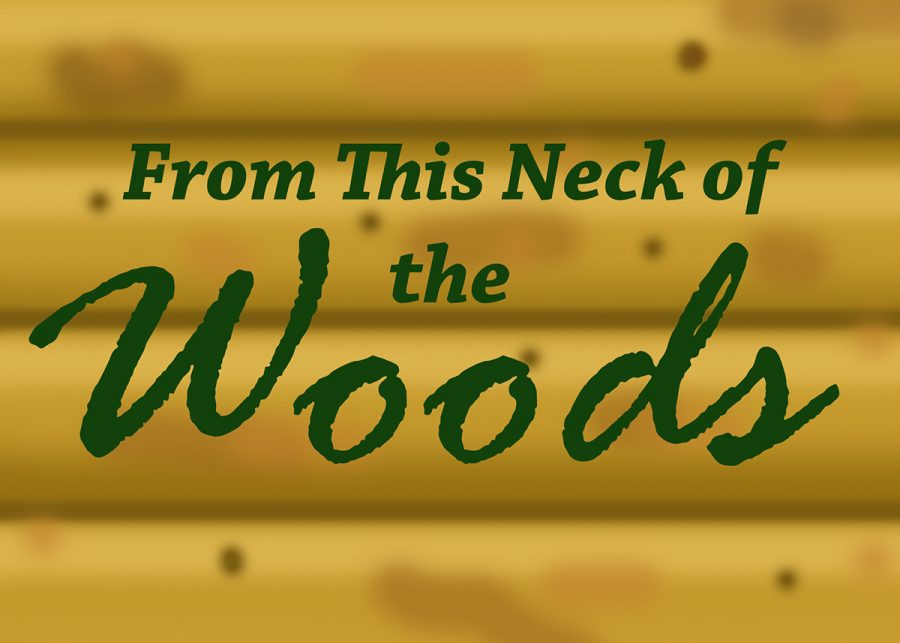 business has not always been his plan.

Psychology, sociology, law enforcement and criminal justice are among the degrees Tim Sexton said he pursued throughout his educational career — his roles ranging from U.S. Marine Corps veteran to an instructor at the University of Northern Iowa and Highland Community College in Kansas.

“Ultimately, my goal throughout this entire process was going into a career field where I would be able to help others,” Sexton said. “I didn’t know exactly where that was going to take

Sexton said his objective to help and connect with people has always been present in the business, where 80s and 90s arcades, video games and tabletop games are offered.

“Our focus is on something that reflects our core value and that’s making sure everyone feels welcome and that we maintain that inclusive environment,” Sexton said. “To feel connected, that’s what it’s all about.”

Kate Coenen, a first-year secondary English education student, said she goes to Eau Claire Games and Arcade every now and then. She said when she and her friends went there for the first time, Sexton greeted them and showed them around.

“He asked if any of us had been there before and he gave us a whole tour of everything,” Coenen said. “It’s really welcoming to go in there.”

People sometimes come into Eau Claire Games and Arcade because they want a place to sit and use the business’ free Wi-Fi, Sexton said.

Building communities and providing people with a place where they can go, Sexton said, is what he wants the business to stand for.

Sexton said he still works in the area of academia, in addition to his work with Eau Claire Games and Arcade.

He has been a social and behavioral science instructor at the Chippewa Valley Technical College for 16 years, he said. This idea of assisting others, Sexton said, is important throughout the average seven classes he teaches each semester.

Work, however, is not the term Sexton said he would associate with what he does at Eau Claire Games and Arcade. Serving as the founder and co-owner is not so much as having a job, he said, but having fun.

According to the description of Eau Claire Games and Arcade on the Downtown Eau Claire website, the business fosters the idea of “social gaming,” which encourages individuals to game with real people rather than “behind your computer screen at home against some random person.”

Sexton said this concept truly does apply to the gaming environment he founded because many individuals who come to Eau Claire Games and Arcade did not previously engage in social gaming.

“I can’t tell you the number of people that have come up to me and said, ‘Thank you,’ or ‘(Eau Claire Games and Arcade) allowed me to find a place where I could be myself (and) develop relationships with others who I would have otherwise never known were out there,’” Sexton said.

Gaming with a computer, Sexton said, does not mean people cannot be social. “Having a business where people can interact and come together really gets at the heart and soul” of who Eau Claire Games and Arcade is, he said.

Collin Abel, a first-year social studies with a broadfield teaching emphasis student at UW-Eau Claire, has been to Eau Claire Games and Arcade several times. He said he finds the place to be “absolutely inclusive.”

“There’s an area that has just pinball games, some of your more tavern-style games, like there’s an entire room that’s just 80s style arcade games, so there’s something for everybody,” Abel said.

When he went, there were birthday parties being held, along with 30-year-olds and college-age students gaming, which made for a very diverse group of people, Abel said.

Sexton said there are stools children can stand on to play games and that he has noticed even people in their 70s who have come to Eau Claire Games and Arcade to relive their pasts.

With the intention of creating an all-ages game and arcade business and his innate desire to help people, Sexton said Eau Claire Games and Arcade serves the purpose he originally wanted it to.

“I think the decisions that I have made … have definitely propelled us to a point where we can offer an environment which does exactly what we intend it to do,” Sexton said. “And that’s to bring people together.”