Moving pictures from far and wide 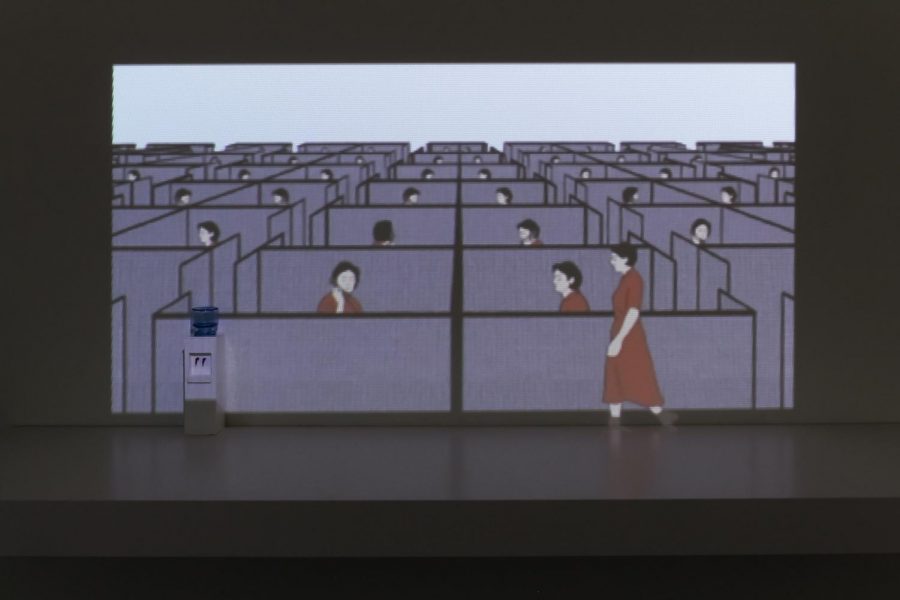 For the last three years, the Chippewa Valley Film Festival has offered an opportunity for videographers to showcase their work for audiences to enjoy. In less than a week, they’re doing it again.

The fourth annual CVFF will be held at 7 p.m. on Saturday, April 27 at Micon Cinemas Downtown. The festival will showcase 17 short films.

This year, the CVFF organizers received more than 500 entries — all of which include a wide variety of genres such as drama, comedy, animation, documentary and experimental.

The event will be split into two sections, the first showing nine films from local and regional videographers. The second will show eight films, all from international filmmakers. Countries such as India, the Netherlands, France, Taiwan and Israel will be represented at the event.

Films range from student-made films to the work of professional videographers — many of which have received awards for their work. After each section — both of which will last sixty minutes — there will be a question and answer session to allow audience members to comment and ask questions to the present videographers.

“The festival will showcase short films that are no more than 20 minutes in length,” Mitchell Spencer, one of the festival’s organizers and curators, said. “The art of the short film is to create compelling images and sound that support an excellent structured plot within a few minutes. The audience will have the opportunity to experience artistic and short films from a variety of genres and countries.”

In the last four years, the CVFF has showcased around 80 videographers — whether they be regional, national or international. Out of the past three festivals, two of them have sold out.

The festival is meant for more than just enjoyment for audiences. It encourages a sense of community, Spencer said.

“The purpose of the festival,” Spencer said, “is to promote, educate and provide artistic short films for the community, to provide the audience an opportunity to discuss with the filmmakers their films, learn from their media and appreciate the short film.”

One featured film by, teacher and graduate film student, Jonathan Wheeler, called “Spin,” is a science fiction film that uses practical effects to tell a futuristic story of space. He was also featured in the 2018 CVFF with his film “Sweep.”

“Last year was the first time I’ve ever shown any of my films in public,” Wheeler said. “As a graduate student working in film, I’ll be showing a lot more of my work in public. I’ve always liked movies a lot but it was in the last two or three years that I realized I can shoot really good video with my camera. I’ve been a photographer for 15 years so I had some experience and in teaching students how to do it, I could get better at it myself.”

Many of Wheeler’s film and art draw inspiration from space, he said.

“It’s been fun to take that fascination with space and turn it into an idea,” Wheeler said. “I find that I’ve been ingesting media in the form of reading Carl Sagan and images from Hubble and I get really excited about space and this universe we live so I artistically make creations about space.”

Inspiration comes in many forms for different videographers. For Hallie Bahn, a graduate student and videographer, film creation involves pushing the boundary and exploring subjects such as status, like in her film “Habitual.”

“In “Habitual” I was interested in investigating bureaucratic spaces and our behavior within them,” Bahn said. “I am fascinated by the subtle power plays that occur every day in administrative spaces—who is summoned for, who creates new things and who maintains the old, who must perform for the public and who only must perform for the institution, who is meant to be invisible. I think we can learn a lot about ourselves and our performance of self through the workplace.”

“I get restless when working on more traditional projects,” Bahn said. “I am attracted to rotoscope because it is able to capture all the nuance of the human bodily experience. It records both the actor’s conscious and unconscious performance and through the transformation from live action to two-dimensional drawing, gives each action the graphic symbolic weight afforded to animation. It becomes unclear who has control over the scene, the artist or the character.”

Samuel Karow, a director and videographer, created the featured film, “The Art Apostle’s Creed,” which shows the story of Matt Bero, an artist in the Green Bay area.

“I’ve made several different films that focus on artists whose work I admire,” Karow said. “I enjoy the challenge of showing the person behind the art. What motivates them. What their process is. In a way, this helps refuel my own creative energy.”

He said he drove past Bero’s “Morty the Moose” mural and decided to meet with Bero for coffee. Karow said he was inspired by Bero’s work and “jumped at the chance to document his journey.”

The films are no joke when it comes to production. While the pictures are often less than ten minutes long, they can take numerous months to create, Karow said.

“With this film, I followed Matt sporadically over the course of a year,” Karow said. “We’re talking maybe one or two shoot days every month or so. Only after I felt like I had enough raw material did I start to shape the story in editing, which becomes the writing process for me. Once editing kicked off, it was a pretty quick turnaround. I was able to complete the film within a month.”

Festivals like the CVFF have given filmmakers an outlet to show their work and get quick feedback, Spencer said.

“I’m always on the lookout for local showcases that screen in a legit theater,” Karow said. “That’s a rare thing in today’s world. And it provides a nice reward and sense of completion. It’s a joy to watch my work with an audience and follow that with a real-life conversation. Not something that’s matched by uploading a film online and just counting the views and likes.”

Bahn also said how feedback like this adds value to her films.

“I am so grateful to be able to show my work through festivals,” Bahn said. “I think it is very important for artists and filmmakers to get their work out there and have it be seen because in doing so we create communities, get validation, learn from each other and are able to grow as makers.”

Tickets for the event are $7 for adults and $4 for youth and can be purchased at Micon Cinemas Downtown or online at miconcinemas.com. Doors will open at 6 p.m.