Musicians of all skill levels to perform in Eau Claire 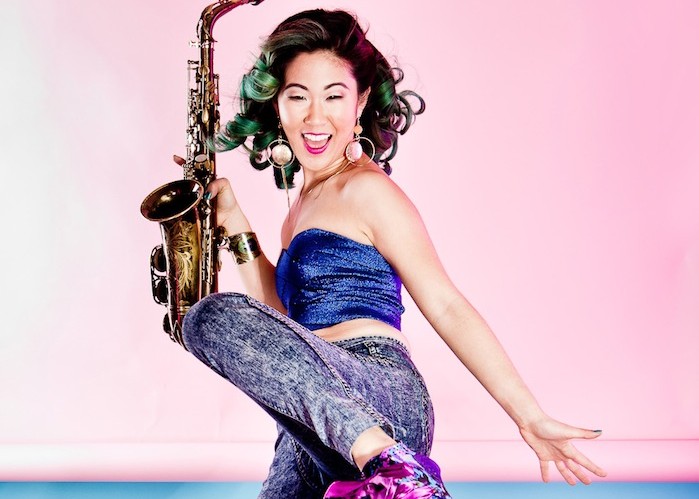 Grace Kelly, a distinguished saxophonist, will be joining hundreds of other musicians to play in the Eau Claire Jazz Festival.

The sound of hundreds of prominent jazz bands from all around the country will be making its way to Eau Claire from April 25-27 in the 53rd annual Eau Claire Jazz Festival.

The festival contains four different sections: the downtown part, the educational experience, the main headline concerts and a concert by Chris Botti.

The downtown 52nd Street was created to be like the “historic” 52nd Street in New York, featuring the spirit of New Orleans, according to the Jazz Fest website. It will take place on Friday, April 26. Over 50 bands will be playing music from 5 p.m. until 2 a.m.

“There’s string groups, rock groups, jazz groups that you’d read about in a textbook, there’s pop groups, there’s funk bands, everything like that,” said Robert Baca, a professor of jazz studies at UW-Eau Claire and the founder and artistic director of Eau Claire Jazz Inc. “It’s a recreation of 52nd street in New York City in the 1940s and 50s where you could hear every type of group imaginable all in one block.”

Students will be free to walk around and enjoy each band’s sound. There will be an incredible number of different styles of jazz that would be present during this event, Baca said.

The educational portion, which takes place at UW-Eau Claire and The Pablo Center, will feature over 130 middle school, high school and college bands of all different musical skill levels, according to the Jazz Fest website.

The second category, the main headline concert, will feature the New York Voices, a group of distinguished vocal artists, and Grace Kelly, whose accomplishments include her role as a saxophonist on The Late Show with Stephen Colbert.

“Chris Botti is the biggest thing in pop music,” Baca said. “He is the most famous and wealthy jazz musician in the world right now. We’ve never had an artist this big in Eau Claire.”

The 52nd Street portion of the festival is a great time for friends to hang out while listening to top-notch musicians play, said Breanna DeNure, a third-year organizational communication student and the communications coordinator for Eau Claire Jazz Inc.

“A lot of my friends and I will go hang out in the street, grab a drink, dress up and listen to music all night,” DeNure said.

Having been to previous Jazz Festivals, Leo Johnson, a third-year marketing student said he had only the highest of praise for the event.

“We have one of the biggest Jazz Festivals in the country right here in our backyard, and even if you’re not in that world, it’s a really cool thing to check out, and it’s a lot of fun” Johnson said.

Tickets for any of the portions of this event can be purchased at the Jazz Fest website.

Zenner can be reached at [email protected].