Jazz Fest: swingin’ down to Barstow

Annual jazz festival: another “hit” for the Eau Claire community 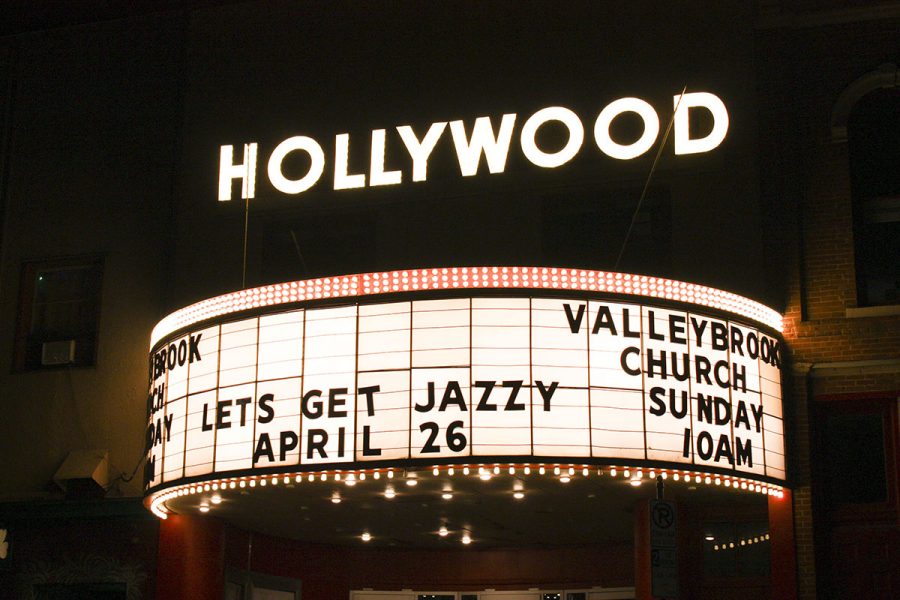 Valleybrook Church’s sign for Jazz Fest lit up the night.

While the sharp temperature was a spot of a treble for some of the attendees, many locals decided to swing by the 53rd annual Jazz Fest this past weekend for an evening of various types of jazz.

Although it had a slow start, attendance keyed up as the night continued and more performances took place, both on the street and within the shops.

Multiple acts took place in a trailer, called the Eau Claire-Stream, set up near E. Grand Avenue in the middle of the blocked-off area on Barstow Street — the main attraction of Jazz Fest.

“There was this fantastic musician,” Nolan Buss, a first-year business marketing and Spanish student, said. “He was doing a one-man band kind of show where he was recording instruments and then picking up another one, and he kept on playing more and more instruments, and then he sang over it.”

Besides the groups performing on Barstow Street, additional performances took place in the Pablo Center at the Confluence. Performances by the New York Voices and Grace Kelly took place inside.

While some participating businesses, like Revival Records and The Plus, were within the four-block length of the festival, others like Volume One’s The Local Store and SHIFT Cyclery & Coffee Bar also participated.

“My favorite part was when we played cards and we were listening to jazz in the Acoustic Café,” Sam Panos, a first-year accounting and finance student, said. “It really brought a lot of the community together because people from everywhere came out, so it wasn’t just UW-Eau Claire students.”