Sama performed alongside Noel Handson and Sloar and Modor on Sunday 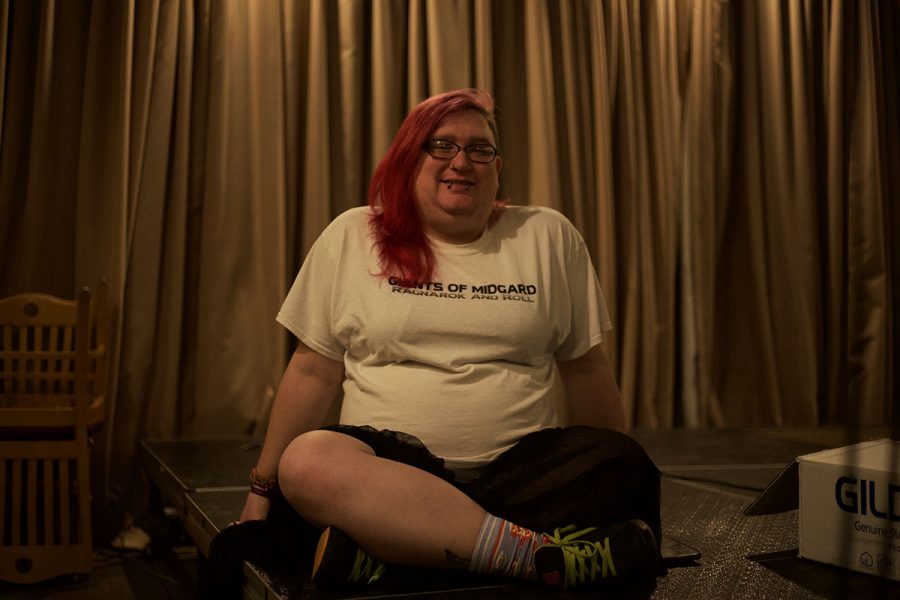 Sama said she expresses who she is in hopes to connect to others who feel the same way.

Sama, a transgender punk artist, performed at The Venue on Sunday alongside Noel Handson, along with Sloar and Modor.

The night started off with Sloar and Modor, the first act, with hard punk rock music. Noel Handson joined along, playing the drums and then performing afterward with just his guitar. Sama performed her main act later on in the night.

Sama returned to Eau Claire to perform before getting on the road again for another tour beginning in April, she said.

I was lucky enough to get the chance to interview Sama and to get to know her and what she is trying to evoke in her music.

Now, being a photographer, I usually will exchange small talk with my subjects, but this small talk turned into a conversation that really expressed who Sama is.

Taking chances and living life the way you want was a big theme in my conversation with Sama.

“Is this life that I’m living?” Sama said. “If it were a book would I read it? If it were a movie would I watch it?”

This really stood out to me, as our conversation led into Sama telling me about the times she was homeless, arrested for standing up for herself as well others and leading up to her following her love for music with nothing holding her back. Sama said the main thing she wants to accomplish in her music is to “reach out to the youth.”

“You can do this,” Sama said. “You can make it through, lift them up, and give them (the youth) courage and strength.”

Being who you are and being proud of who you are is the most important message I took from my conversation with Sama. I walked in thinking I was just going to make some small talk and do my thing behind the camera, but, instead, I was myself and I talked and listened to someone who is, to me, inspiring and a voice to the ones who don’t have one.

Stop wondering what could’ve been and take chances. Your life is too short to follow what others think.

I walked in myself and I walked out as myself but taking even more chances.

Henn can be reached at [email protected]