Callisto A Cappella to celebrate 25th anniversary with upcoming concert 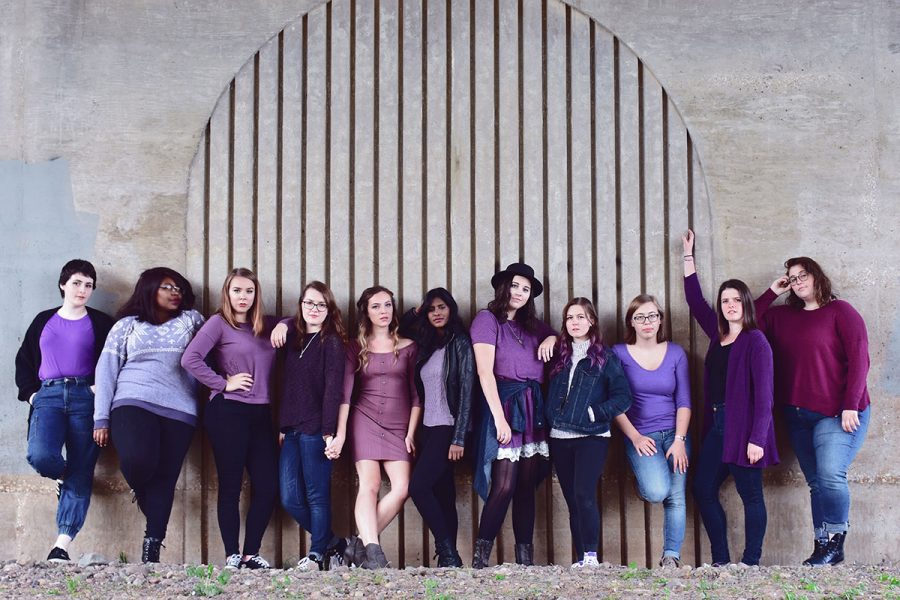 Callisto A Cappella celebrates 25 years of singing songs and making memories after being founded in 1993.

The Callisto A Cappella group will be celebrating their 25th anniversary during their upcoming concert on Nov. 29.

Camille Zahn, a third-year elementary education student and the vice president of Callisto, said the fact that Callisto’s 25th anniversary is this year came as a surprise.

“Something funny about the (25th anniversary) is that we didn’t know about it until we looked at our Facebook page,” Zahn said. “I was editing our page and saw ‘Founded in 1993’ and realized ‘Oh my, God, we’re that old!’”

In an effort to pay tribute to the time periods that Callisto has existed throughout, Zahn said they will be performing songs from decades that range from 25 years before Callisto was founded to 25 years after it was founded.

“We decided to do songs from the decades starting with the 60s,” Zahn said. “But not in linear time. (We’ll) bounce around like we’re in a time machine.”

Allie Ries, a second-year marketing analytics student and president of Callisto, said the a capella group usually performs modern songs at their concerts, so these choices will be a change for the group.

In honor of this milestone in Callisto’s history, both Zahn and Ries reflected on their personal involvement with Callisto and how the group has transformed over the course of their participation.

Zahn said she auditioned for Callisto in the spring as a first-year student and felt immediately welcomed by the group because of their relaxed, laid-back nature.

The group has maintained its accepting atmosphere to this day, as Zahn said she still feels like she and the other members of the group are valued by one another.

“When I’m (at rehearsal), I know I matter,” Zahn said. “We’re a really great, accepting group who has fun making music.”

Ries joined in fall 2017 and said she has noticed the group has become more focused on the music.

“(Callisto has) always been very good, … but their primary goal was to be friends who sing together,” Ries said. “Now something that’s changed quite a lot is we’re more music-orientated. We build friendships rather than (being) a group that is exclusive to friends.”

Ries also said Callisto does more performances now, and Zahn said the group has an average of about three performances a semester. Callisto performed at the Viennese Ball last year. They also participate in A Cappella Extravaganza every year, hold a concert at the end of each semester and attempt to perform at community events, such as luncheons.

Zahn said Callisto has transformed in size throughout her semesters as a member. Last fall the group comprised five members but that number has increased.

Providing more insight into the group, Zahn and Ries said they have established several rituals over the last few semesters. From eating at Burrachos and singing “Boogie Woogie Bugle Boys” by the Andrews Sisters at every concert, to having Ries’ bunny Henny named as the Callisto mascot, the group has many traditions they share.

On a lasting note, Zahn reflected that through the changes and continuing or emerging rituals, Callisto remains a group that thrives because it functions as a safe environment and connects its members through music.

“We have so much going on as students, so we come (to rehearsals) to escape school,” Zahn said. “You have a really strong connection with people when you make music with them.”

Callisto’s upcoming concert starts at 7:30 p.m on Nov. 29 in the Schofield auditorium. Admission is free.