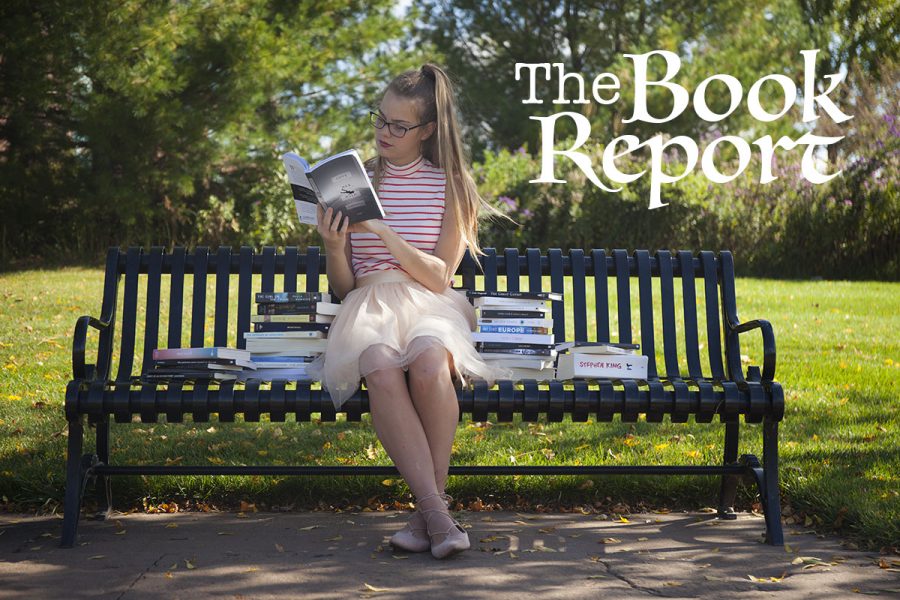 Don’t hate me, but I’ve never seen the movie “The Princess Bride.” I have to get points for reading the book, though.

The 1973 novel, written by William Goldman, is riveting, to say the least. It combines action, romance, wit and humor expertly in a story unlike any other. Following characters such as Buttercup, Wesley and Prince Humperdinck, there truly is never a dull moment in the book. When the plot has the potential for a lull, Goldman himself interrupts.

Throughout “The Princess Bride,” the author interjects with comments, as though this is a book he didn’t write. In fact, he says the story was actually written by someone named S. Morgenstern and claims he simply abridged it into the “good parts version.” This is a bit confusing, and some (like me) might not catch on to the fact that there is no S. Morgenstern until someone kindly points out that it’s just one of Goldman’s literary devices.

At the beginning of the novel, Buttercup is a normal young woman living with her parents. She’s in the world’s top twenty most beautiful women, loves riding her horse and makes fun of the stable boy, Wesley. That is, until the countess comes onto her family’s property and flirts with him, throwing Buttercup into a jealous rage.

She decides to confess her love for Wesley because she simply cannot live with the thought of him being with the countess. At her admission, he says nothing and simply shuts the door in her face. The next morning, however, Wesley comes to Buttercup, finally admits his reciprocal love for her and tells her he must leave immediately to find fortune in America.

When Buttercup later hears of Wesley’s death at sea, she locks herself in her room for days on end, speaking to no one and ultimately swearing to never love another man for as long as she lives. Her profound loss turns her into the most beautiful woman in the world, thus highly sought-after.

Meanwhile, as the king’s health declines, the prince realizes he needs to take a wife in order to rule the kingdom after his father’s death. Because she is so striking, he settles on Buttercup, who, faced with the prince’s ultimatum of marriage or death, accepts the proposal but tells the prince she will never love him. He says their partnership needn’t have anything to do with love, and she moves to the kingdom.

During a ceremony where she is introduced to the common people as their next princess, Buttercup walks among the crowd. Three men, Fezzik, Inigo and Vizzini, kidnap her. On their journey, they are stopped by a man in black who outdoes them one by one, taking Buttercup for his own.

The prince, an excellent albeit cocky hunter, tracks down his soon-to-be bride and her kidnapper, trapping the latter in his five-level personal zoo, where he tortures and kills him with the help of his count.

Of the initial three kidnappers, only Fezzik and Inigo survived the man in black’s victory. Once they reunite without their leader, they find the man in black dead and take him to a miracle man who brings him back to life. Their mission is to defeat the prince and set the princess free.

“The Princess Bride” is hard to put down. Because of all the action and the forward-moving plot, it seems to fly by; it’s a true page-turner. Inevitably, one does have to take breaks from reading because of other obligations, but some of the chapters are so long it seems like there isn’t always a great stopping place, which is the only problem I had with this book.

Goodreads gives the novel a 4.3/5 stars, while Amazon rates it at 4.7. I have to agree with Amazon on this one. “The Princess Bride” might very well be one of the most captivating books I’ve ever encountered, and it’s great fun to read aloud.

To find out the identity of the man in black, to see if Buttercup ever escapes the prince or just to compare the book to the movie you’ve probably already seen, read “The Princess Bride” by William Goldman (not S. Morgenstern).