Nationally known comedian performs at The Plus 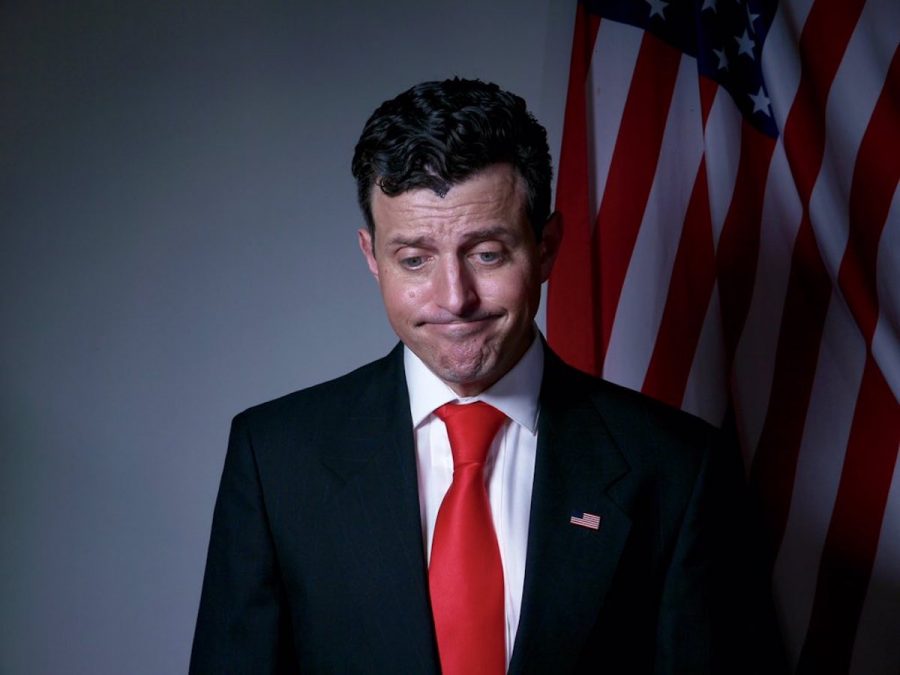 Fairbanks has performed at venues like Conan, Jimmy Kimmel Live and Comedy Central.

Has retirement brought out the lighter side of Paul Ryan? Probably not, but that hasn’t stopped one comedian from dreaming.

Following Main’s opening act and a few technical difficulties, Fairbanks joined her on stage. Main, who said she has been performing in comedy for about six years, slipped into her role as a reluctant town hall moderator as Fairbanks, donning a suit and Paul Ryan’s signature hairstyle, took on the persona of our soon-to-be-retired Speaker of the House, answering questions from both Main and the audience.

Fairbanks, who has been working in comedy for 17 years, said this new routine was inspired by his physical similarities to Paul Ryan. After posting some photos of himself dressed as Paul Ryan on Instagram, it was Main who conjured up the idea behind the final result.

“I was thinking about how stupid it is that Paul Ryan doesn’t give town halls, and I was mad, and then I thought, ‘Oh, wait. What if we did town halls?’” Main said. “I thought, ‘I know a guy that looks like Paul Ryan,’ because I saw his Instagram photos.”

After pitching the idea to Fairbanks and his manager, a satirical and ironic routine reminiscent of those seen on Saturday Night Live or The Colbert Report was born. Issues like gun control, women’s rights, healthcare, and President Donald Trump’s winning personality were all addressed from the cringingly honest perspective of Paul Ryan.

Fairbanks said a lot of preparations were put into this routine. Initial planning began last December, and final decisions were made just hours before the performance. Main said the final result did not match what she had originally envisioned, but it turned out well regardless.

“We revamped it because, of course, (Paul Ryan) has announced his retirement.” Fairbanks said. “It almost seemed like it was easier, doing it that way, because I’m not a politically savvy person, and I’ve been watching him and studying him to the point where it makes me feel bad. But oddly, we both agree that when we watch him, his personality is almost kind of charming. So it’s like, ‘Let’s focus on that, and then we’ll both make little remarks on the terrible things he’s said.’”

Kali Drachenberg, a junior international business student at UW-Eau Claire, attended Friday’s show with her friends. Drachenberg said she had seen Fairbanks perform on Conan and she enjoyed a routine that poked fun at Republicans.

“I loved it,” Drachenberg said. “I think it’s just a lighter way to think about political things, so I guess it’s just more enjoyable to have a lighter-type feel.”

Fairbanks and Main said they were pleased with the outcome of their debut but had plans to improve things for the future. The pair shared smiles as they talked about how fans on Twitter were already beginning to tag Paul Ryan in posts about their new show. Fairbanks said there would be a promotional video for the routine in the works, possibly featuring life in retirement for Paul Ryan.

“We’re going to try to show the human side of Paul Ryan,” Main said with a laugh. “I hope he’s mildly annoyed with us, at least.”

The pair will continue on with their show’s debut five-show run. Their second performance was in Chicago on Saturday.