‘It’ floats to Woodland Theater

A preview of the popular horror movie 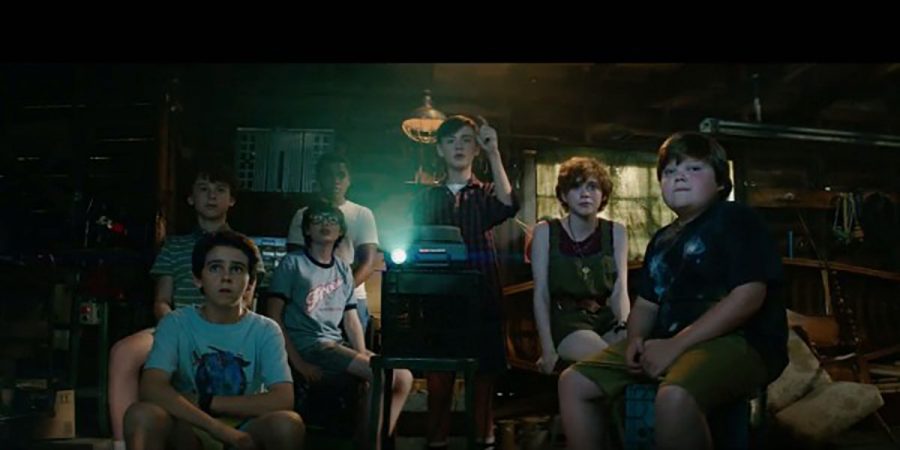 “It” is a terrifying take on the classic coming-of-age theme.

Based on the horror novel written by Stephen King, this generations’ “It” takes the horror genre to new heights. This movie rendition was directed by Andy Muschietti and is showing in Woodland Theater this weekend.

The film, which premiered in 2017, is a remake of the original 1990 movie; both films are cinematic renditions of the original novel published in 1986. The movie sets itself in a small town named Derry, Maine during the year 1989 and follows a group of children who find themselves at odds with their peers. The kids are drawn together after a series of kidnappings catches the attention of everyone in Derry.

They end up investigating and find an evil that emerges every 27 years, each time as a new entity. This time the evil appears as a clown named Pennywise, and over the course of one summer the group of kids band together to defeat the dancing clown who resides in the sewers.

The cast consists mainly of child actors and includes the notable Finn Wolfhard who also stars in the popular Netflix series, “Stranger Things.” One of the few adults in the cast, Bill Skarsgard, takes on the role of Pennywise.

“It” could easily be the scariest movie viewers ever see. The jump scares can keep them on edge throughout the entire movie. This movie surprises with the backstory of the evil entity, as there is a horrifying history of the town of Derry and the evil that lurks there. The inclusion of this story adds an entire new level of interest as the kids must solve the mystery of the clown to defeat it.

The performance of the young actors in this movie is amazing and is the most memorable part of the experience. Each actor brings a unique personality to their characters that makes viewers become more invested in their safety.

The aesthetics of the new film greatly outdo the original ‘90s version. The original film adaption was much cheesier than this new take on the novel.

The costuming of the townspeople and children are evidently ‘80s styles, and Pennywise’s outfit is a creepy take on the classic clown look.

Along with the costumes, the sets are also well done. Most of the filming was done in a town outside of Toronto, Canada and the set designers did a great job of transporting this modern town to the past. Every location has an eerie atmosphere that make viewers wonder why people live in that town in the first place.

One con of the movie is that it’s so scary you might not be able to look at sewer drains without your heart rate increasing afterward, even if you had no problem with clowns beforehand.

That won’t stop viewers from watching the sequel when it premieres next year.