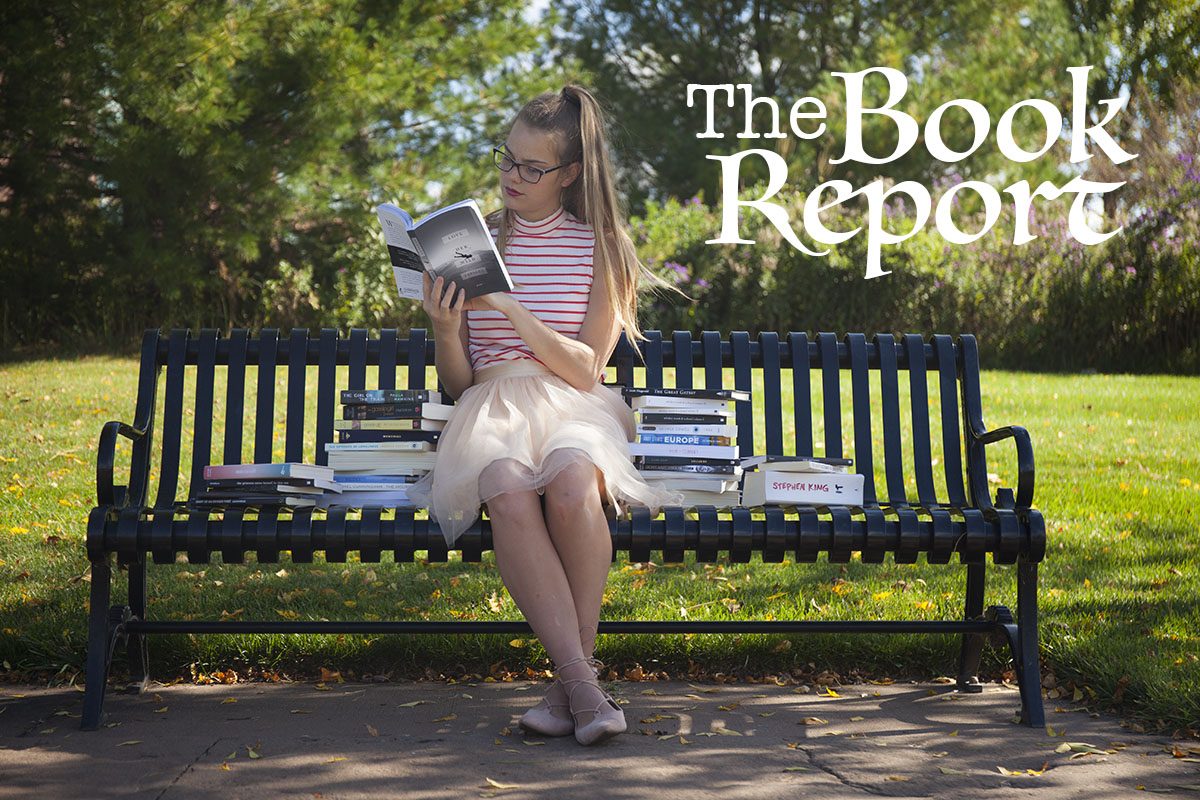 Most of us have experienced heartbreak at some point in our lives. I’m going to go out on a limb and say if you’re reading this, you probably haven’t died of a broken heart. Brie Eagen, on the other hand, has just died of one, and oddly enough, that’s where her story begins.

In Jess Rothenberg’s “The Catastrophic History of You and Me,” 16-year-old Brie’s boyfriend Jacob tells her he doesn’t love her. Just when she thinks things couldn’t get worse, the heartbreak kills her.

The rest of the book is spent in the afterlife, where Brie must figure out how to come to terms with both her breakup and her death, navigating through the five stages of grief. Along the way, she befriends Patrick, who helps her work through this challenge.

Brie weaves her way through denial, anger, bargaining, self-pity, acceptance and closure in a way familiar to most teenage girls — a little dramatically. She tells her story in a combination of “real-time,” forward motion and flashbacks into her life, which enrich the story with vital details. Her slice of Heaven looks familiar to her, almost mirroring the world she knew while she was alive. The problem is no matter how hard she tries, in the afterlife, she can’t go back home.

This eventually makes the separation between life and death clear to her, although she desperately wants to believe she is not dead. While she’s trying to understand, so are her living cardiologist father — ironic, I know — and ex-boyfriend, whose perspectives we also meet along the way. Readers learn throughout this story that love and friendship are complicated, people are constantly grappling with the decisions they make and there is always more than one side of the story.

Although this novel is admittedly targeted toward girls and young women, I think other demographics could find interest in the story’s message as well: Love is messy. We all know it, and this book is a charming illustration of just that.

The first time I read this book, I was probably in my first or second year of high school and had never personally experienced heartbreak. Reading this made me feel as though I had. I found it easy to put myself in Brie’s shoes and thus felt every emotional line down my core.

Goodreads gives this book 4 out of 5 stars, while YA (Young Adult) Books Central users rated it at a 4.4. I’d probably give the book an even higher rating, putting it at 4.5 stars. This is one of my favorite novels, and the message and storyline have stuck with me through all these years.

Rothenberg does an excellent job creating a realistic main character in this novel. Brie is interesting, genuine, at times impulsive and relatable. She learns from her mistakes and matures as both a person and a character throughout the story, which is interesting, considering she is dead.

The book itself is an emotional rollercoaster, taking readers up to humorous peaks and down to gut-wrenchingly sorrowful lows. Despite the subject of death, the story mirrors life and all its complications, telling a beautiful story intertwined with practical messages.

If you want to read about life, love and growth after death, read “The Catastrophic History of You and Me.” Your teenage self will thank you.