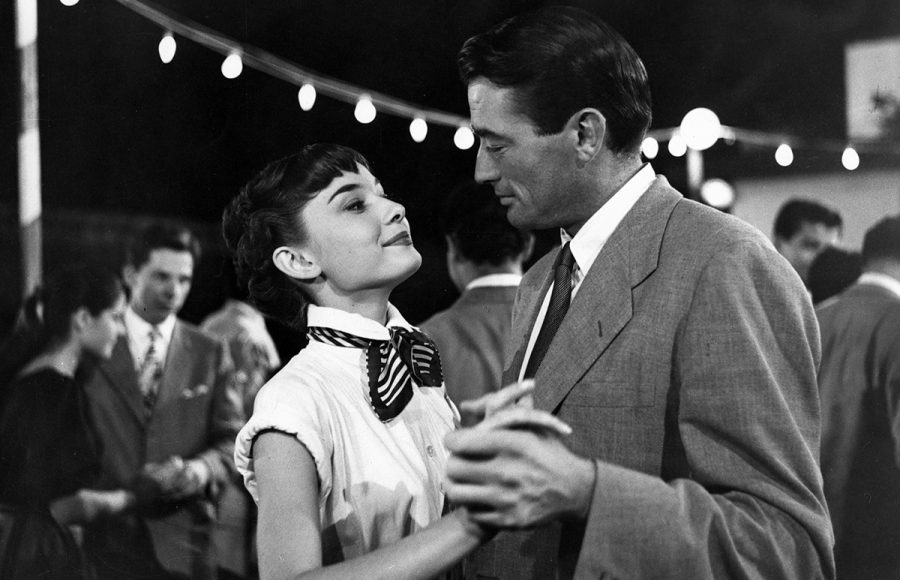 Audrey Hepburn stars in the 1953 romantic comedy, “Roman Holiday,” playing at the Woodland Theater this weekend.

In William Wyler’s 1953 romantic comedy, “Roman Holiday,” a youthful European princess by the name of Ann (Audrey Hepburn) grows tired of her tedious routine and royal responsibilities, fleeing to the city of Rome without permission from the embassy for an unprecedented break from the crown.

However, Ann’s quiet vacation quickly turns into a romantic getaway as she crosses paths with a handsome American reporter named Joe Bradley (Gregory Peck). Bradley, who originally seeks a friendship with Ann in hopes of securing a high-profile news story and a hefty check, eventually changes his tune as he grows closer to the princess.

After a couple of days’ worth of exciting adventures around the city, Ann feels pressured to return to her duties at the embassy. Meanwhile, Bradley’s editor starts questioning the whereabouts of the story on the princess. As time presses on, the romantic duo is forced to make difficult decisions all on their own that have the potential to make or break the future of their relationship.

Hepburn is undoubtedly the star of the show, making her debut Hollywood performance in the film. She earned an Academy Award for best actress in the role, accurately portraying Ann as a happy-go-lucky, sheltered young woman experiencing the hustle and bustle of a foreign city for the first time. Throughout the film, Hepburn’s charming disposition allows the audience to connect with her emotions in every scene, from the excitement of escaping the embassy to the heartbreak of choosing between a life on the run or royal duties.

Peck is a superb supporting actor, cultivating a convincing romance between his character and the princess. While I was originally wary of Bradley’s honesty as he tried to scam Ann into providing him with quotes for a story, Peck did a wonderful job of portraying his character’s transition from scandalous scheming to genuine care for the princess.

Although the film faces some flaws in the form of a dated black and white color scheme as well as a moderately unbelievable plot, the triumphs outweigh any setbacks. The opening screen provides text stating that the movie was shot “in its entirety” in the city of Rome. Such a fact accents the city’s culture, providing the audience with a comforting reassurance of the storyline’s accuracy throughout.

In addition, the film utilizes a soundtrack of solely instrumental scores, allowing for the perfect lead-in to emotional scenes and high-energy moments, such as Ann’s escape from the embassy or the couple’s romantic first kiss.

Earning a 98 percent on Rotten Tomatoes from critics and an overall user rating of 4.1 stars (out of five) on the site, the film is ultimately deserving of its numerous accolades and praise throughout the years.