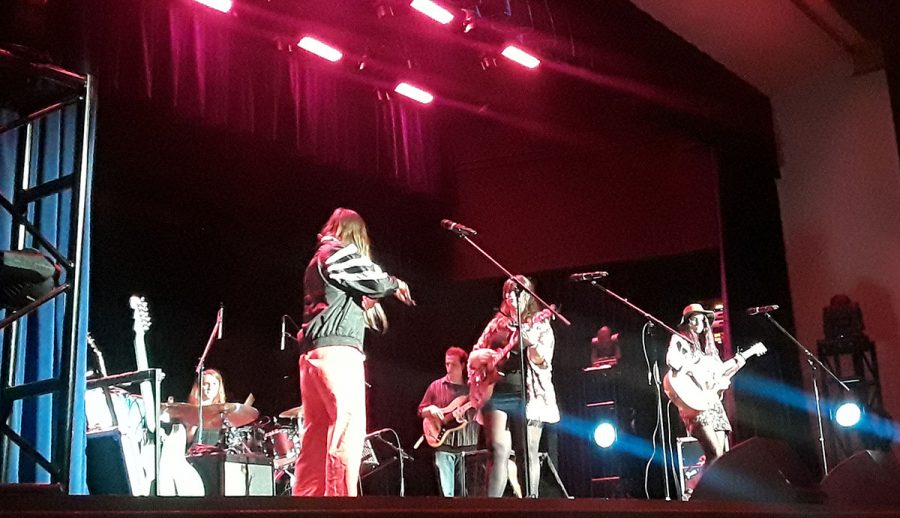 According to the International Justice Mission (IJM), over 40 million people are trapped in slavery today. Although slavery is illegal in most parts of the world, children as young as 4 years old continue to be exploited as slaves.

“People trapped in slavery live under constant control and fear. They face physical, verbal and sexual abuse daily, and cannot leave to find other work or protect their families,” IJM reported. “In IJM’s cases, we have met slaves who report being beaten, gang raped, locked in tiny rooms, starved and even witnessed murder.”

IJM, a global organization aimed to combat these injustices, held Jam for Justice last Friday, Nov. 17 in Schofield Auditorium to create awareness for the various forms of slavery happening around the world.

The event featured local musical groups such as Last Romantic, LASKA and Nick Anderson and the Skinny Lovers.

“Most people aren’t aware of modern slavery, much less the warning signs,” Tracy said. “Becoming aware is the first step to help people who can’t advocate for themselves.”

Members of the community and students crowded Schofield Hall to listen to jams in the name of justice. The event commenced with a moving video by IJM, which articulated the horrors of modern-day slavery.

“People prey on the easiest victims — the poor — because they think no one will advocate for them,” the video said. “We (IJM) do not go away; we stay with survivors until they are healed, until they are free.”

With this message in mind, the music began, intermittent with speeches by IJM members Anna Perry and Tracy, as well as event organizer Logan Paul Johnson. Although the music was the main attraction, the true purpose of the event was never lost.

Eli Klatt, a junior advertising student, said he was encouraged to attend the event by his co-workers who performed in Last Romantic and LASKA.

Although slavery may seem like a thing of the past, IJM made clear that slavery is not only relevant but also a serious global issue. More information on how to end modern-day slavery can be found on the IJM website.

“Making change, both globally and locally, is possible,” Tracy said. “It takes a lot of coordinating and organizing to make it happen, but there is hope.”