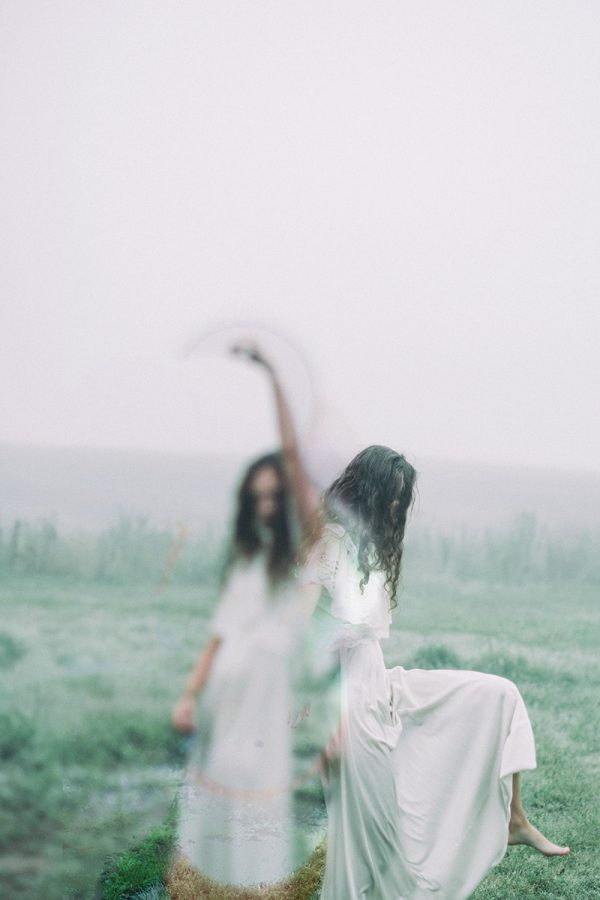 Elly West enjoys doing photography alone and finds joy in taking self-portraits. Although she said it is stressful getting the perfect shot, taking photos makes her happy.

There’s more to photography than meets the eye. Lighting, angles, perspective and subject matter capture the attention of those who call this art form their own.

Elly West, a student at UW-Eau Claire, said she was able to find her own style with photography through “painting with light,” and she aims to dedicate her career to the art form.

“I think that I’ve just become a better person knowing that I can create art,” West said. “I feel like I found a light … Photography in general made me feel like I’m alive.”

The senior BFA student will be graduating in December with a degree in photography. Besides this specialization, West also draws and incorporates mixed media into her creations, such as wax and ink washes.

West began her journey in photography as a child with her mother’s point-and-shoot camera. Taking photos of anything and everything, she said she became addicted to it.

West said her past influences her photography, and she aims to bring awareness to mental health through her art. Having experienced a “dark” past, she said she learned a lot from it, and photography helped her move forward in life.

Taking mostly self-portraits, she said she enjoys controlling all aspects of the photo process. When she models, she said it is an appropriate way to share her own experiences.

Through the art program at Eau Claire, West said she learned how to make her work more conceptual and gain experience with the art form.

Her photography classes incorporated critiques and allowed West to learn from her classmates. One of her fellow photographers, Lily Anderson, has been in most of West’s art classes throughout the program.

Anderson, also a senior BFA student who will graduate in spring 2018, said West’s photography is thoughtful and has inspired her own art.

“In some of my own recent work, I’ve turned more toward self-portraits than taking photos of others, and I think that part of it was inspired by her,” Anderson said, “that just being a different way to express yourself and self-portraits can be a form of artwork too.”

With the digital world and social media sites such as Instagram, her exposure to other forms of photography has grown. Although she said Instagram and social media have benefits, she said it can get to be overwhelming because of people who use smartphones, making it difficult for photographers like West to bring attention to her work.

“Anyone can become a photographer right now, which hurts people that are actually trying to make it as a photographer,” West said. “It’s very competitive these days.”

In the future, West said she strives to work with a well-known fashion photographer like Mario Testino or Patrick Demarchelier.

Although she is graduating in December, West said she plans to stay in Eau Claire and work. Currently, she has her own photography business, an internship with Red Tea Photography and a job at Johnny’s Italian Steakhouse. In her own business, she mainly photographs weddings, engagements and groups of friends.

Looking to the future, she said she would like to move to New York City, California or Chicago to pursue photography on a larger scale. As someone who is interested in fashion photography, West would like to do more creative work in fashion, although she said the field is competitive.