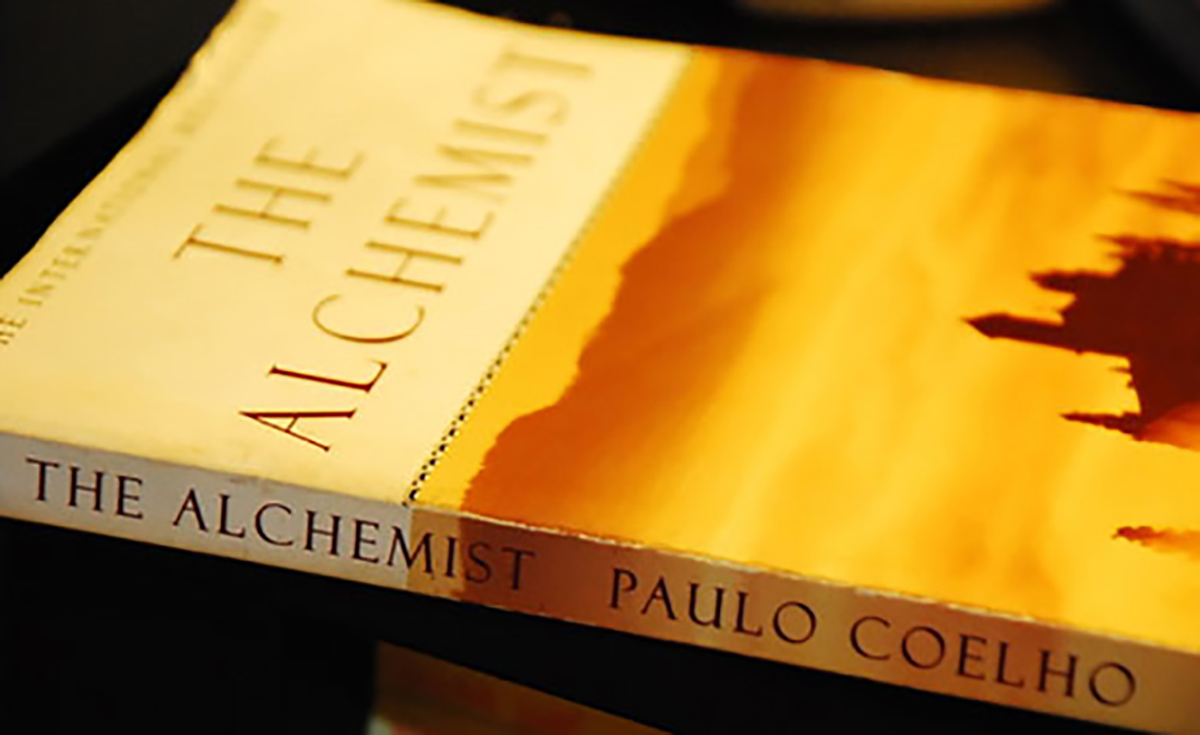 'The Alchemist' reminds readers to follow their dreams, in a simple way.

In Paulo Coelho’s novel The Alchemist, an Andalusian shepherd boy named Santiago gives up everything he knows in search of a treasure he saw in a dream — his sheep, his expected path in life and his desire to marry a girl from a nearby city.

As a sort of nomad, Santiago travels the countryside with his sheep, occasionally stopping in towns to sell their wool. In the beginning of the story, he is looking forward to meeting a baker’s daughter he met long ago from a town along his way, hoping to ask for her hand in marriage, if it’s not too late.

However, the night before he is to arrive in the town, he sleeps under a sycamore tree and dreams of a treasure that can be found at the foot of the Egyptian pyramids. He brushes it off as nothing more than a dream until a gypsy woman and the king of Salem both tell him to go in search of the treasure he seeks.

In order to do so, Santiago must give up the life he knows and trust in the truth of his “Personal Legend,” which is the path he is destined to take if he puts forth the necessary effort to achieve it. So put forth the effort, Santiago does.

He gets his money stolen, works to get it back, travels in a caravan to the Sahara Desert, falls in love with a woman and meets a plethora of characters who lead him toward his destiny and a few who stand in his way.

After several lessons, setbacks and a temporary loss of faith, Santiago makes it to his destination, where he is challenged further by something he believes himself incapable of. In this trial, he proves himself wrong by listening to the “soul of the world” and remembering his Personal Legend.

Translated into over 70 languages since its original publication in Portuguese in 1988, Coelho’s novel has become an international bestseller, bringing people joy as it reminds them of truths they already know but need to hear again.

Written as an allegory, readers can find in Coelho’s story the message that is it is necessary to follow one’s dreams, even if they stray from the path one has set for oneself. Everyone has an individualized purpose, described in the book as Personal Legends.

The story also explains love as being there for someone as they fulfill their purpose and how it will support them along the way without envy.

Coelho’s novel is short and simple, following somewhat predictable plot lines, but it has such a sweet message all readers should be able to connect with on a personal level that its predictability is far from bothersome.

Readers will want to see everything work out for Santiago because they want everything in their own lives to do the same. The only danger — after reading this book, one might want to give up everything in order to find their own Personal Legend.

The Alchemist is heart-warming, empowering and full of truth. It is a story everyone needs to read if only for the messages within. It is so easy to get through, one will probably find oneself devouring the novel in one sitting, yearning for the happy ending that inevitably comes.