Exploring the sound of local artists. This week: Idle Empress 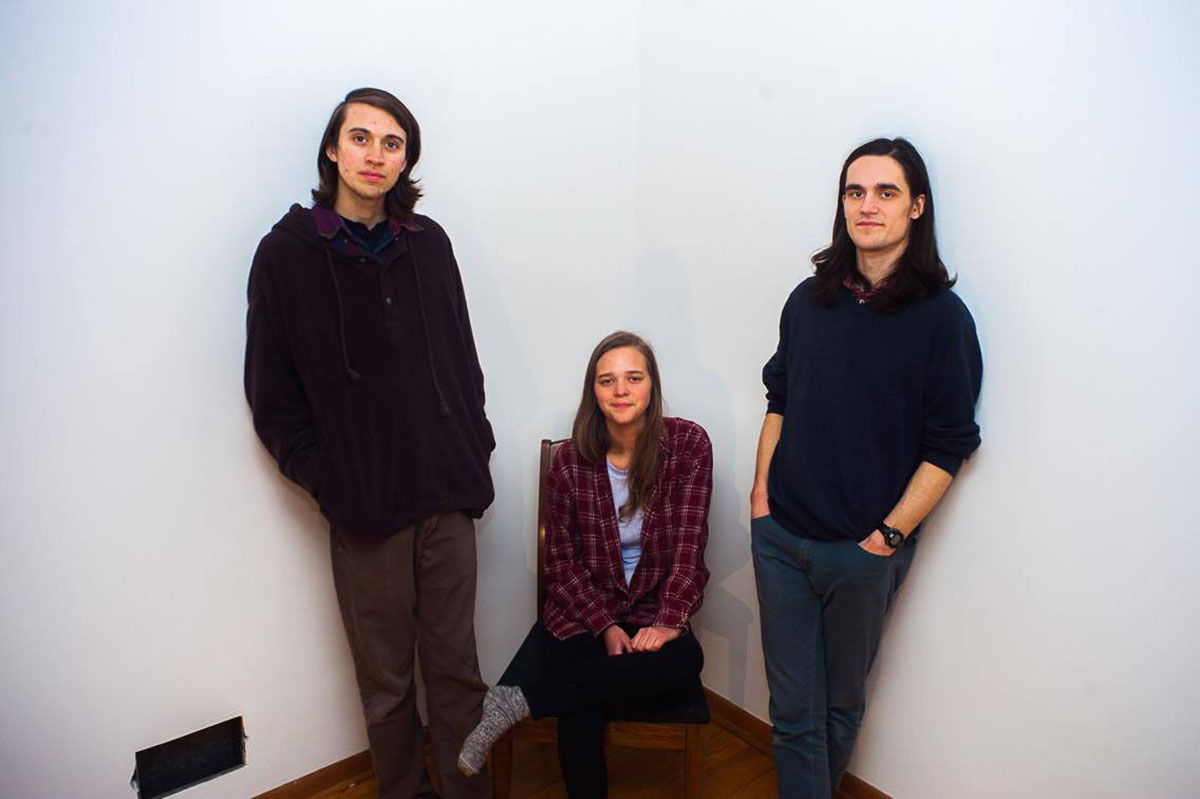 Local folk rock band, Idle Empress, has been creating music as a group since 2015. The group usually performs at house shows and small venues.

Being an introverted person can make social interactions scary. However, when Lauren Anderson began performing music at age 13, she was able to break through those barriers and express herself through song.

“I don’t really get that nervous anymore,” Anderson said. “Just talking to people is kind of terrifying to me, honestly, and just being a social person, but when I have a guitar, it makes it a lot easier. I am just doing my job and making people feel good.”

The local folk rock group Anderson is a member of, Idle Empress, has been performing their music for the Eau Claire community since early 2015. The band members include Anderson on lead vocals and guitar, Elliot Heinz on drums and Josh Frederick on bass, guitar and vocals.

Anderson said she first collaborated with Heinz, who she knew from her high school days. The two started off practicing some of the songs she had written and performed solo. That collision of musical backgrounds lead to the decision make it bigger and bring in a third sound with a guitarist and bassists, Frederick.

“I was always really scared of putting myself out there and doing my own stuff,” Anderson said. “We had a few practices and we started doing shows, and it felt really good. They’re both just very intuitive, generous musicians to play with.”

She hosts many shows at her home and the connection the band gets with the audience at these shows Anderson said is the most rewarding.

“It is just so intimate, and everybody who is there is there for the music,” Anderson said. “It is a lot of my friends, and Eau Claire just has such a supportive community. All artists support each other no matter what genre they are and how long they have been around for.”

Heinz said he feels music is a currency between bands not only within Eau Claire itself but also between Eau Claire and Minneapolis. Groups from both cities encourage each other and help network for shows.

He enjoys performing with the group because of the improvised nature of each performance, changing up the way the songs are played at every show. As a drummer, Heinz said he loves how technically difficult it can be to play the drums because he must control four different parts of his body at once.

“I like just being able to connect sort of silently as a drummer, you connect with all of the instruments,” Heinz said. “You get to almost be an observer and a performer at the same time.”

The band’s name, Idle Empress, Anderson said, is derived from her enjoying the word empress and the way it sounded. Heinz then added idle to it and Anderson said she thought it described herself as an introverted performer so the name stuck.

When it comes to music creation, Anderson crafts the melody first, adding the lyrics to magnify the mood. From there, both Heinz and Frederick complement the tune with their parts.

Anderson said to construct the melody and lyrics, she draws part of her inspiration from musicians she looks up to, like Minneapolis indie folk singer-songwriter J.E. Sunde and nationally-acclaimed R&B singer Frank Ocean, and the other half comes from her emotions and life experiences she wants to write down on paper.

For example, one Idle Empress’ song, “Wanderer,” is based on Anderson’s feelings of not belonging that have been curated into a character who acts out her thoughts. She said the song is about someone who doesn’t feel at home anywhere and needs to be moving around constantly to keep up with their anxious mind running in different directions.

“It is just about putting out honest stuff,” Anderson said. “We are all human, we can relate to human feels like love or being embarrassed or whatever.”

After an arrangement is set in stone, the group gets together with local recording artist Leo Strei at Lake House, a house venue and recording studio in Eau Claire. This in-home recording process is where Heinz said many of his favorite memories with the band come from.

Idle Empress is currently recording two singles, and they plan to release them during summer 2017. Coming up, they will be playing at 7:30 p.m. June 15 at The Oxbow Hotel, the night before the Eaux Claires Festival kicks off with The Shouting Matches and Field Report.

The group’s music can be found on Bandcamp, Youtube and Spotify.