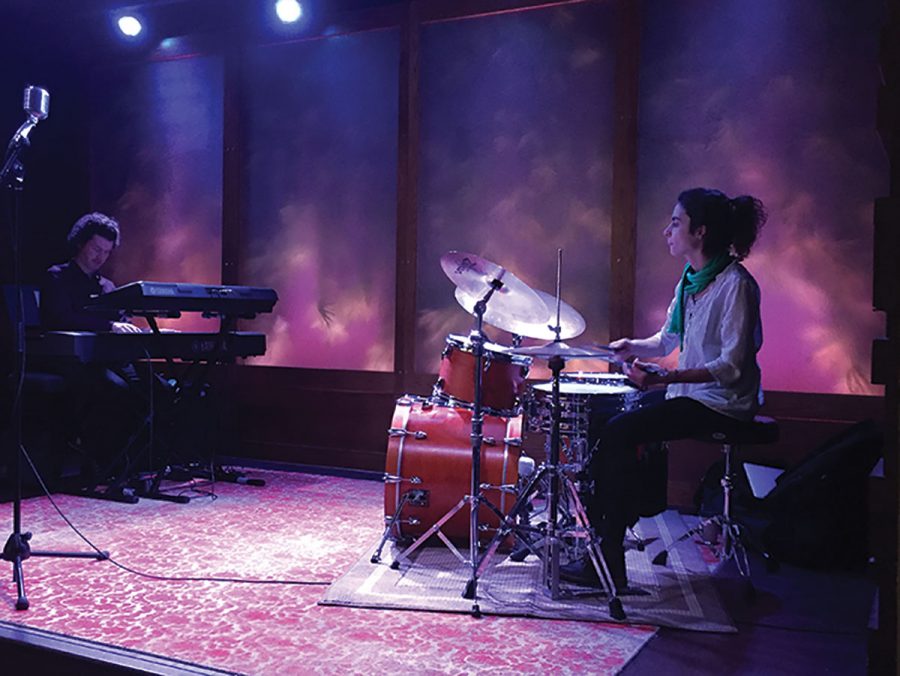 Monday nights from 7-10 p.m. inside the Oxbow Hotel on Galloway Street, The Lakely restaurant is filled with the soft rhythmic music from an event known as Monday Jazz Sessions.

Shults has been working in the department of music as a professor of saxophone for three years. He used to live in Kansas City, Missouri, a town that focuses heavily on jazz where he would participate in jam sessions as a student and play with older and more professional musicians.

After moving to Eau Claire, Shults wanted to bring something similar to the area and be able to provide the same opportunities he had in Kansas City to the students at the university.

Shults wanted young students to have a chance to go out and play in the community, play in these jam sessions and be given the chance to not just learn from older musicians, but “get their horns out and play with them.”

“It was one of the first things I thought of when I moved to Eau Claire,” Shults said. “What I thought would be beneficial to the students was to pay that experience forward and not only learn in the classroom but be mentored and play in a real life setting such as the jam session.”

A set group of three to five professionals play a pre-determined set for the first hour and then students and other local professionals are asked to join as long as they are able to perform a song without looking at the music.

“One thing that is really unique about jazz is that we as musicians have agreed upon standards, which are popular jazz songs that a good jazz musician is expected to know by memory,“ Shults said. “The important thing about the jazz sessions is that we don’t allow people to come up and play unless they have tunes memorized.”

Cami Mennitte Pereyra is a senior at UW-Eau Claire studying music performance, and she tries to play in as many Monday Jazz Sessions as possible.

Mennitte Pereyra has been playing drums and percussion for nine years, and she said being able to play the drums in the jazz sessions with other local professionals, in front of an audience, helps benefit her and the path she is taking toward her career in music.

Originally from Argentina, she was given a scholarship to the music department at UW-Eau Claire, which she was more than thrilled to accept due to the fact that the city of Eau Claire is musically inclined, she said.

Monday Jazz Sessions used to be held in Mogie’s Pub on Water Street, but this year the venue changed to The Lakely, which both Shults and Mennitte Pereyra appreciate.

“The acoustics are way better here and you can hear everything easier and clearer. Also, because of the stage, the audience is more pre-determined to listen to you because we were just playing in the corner of a basement at Mogie’s,” Mennitte Pereyra said. “I also really like this venue because they encourage the live music which is really beneficial for us.”

The Lakely and its staff members value the event at their venue as well.

Delilah Rust, a hostess at the restaurant, is pleased she gets to listen to “amazing jazz music” performed by those from the community as she works.

“We really try to incorporate local artists and bands to come and express their talent with us and the guests here,” Rust said. “With Monday Jazz Sessions, it is a good way to bring the students to come and play.”

On an average Monday night, the Jazz Sessions can expect about ten students signed up and ready to play some tunes with the house band of professionals, but that number can fluctuate based on the students’ workload with classes and homework.

Shults said he sees excitement and enthusiasm coming from his students when it comes to these Monday Jazz Sessions. They are determined and want to play songs in front of the community and be able to learn from experts.