Film festival features movies celebrating the horrific and the strange 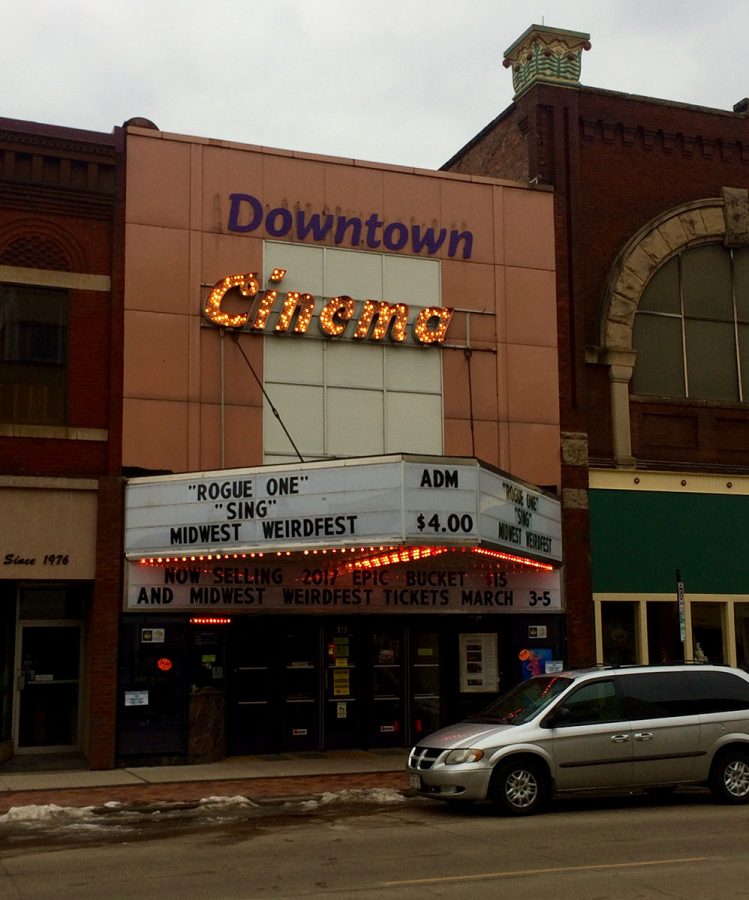 This past weekend, MidWest WeirdFest took over Micon Cinemas in downtown Eau Claire, featuring a slew of films, documentaries and shorts celebrating the horrific and the strange.

Dean Bertram, the program director and native of Sydney, Australia, said learning about Wisconsin legends like the hodag and the beast of Bray Road — as well as real demons like Ed Gein and Jeffrey Dahmer — demonstrated the Midwest would be the perfect venue for the film festival.

“The Midwest … is weirdsville USA,” Bertram said. “This place is nuts, but … what a wonderful geography to set a festival which is just dedicated to weird cinema.”

Although Bertram has created film festivals in the past, including A Night of Horror International Film Festival and Fantastic Planet, Sydney Sci-Fi and Fantasy Film Festival, he said MidWest WeirdFest provides a way to screen movies that may not be seen elsewhere.

MidWest WeirdFest opened horror and science fiction submissions to everyone around the world, Bertram said, through which he had the opportunity to watch hundreds of movies to narrow down the final program.

The festival started with a scream on Friday’s “FrightNight,” featuring three horror films: “Happy Hunting,” “Tonight She Comes” and “Trail to Terror.” Saturday presented an entire day of shorts followed by two features for “Sasquatch Saturday Night,” including “Boggy Creek Monster” and “The Legend of Boggy Creek.”

MidWest WeirdFest wrapped up with “Sunday WeirdDay,” devoted to the strangest of the bunch. The day closed with showings of the science fiction hit “Neil Stryker and the Tyrant of Time” and the shocking documentary “Vore King.”

What distinguishes horror and science fiction films from other genres, Bertram said, is that they can be enjoyed on multiple levels.

“They both tell interesting stories which take us outside of our usual existence, but the good ones still comment on our usual existence,” Bertram said. These films often contain subplots with romance or social commentary, but they can also be enjoyed simply for fun.

All through the three days, some of the directors, producers and actors from the films arrived to introduce their film and finish with a question-and-answer session.

Bertram said film festivals like MidWest WeirdFest provide a unique opportunity for an immediate and genuine connection between artists and fans, which is something people can’t get from mainstream Hollywood artists.

Bryna Smith, an actress and visual effects artist from “Neil Stryker,” came from Portland, Oregon to speak at the film festival. Although the film took eight years to produce, the end product turned into much more than Smith had guessed.

“There’s this weird cult following of our movie, which we never anticipated,” Smith said. With more experience, a larger budget — around $50,000 — and big-name cameos with David Ogden Stiers and Walter Koenig, the popularity of the film has encouraged them to perhaps produce a sequel in the future.

Lindsay Van Kampen, a moviegoer on Sunday night, said though she enjoyed science fiction films, she had never previously heard of “Neil Stryker” before. However, she is drawn to any movie with Walter Koenig, who played Pavel Chekov in the original Star Trek television and film series.

Some filmmakers came from further away than Portland. After the film “Bad Black” concluded, Bertram contacted the filmmakers living in Uganda via Skype.

The director of “Bad Black,” Nabwana Isaac Godfrey Geoffrey (I.G.G.), works with Wakaliwood, a film industry developing in a slum of Uganda’s capital, Kampala. It took them one month to film the movie on a budget of around $100-200, but their excitement and passion for filmmaking was infectious.

Bertram said this was a distinguishing factor for these movies, which couldn’t be seen at the multiplex.

“We’re so used to movies which are made in Hollywood for hundreds of millions of dollars … where it’s over produced, over blown budget,” Bertram said. “They can be fun, but they don’t have that immediate filmmaking energy.”

Although this was Bertram’s first year running MidWest WeirdFest, he said he would love to continue holding it in Eau Claire. As a college town and a supporter of independent screen culture, it serves as a place to celebrate film in the future.