‘Kubo and the Two Strings’ in review 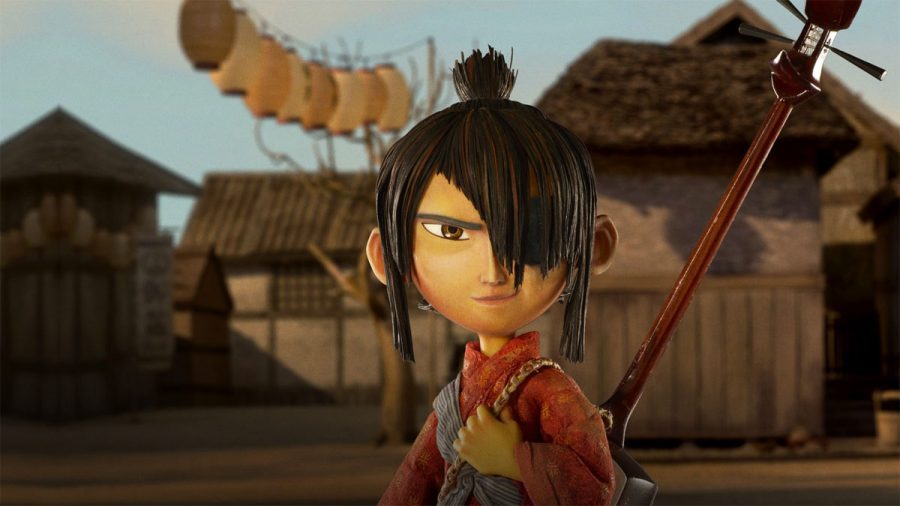 Kubo and the Two Strings is a stop-motion film about a boy who goes on a menacing journey in order to protect himself and his family.

It’s a movie that runs 101 minutes in length and begins by instantly telling its viewers not to blink. Despite the fact that I have lost far more staring contests than I’ve won, I was in for the long run when “Kubo and the Two Strings” began just like this.

Kubo is a boy who lives with his mother in a cave outside a Japanese village who takes care of his mother because she is slowly losing herself, forgetting most from her past, and even her present, for that matter.

His father, once a great warrior, died while Kubo was very young. Kubo asks his mother to tell him stories about his life, but she only remembers bits and pieces, leaving Kubo more curious and confused than before.

Every day, Kubo travels into town to make a living. Once there, he plays a magical stringed instrument that makes the sheets of paper he carries in his pack fold themselves into intricate origami figures. While he strums, he tells stories, which his paper characters act out in front of a crowd of townspeople. He stays in town from sun-up to sun-down, but no later – his mother’s orders.

However, after staying out one night past dark trying and failing to summon the spirit of his late father through a lantern-lighting ceremony, Kubo accidentally conjures vengeful spirits from his past who are looking to attack him and his mother.

Throughout the rest of the movie, Kubo puts himself in harm’s way to protect his family and his magic, which grows more powerful as the story progresses. He takes a dangerous journey in search of a suit of armor to protect him in his fight against these powerful spirits. Along the way, he makes friends with two characters named Monkey and Beetle, both of whom are talking animals meant to protect Kubo on his quest.

As the going gets tough, Kubo takes risks and learns about himself and the world around him, retaining his ultimate goal of defeating those who wish his family harm.

While Kubo and his protectors take on evil spirits and monsters, he is also trying to solve the mystery of his father and learn more about this powerful warrior he wishes he knew more about – the very man who sacrificed his life so his son could live.

The movie answers all of Kubo’s questions and more; surprising, captivating and tugging on heartstrings along the way.

Directed by Travis Knight and released in August 2016, “Kubo and the Two Strings” has a 7.9/10 star rating on IMDb. This is a fairly accurate assessment, but I might rate it higher because behind all the action, the messages were abundantly clear: family comes first and love is worth fighting for. Frankly, I believe a message like that is unbeatable.