Over 15 artists featured in a visiting showcase 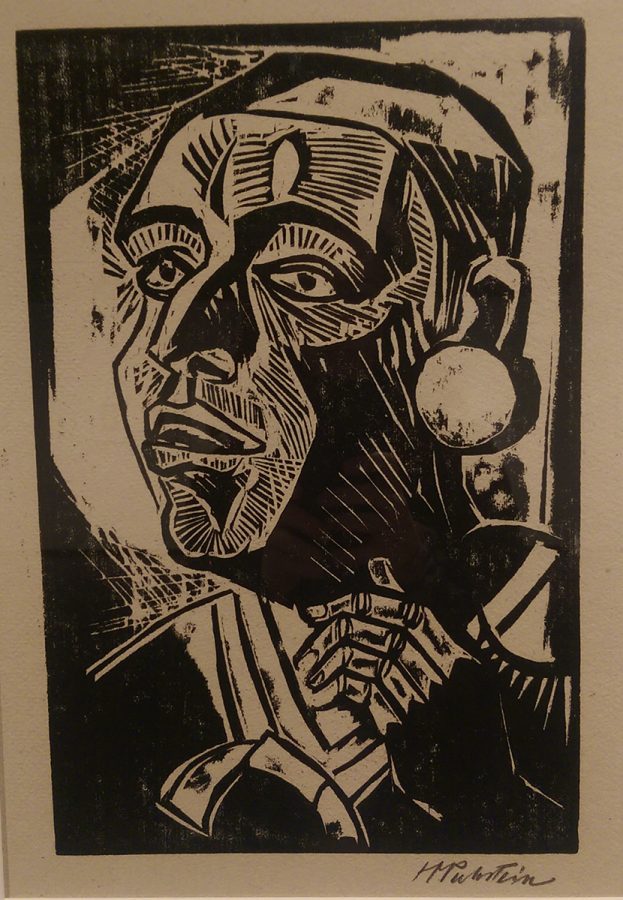 History can be shown in many forms, and with the Foster Gallery’s latest exhibit, art gives insight about the human experience in the early part of the 20th century in Germany.

In the German Expressionist Prints and Paintings from the La Vera Pohl Collection, more than 15 artists bring their perspectives to paper or canvas.

The exhibit is on loan from the Lawrence University Art Collection in Appleton, Wisconsin. La Vera Pohl collected art for 40 years, and studied art in Germany during the ‘20s and ‘30s, during a time when most Americans were unaware of German art, according to Lawrence’s website.

The collection was not getting a lot of attention in Appleton, so Tom Wagner, the previous Foster Gallery director, said UW-Eau Claire would be able to offer Lawrence’s collection to the university as another venue for the art. Lawrence’s curator made a deal with Wagner, who knew there would be an academic connection, and after they selected the art, the exhibit made its way to Eau Claire.

Foster Gallery Director Jill Olm said the collection is one of a kind because very few of the exhibits the gallery feature historic art. In the university’s art history classes, students study about works during the modernism era and twentieth century, so there is an opportunity for them to see the art they have studied in classes.

Sierra Lomo, an art student and Foster Gallery employee, said the exhibit is interesting to her because of the social and political turmoil going on at the time the works portray. Taking place in the early twentieth century, several of the artists were marginalized because of their Jewish religion or for not supporting the traditional German beliefs.

“I haven’t seen much German expressionist art in person,” Lomo said. “It is a really interesting movement and has an impressive range of subject matter.”

The majority of the artwork are either wood cuts or lithograph etchings, which greatly contrast from each other in the final product.

In Erich Heckel’s lithograph “Bathing Soldiers (Badenden Soldaten),” the color shades vary and create a large amount of detail within the piece as opposed to Heinrich Campendonk’s woodcut “Girl with Frogs (Madchen mit Froschen),” with the black and white shades not varying in their color intensity.

Joey Barnett, a junior music education student, said the piece “Notre Dame de Paris” by Fritz Hofmann-Juan has a lack of expressive details and is fascinating compared to some of the other pieces in the collection, which have more detail.

The film shows dehumanization in a futuristic city, where a young man tries to help the workers but may face later consequences.

The mediums used throughout the exhibit also reflect the harsh aspect of the times, because they are raw, natural and have a humanesque aspect to them, Barnett said.

“I didn’t see two wood-cuts by the same artist,” Barnett said. “This really is expressionism at its finest.”

The Foster Gallery will continue to display this exhibit during their regular hours until March 15. More information about the exhibit or the gallery can be found on their website.