‘Sing Our Rivers Red’ uses art as a means of activism

An exhibit of 1,181 earrings is displayed in the Council Oak room for National Native American Heritage Month to represent Indigenous women who have gone missing or have been murdered.

November is National Native American Heritage Month and one can walk through the Council Oak room on the second floor of Davies to see an exhibit of 1,181 beautifully beaded and unique single-sided earrings.

Each and every earring represents an indigenous woman who has gone missing or been murdered in Canada since 1980. Letters from family members dedicated to loved ones are also displayed in the exhibit.

The number of indigenous women who have gone missing or have been murdered is approaching several thousand.

‘Sing Our Rivers Red’ is a traveling exhibit which aims to bring awareness to the epidemic of missing and murdered indigenous women and colonial gender-based violence in the United States and Canada.

Heather Ann Moody, American Indian studies professor and coordinator of the exhibit, said the topic of the missing and murdered indigenous women is not commonly talked about in mainstream media.

“If this were to be happening in a non-Native population, it would be all over the news,” Moody said. “This issue is just brushed off to the side.”

Rigert said society tends to ignore whatever is happening in “Indian country.” She said she wants people to be able to acknowledge the Native American heritage and this issue currently targeting Indigenous women. 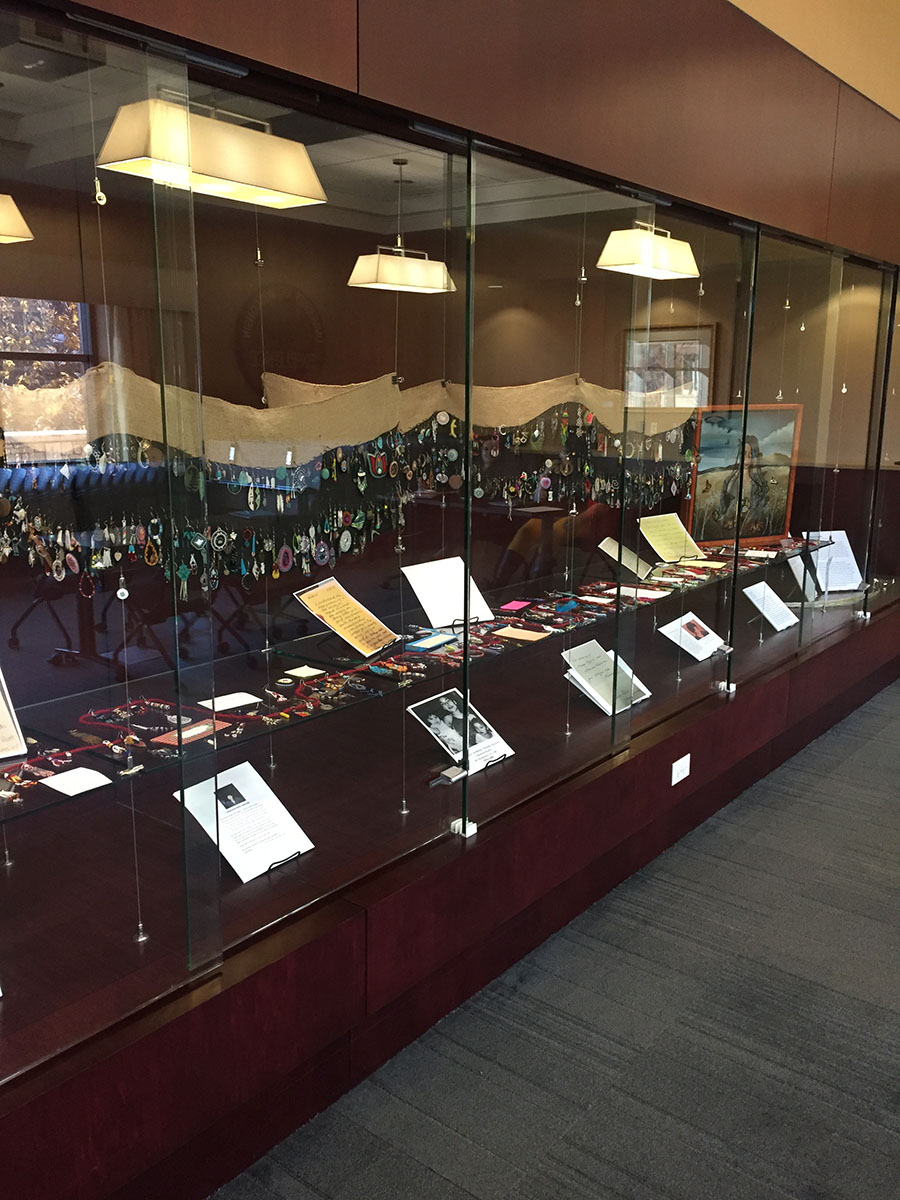 Another part of the issue is the disappearances and murders of Native women are not always reported.

Rigert said if women don’t think they are going to get appropriate justice, then they are going to wonder what the point is in coming forward. While it may look like the problem has gone away, it hasn’t, because few people are reporting these crimes.

Moody said with the new president elect, Indian country sovereignty is at stake.

“We have historically been sovereign nations and that sovereignty is not a true sovereignty because we are limited in many ways,” Moody said. “We are worried that further limitations will be put on us.”

Knowing these issues are real and happening, Moody said being aware and spreading the word is the biggest thing we can do to help.

In regard to how others can help bring awareness to indigenous women, Rigert said we can do so by teaching people what respect means and how to be respectful of Native Americans, their land and all humans in general.

Moody said humans don’t listen to each other as much as they should, talking more rather than listening.

The exhibit will be held in the Council Oak room for the rest of November so that students, faculty and the community can see the exhibit and learn about the countless Native women who have gone missing or been killed.