‘It Follows’ in review 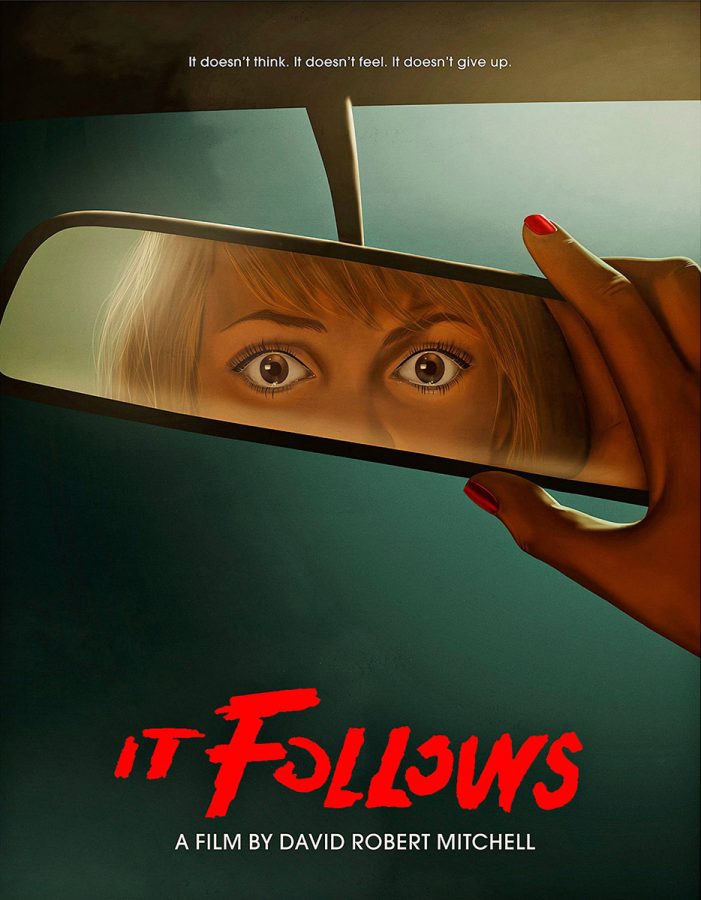 The horror film “It Follows” resurrects demons from your worst nightmares, reminding us that our greatest fears are inescapable.

You can run, but you can’t hide.

There are some fears you cannot escape from, because they always follow you. Watching, waiting. With malicious intent, it shadows your every move, humanizing the demons of harrowing nightmares.

The 2015 horror film “It Follows” brings your worst fears to life, in a haunting but personable way. Written and directed by David Robert Mitchell, the film chronicles the consequences of illogical actions during the hormonal crisis we call “adolescence” with chilling depth.

While Jay (Maika Monroe) finds herself falling for a seemingly great guy, Hugh (Jake Weary) is desperate for much more. After a previous one-night-stand, Hugh found himself in the grip of a maleficent curse, in which “it” follows him with the sole intention to kill. It may be a stranger or a friend, dead or alive.

The only way to rid oneself of this curse is to pass it on to another person.

When Jay becomes infected, she and her friends set out to defeat the demons who follow her. The nefarious spirits torment Jay’s every waking moment, blurring the lines between reality and delusion. She begins to fold in on herself, desperate for reprieve.

The horror at the heart of “It Follows” is the primordial dread of being pursued, accompanied by the vague knowledge that bonds are neither skin-deep nor liberating. Jay’s unnerving experience reminds us that sex is not simply a cure-all for juvenile awkwardness. It indiscriminately draws out emotions that cannot be taken back or forgotten, like a callous genie who won’t return to its bottle.

Filmed in Detroit, “It Follows” debuted at the 2014 Cannes Film Festival. Mitchell used wide-angle lenses when filming to capture an expansive, intimating look. Through static panoramas and tracking shots, the camera unifies the characters’ shared world.

The inspiration for the film came from Mitchell himself. He said as a child he would have recurring nightmares of something following him, slow and persistent. The terrifying idea of something constantly coming after you and always knowing where you are was something Mitchell could not shake off in his adult life, so he decided to create a shocking film which captures that idea.

The film has sparked numerous interpretations among critics. Some see the symbolism of “it” as a parable about the social perceptions and anxieties regarding sexually transmitted diseases. Others look to the theme of morality and the existential dread in facing the inevitability of one’s death.

Whatever the case may be, “It Follows” will leave you in disquieted suspense. The film will play at 7 p.m. Friday, at 2 p.m. and 7 p.m. Saturday and at 2 p.m. Sunday in Woodland Theatre.