‘Pride and Prejudice’ in review

Neither pride nor prejudice should deter anyone from viewing this masterpiece 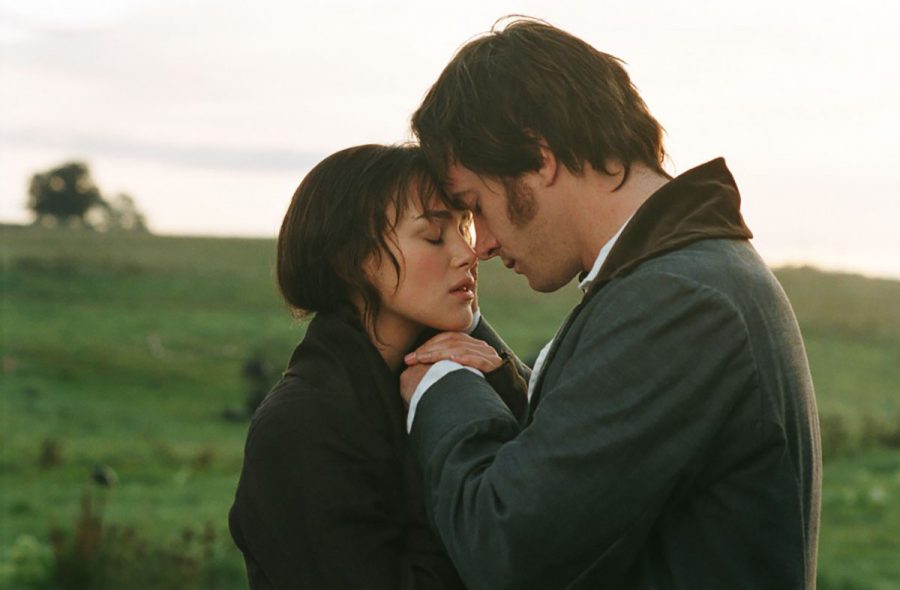 Keira Knightley’s interpretation of Elizabeth Bennet was nominated for an Oscar as best performance by an actress in a leading role.

Set in the 1800s, it is complete with all the trappings: elegant balls, proper manners and marriage proposals so prompt they make modern day feminists shudder.

But even as young ladies embark on seemingly single-minded pursuits of capturing the attentions and affections of an eligible bachelor, it is near impossible not to be enchanted by the romance and energy of the era, especially as it is brought to life by Elizabeth Bennet (Keira Knightley) and her bustling family.

Led by a doting father (Donald Sutherland) who cares more for his five daughters than money and a twittering mother (Brenda Blethyn) whose sole ambition is to play matchmaker to her girls, the familial dynamic of the Bennet clan is both believable and endearing as the girls fuss about clothes, boys and gossip.

They live in a rustic home, charming but decidedly simple. Mrs. Bennet’s persistent talk of arranging the most “advantageous” marriages for her children makes it clear they are not wealthy.

Though her matrimonial tunnel vision is bothersome at times, Mrs. Bennet’s plight is understandable. At one point, Elizabeth asks if marriage is all she thinks about, to which Mrs. Bennet replies, “When you have five daughters, Lizzie, tell me what else will occupy your thoughts, and then perhaps you will understand.”

Knightley plays a graceful and fiery Elizabeth, bringing the witty retorts and banter penned by Austen to life. She stands for her own values and is supported by her family, for the most part, which makes them even more likable. They do not stifle her too much, but let her live as freely as a young woman who can at a time hindered by corsets, tradition and patriarchy.

Elizabeth asserts, “Only the deepest love will persuade me into matrimony, which is why I will end up an old maid,” exhibiting the self-worth and loyalty she abides by, unwilling to settle for any man that looks her way as her younger sisters seem prone to do.

Though Jane Bennet (Rosamund Pike) is widely known as the fairest of the five Bennet sisters, it is Elizabeth who catches the eye of a most desirable (in terms of looks and fortune, at least) man by the name of Mr. Darcy (Matthew MacFayden).

Darcy and Elizabeth get off to a rocky start when, shortly after their first meeting, she overhears him slight her beauty.

Yet the love story of Elizabeth and Darcy unfolds satisfyingly as the movie strolls through the practices of English society and the triumphs and toils of the family and surrounding characters, allowing the audience to see the two get to know each other little by little.

Their similarities become clear; both are unrelentingly stubborn and endlessly selfless. Thanks to Elizabeth and Darcy, all those around them are settled into ideal circumstances. Thanks to their genuine desire for their loved ones to be happy, their own love story is enhanced. A veil fall away from Darcy’s eyes, replaced with unmistakable ardor for Elizabeth.

Simultaneously, her unwavering independence and self-assuredness are not replaced but enhanced by the real dynamic between the two. She is truly appreciated for who she is, faulty as her character may seem among high society.

In a pivotal scene, the two face off in a passionate argument in the pouring rain. The concerns of their families and friends are put aside and their own feelings for one another — their own admiration for the other’s strength and character — become clear.

Their romance goes beyond “boy meets girl” or even “star-crossed lovers.” Their love is true, balanced and complementary, one that is immensely satisfying partially they, more than anyone, deserve to find and have love.

The two hours of this enchanting, dynamic, real story of love are worth every second. “Pride and Prejudice” will play at 7 p.m. Friday, 2 p.m. and 7 p.m. Saturday and 2 p.m. Sunday in Woodland Theater.