Power, Privilege, Protest: standing up for who you are

The seventh annual Eau Queer Film Festival was a success 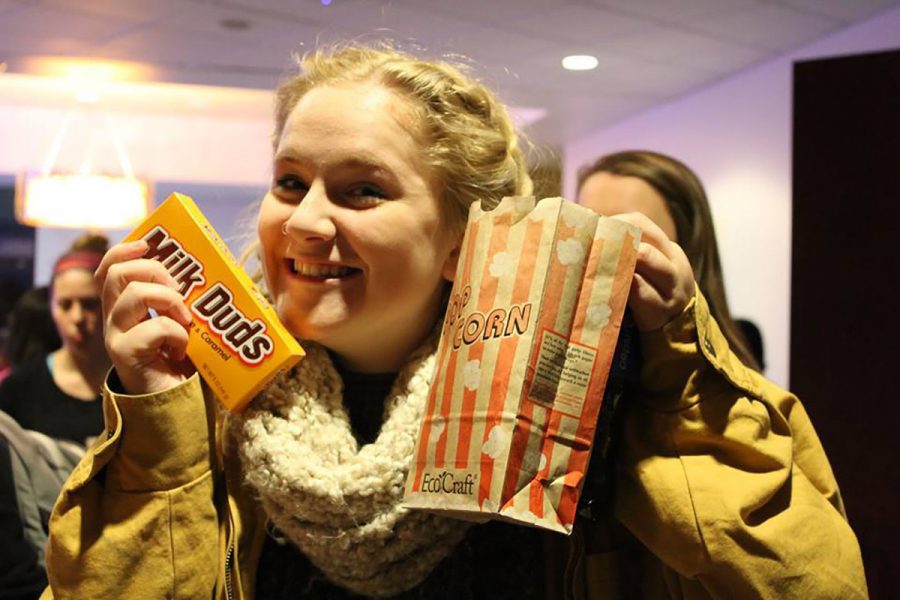 Woodland Theater was filled with over 600 people last week during the Eau Queer Film Festival. The event took place Oct. 11-15 with various showtimes each day.

Devin Dawson, fifth year social work student and shorts programmer of the festival, said this year’s festival was the best yet, with hopes of continuing that same success in the future.

The theme for this year’s film festival was “Power, Privilege, Protest: It’s Personal, It’s Political.” With the timing of this year’s election, its message emphasized the importance of voting and our personal lives are political movements.

This year the film festival took place the same week as National Coming Out Day, an intentional tribute of celebration.

Various departments from the UW-Eau Claire campus provided funding for this event, such as the Women’s and LGBTQ Resource Center, the athletic department and the sociology department. This was a major change compared to past years when the festival was a self-funded, student-run event, Dawson said.

Sophomore Spanish studies student Kiki Annis said she was very impressed with the overall setup outside Woodland Theater. Popcorn and candy were provided to festival viewers and free shirts were handed out to people who attended at least three festival events and the discussions.

“There was a lot of free things offered and welcoming volunteers that made the event a very comfortable environment,” Annis said.

After each film, a discussion was led by Eau Claire faculty, local LGBTQ organizations and students to review the film and make sense of the queer realities for those who didn’t know much about it.

“Each day I went, there were more people in the seats,” Ehlenbeck said. “I liked that it was a really welcoming environment and the people were super friendly.”

Ehlenbeck said the film festival was a good event for students, professors and community members to attend because it draws attentions to the silenced struggles this community faces.

Freshman Val Carrillo said the film festival was a good event to have on campus because it is important to accept everyone as they are.

“It’s important to be open to learning about how far and how much more work society needs with accepting LGBTQ communities,” Carrillo said.