The Dead Pigeons hit The Cabin 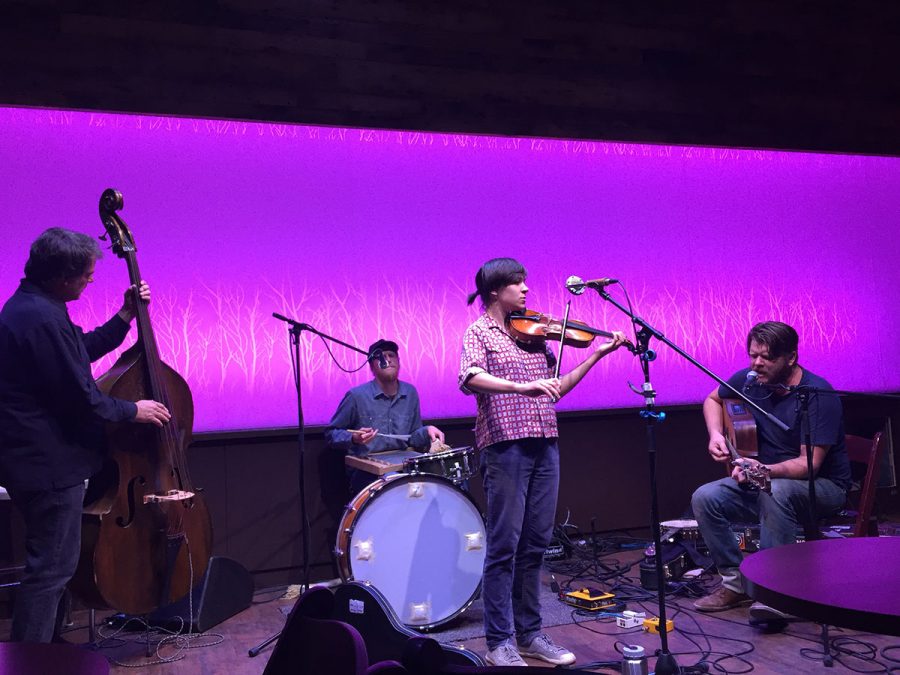 The Dead Pigeons performs a mashup of popular songs during their Friday night show at The Cabin.

Feet were tapping and audience members were smiling on Friday night as The Dead Pigeons performed at The Cabin.

Every band member embraced the music as each beat echoed the heart and soul put into their work. The unique sounds, accompanied by color changing lights in the foreground, made for a relaxing ambience.

The musical group started the show with original songs, which set a twangy and upbeat vibe. Scanning the crowd, everyone had a smile on their face as heads swayed mindlessly to the beat of the music.

Toward the middle of their set, Peterson talked about how they usually play in small, “crappy” bars where audience members request songs at random. Since the band has gotten so many requests over the years, they decided to make a mashup of popular requests.

The mashup consisted of popular songs such as Journey’s “Don’t Stop Believing,” The Beatles’ “Let It Be,” Blink 182’s “All The Small Things,” Miley Cyrus’ “Wrecking Ball” and Frozen’s “Let It Go.”

The mashup ranged from genre to era to artist, but members of the crowd, like freshman Matthew Yang, enjoyed their style.

Yang is new to The Dead Pigeons’ music and said he and his friends decided to come to The Cabin because they overheard the band would be playing and wanted to check it out.

“I thought the mashup was hilarious and unique to their style,” Yang said. “I like the feel of their music. It is very rustic and makes me feel at home.”

The Dead Pigeons will continue their tour around Wisconsin and Minnesota through December 17.