The comedy show host is making his final stops throughout Wisconsin 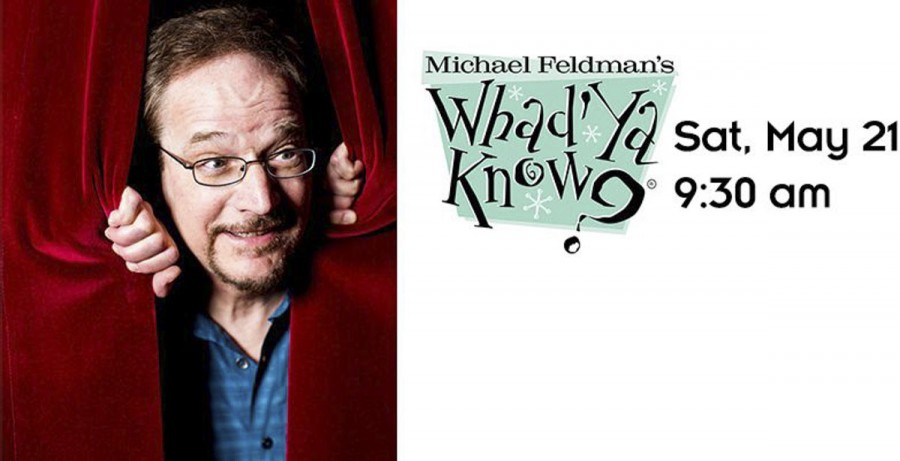 Michael Feldman’s “Whad’Ya Know?” radio show will be airing live at 9:30 a.m. May 21 at the State Theatre in Eau Claire.

The comedy show contains a news, quiz and interview section providing the audience with an entertaining show from a friendly cast. Marketing Director of Eau Claire Regional Arts Council Scott Morfitt said Feldman’s show will be a humorous and engaging experience for viewers.

“The audience gets humor, music and Feldman’s unique personality for the show,” Morfitt said.

Feldman and Wisconsin Public Radio have been working together for 31 years, according to the WPR website. The program is a live two-hour weekly show broadcasted by WPR and their distribution partner Public Radio International. Since its start in 1985, the program has become one of the most successful additions to WPR.

Feldman graduated from UW-Madison as an English major in 1970. A few years after graduation, he got his first job as a teacher at Malcolm Shabazz Alternative High School in Madison.

In 1977 Feldman decided to volunteer at his local listener sponsored radio station, WORT-FM, delivering their newsletter. After taking a short break from his volunteer work, Feldman returned to the station to do some fill-in work on air and began his own Friday night call-in show titled “Thanks for Calling.”

Continuing his radio career, Feldman then did a morning broadcast in 1978 called “The Breakfast Special” airing from Dolly’s Fine Foods in Madison. The show consisted of him annoying people as they ate and playing music in between, according to Feldman’s autobiography.

His radio career came to a grinding halt when he quit his teaching and radio job to experience what he referred to as the “total career reversal called driving cab.” However, within the next few years his profession took off again after WPR’s Jack Mitchell contacted him to do a weekly hour show.

Feldman did his first show for WPR called “High Noon,” which aired at 12:05 p.m. Saturdays every week, but it did not last long. It wasn’t until Feldman did his show “A.M. Saturdays” at a bar called Club de Wash when he got his big break.

Feldman said in his autobiography that his fans at the time of his “A.M. Saturdays” show ended up becoming most of his cast and crew for “Whad’Ya Know?” After being yanked from the bar scene, he started the comedy show for WPR and has been attracting listeners ever since.

Morfitt said the show was selected to come to the Eau Claire State Theatre because it has been an audience and staff favorite in the past and this year felt like a great time to bring them back.

“Our goal is to bring the best in performing arts to the Chippewa Valley,” Morfitt said.

Production of the show will end June 30, but the “Whad’Ya Know?” website will remain online with archived recordings available to the public.

Although the show coming to Eau Claire is not his last one, Morfitt said it will be Feldman’s “swan song” for the attending audience.

“Though it is not his final,” Morfitt said, “expect Feldman to expound on what Eau Claire has meant to his program.”