Students and faculty to collaborate in concert highlighting class, gender and race

Mozart concert to highlight issues of class, gender and race 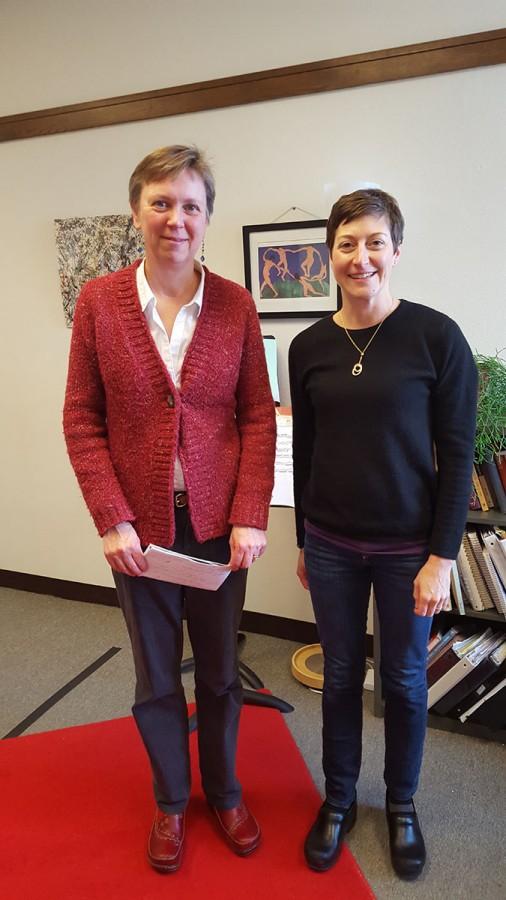 Dr. Gretchen Peters and Dr. Christa Garvey, co-coordinators of the music department’s event “From Mozart with Love,” focus on issues of class, gender and race.

An upcoming concert will feature both students and faculty, and will be using the music of Mozart to highlight current issues of class, gender and race.

Peters said all the music will be by Mozart but the audience will be seeing different facets of it, with pieces from “Marriage of Figaro” and “Don Giovanni.” There will be a mixture of singing, arias and ensembles, Peters said.

The concert, coordinated by Christa Garvey, professor of oboe and music theory, Gretchen Peters, professor of music and theatre arts and Kenneth Pereira, assistant professor of voice, will feature both students and faculty. This is different from other concerts usually put on by the department.

The ideas of collaboration and relevancy to both students and faculty members are central to the music department’s new mission.

Garvey said Mozart was not only one of the most respected composers in Western Classical Music, but he was also the product of his era — his music wasn’t perfect and needs to be addressed and connected to issues today.

“Just because it’s Mozart doesn’t mean you don’t call out the problems when you see them and think about what it means to have ingrained ideas of social status,” Peters said.

This concert gives students the opportunity to work with the musical language of Mozart and to understand the historical and social underpinnings of the time, Garvey said.

All three issues of social status run through Mozart’s operas, Peters said. If the audience were to  just watch the concert without thinking about the social problems in it, it could be very offensive, Peters said.

By distinguishing what the concert is, why it’s there, how it reflects the time and Mozart’s perspectives, Peters said the concert then begins to break down problems with social class, gender and race, which are still issues across the world, country and this campus.

“It’s in many ways what I would like to see happen on our campus and in our department,” Peters said. “Dealing with issues of inequity and equality and how that appears in a different discipline … [We’re] trying to consciously discuss it, analyze it, deconstruct it and hopefully break down ideas so they don’t continue.”

“From Mozart with Love: Examining Issues of Class and Gender” will be presented at 5 p.m. March 13 in the Gantner Concert Hall in Haas Fine Arts Center.