From the mouth of Hollars: pets, death and writing

Professor B.J. Hollars releases his new book “From the Mouth of Dogs” 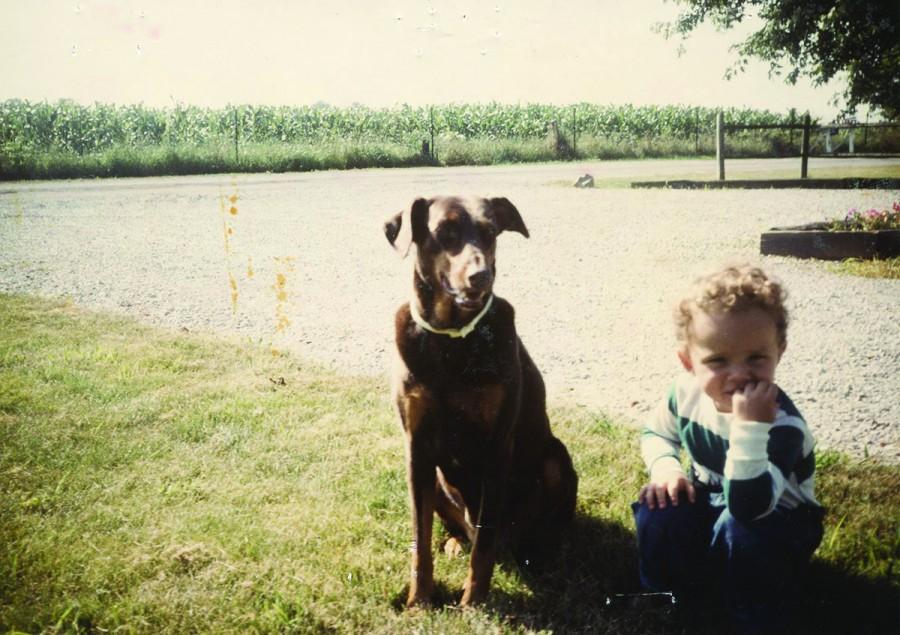 Some pets can seem immortal when you’re a child, never knowing a time when the family dog was not around.

Then, there’s the inevitable moment when the dog is no longer there for a morning wake-up call.

Confusion may dawn upon the child. Where did he or she go?

This is one of English professor B.J. Hollars’ topics he explored in his new book, “From the Mouth of Dogs,” about what pets teach people about life, death and being human.

Throughout the book, Hollars talked about a series of encounters and interactions he had with regional folks and their unique animal situations.

One of the inspirations for the book came when Hollars saw his childhood dog’s ashes sitting in a box at home, trying to figure out what that dog had taught him.

“For me, pets throughout our lives really encourages us to have our own conversations about mortality,” Hollars said.

Hollars said each chapter ends with a specific lesson pet owners have gleaned through their encounters and interactions with animals. He said none of them are meant to be “stop-the-presses” worthy, but simple concepts such as: live your life with hope, help others any way you can and don’t judge a book by its cover.

“If we can see these things manifested through our pets, these are further confirmations that we should be doing these things ourselves,” Hollars said.

“From the Mouths of Dogs” is Hollars’ eighth book, since his first was published five years ago. Hollars has also written on topics like birds, disasters and civil rights.

Hollars said, as an author, it’s hard to answer questions about what exactly he writes about. He said he always writes on a subject he cares deeply for but doesn’t fully know everything about.

He said he tries to take the reader with him on the journey through the book and shares with them what he is passionate about.

“This is just one of those things that makes me want to get up in the morning and I want to do most of all,” Hollars said. “There’s something really powerful about creating something. Writing is all about getting to know my world better and contributing something back to others.”

With each book Hollars writes, he said there’s always a new challenge to it, which is his favorite part of writing.

However, there are also hardships that come with being a writer. Hollars said there’s no guarantees in writing, most don’t make a lot of money and there’s not a lot of fame. When writing a book, Hollars often finds appealing to a large variety of readers is the hardest part.

As a professor, Hollars tries to convey the struggles of being a writer to his students. He said he’ll show his students just how difficult it can be by bringing in his latest rejection letter for a book, showing them even the man in front of the room can still fail.

On the flip side, he also shares his rare moments of success with a book getting published and how that in itself can be motivation for his students.

Brendon Paucek, a junior creative writing student, is taking his second class with Hollars. Paucek said Hollars always has a high energy level and works hard to make his students interested in writing.

Paucek said Hollars is one of his favorite professors on campus, especially within the program. He said it’s because of Hollars that he is still in the creative writing program.

“He’s the kind of professor that kind of gets you excited to write and makes it not so much a chore, but something you truly enjoy,” Paucek said.

As far as future writing plans goes, Hollars is working on his next book “This is Not a Test,” a series of essay stories about disasters like the drownings in Eau Claire to the disasters of fatherhood.

To learn more about Hollars’ new book, he will be reading “From the Mouths of Dogs” at 7 p.m. on Dec. 1 at The Local Store.