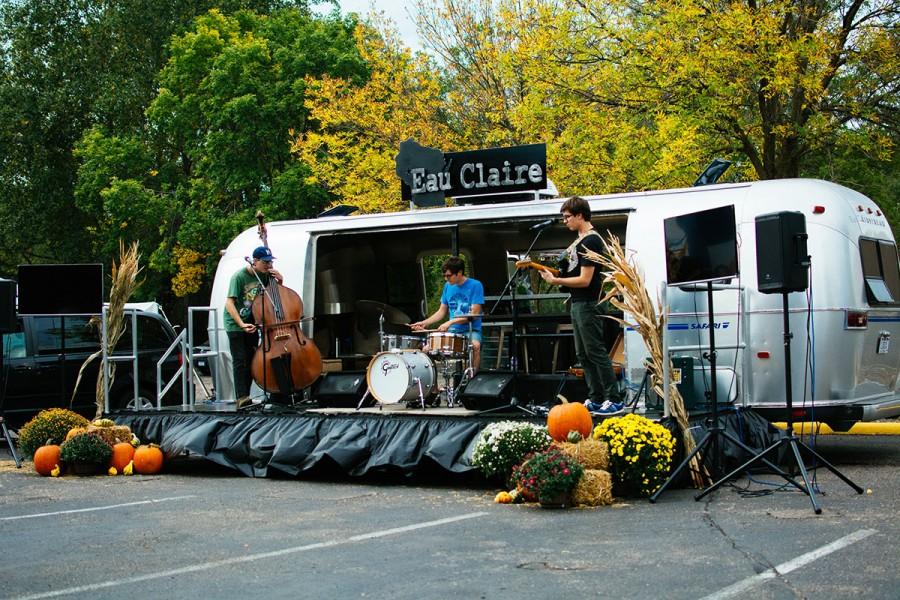 Traveling through the golden Iowa flatlands, Minnesota lake country and Wisconsin’s rolling hills, Eau Claire artists will have the opportunity to become more seasoned touring acts with the help of a silver Airstream trailer’s fold-out stage.

The interior of the trailer includes a recording studio, a lounge area and a coffee shop. It was customized by Timeless Travels Trailers out of Colorado.

Not only will the trailer offer local entertainment, it will also provide food and beverages from the area.

Visit Eau Claire is in the process of organizing six tours to take place within a 300 mile radius for next year.

While the objective of Fun Patrol is to provide the community with activities and information about Eau Claire via the programs branded cars, Eau Claire-Stream is a way to expand this interaction to other areas, John said.

Visit Eau Claire Board created the Eau Claire-Stream idea in February, John said, after deciding their goals for the Fun Patrol program had been met.

Eau Claire-Stream will accept entertainers in music, improv and theater, John said. All that’s required is the talent have ties to the Eau Claire area.

The ribbon cutting for Eau Claire-Stream took place a few weeks ago in a parking lot downtown with a performance by local trio band, Rivers.

Rivers also performed on the trailer’s stage a few days later in Minneapolis at the Association of Great Lakes Outdoor Writers Conference.

John said clients and media alike said the Minneapolis show made the community stand out.

“It’s a unique way to tell the story of our city that isn’t being done in a lot of other areas,” John said. “It has a presence that is very noticeable and attention getting. To them it speaks about the experience that they would have if they came to Eau Claire.”

Dexter Wolfe, guitarist and vocalist for Rivers also said Eau Claire-Stream got a positive response at both events.

“We were really honored and humbled to be ambassadors of the city for a couple shows,” Wolfe said. “We all have immense love and pride for Eau Claire.”