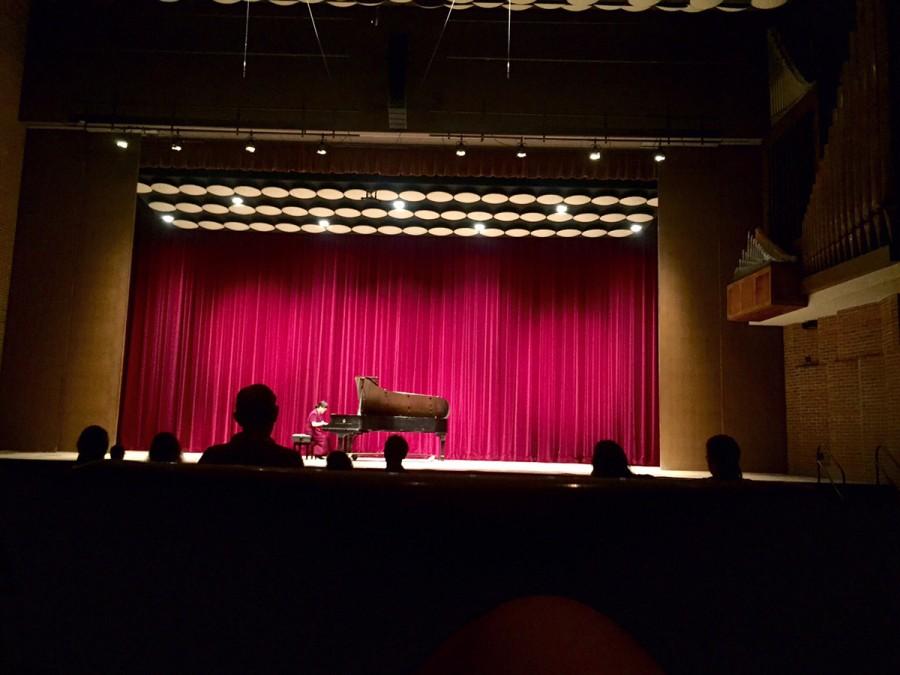 Once attaining the perfect bench positioning, she takes a deep breath in. Music flows out. Speedily plucking out each ornate note, Dr. Namji Kim delivered at her solo piano recital in Gantner Concert Hall Sunday.

A graduate of the National Superior Conservatory of Paris and Bachelor and Master of Music degrees from the Juilliard School, Kim was part of music faculties at Graceland University of Iowa and the University of Wisconsin- Green Bay before joining Eau Claire as a professor of piano.

Kim played four total pieces for a crowd of about 50. Bashfully, she acknowledged the audience after playing two of her three pieces before intermission, overwhelmed by their response. She thanked the audience profusely for taking the time out of their Labor Day weekends to watch her perform.

“I was really only thinking there would be three people, or maybe even zero,” Kim said. “I was not expecting this.”

Bright, plucky melodies drew the crowd in from the concert’s start. As the music slowly transitioned to darker tones, the audience remained transfixed on Kim and the music, easing from earlier, more classical music to more modern sounds. Dr. Kim warned the audience of this after intermission.

“These pieces have many moods and atmospheres,” Kim said. “I hope you enjoy it as much as I do.”

Playing with great passion and precision, Dr. Kim lost herself in the music, gazing upwards during transitions within and between songs.

At the conclusion of her concert, Kim was greeted by a standing ovation that continued long enough she returned to the stage for an encore she dedicated to her parents.

Following her encore, a long line of audience members waited to greet and congratulate a humbled Kim.

Lindy Clark, sophomore nursing major, said she was wholly impressed by the performance.

“She is crazy good. I played for seven years, and I quit after that,” Clark said. “I could never do what she does.”