The legend of the Blair witch caught on camera

“The Blair Witch Project” plays this weekend in the Woodland Theater 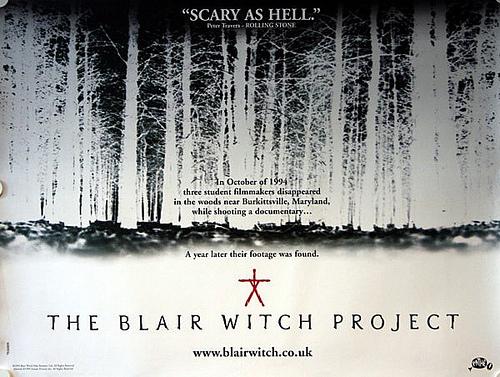 Every place seems to have an urban legend, but how many are actually worth uncovering?

Some teenagers didn’t quite understand some myths should remain myths, as seen in the 1999 horror movie “The Blair Witch Project.”

The film takes a look at the footage of three students who are making a movie about the local legend of the Blair Witch, a notorious murderer and sorceress. However, the students go missing and leave nothing but their camera behind for others to see what they have discovered.

I normally am not one to watch horror movies. I scream a lot and have too many nightmares. I made my special lady friend watch it with me so I could hold on to something, just in case.

I did find the movie creepy and it did make me anxious, but I wouldn’t say I was scared. Like most horror movies, I found all the main characters — especially Heather Donahue’s character — annoying, moronic and pretty much asking to die.

This may help explain why IMDb gives it a 6.4/10, even though this movie has been highly recommended.

Despite its lower rating, the movie is highly innovative and unique for its time. “The Blair Witch Project” is one of the first movies to ever use the found-footage technique, setting the standard for popular horror movies like “Paranormal Activity” and “The Last Exorcism.”

The film does an excellent job at creating a level of suspense by trapping the audience behind the view of a single camera. It creates this constant urge to know your surroundings but you can’t because the found footage is too dark, too blurry or not angled right.

Using this to their advantage, directors Eduardo Sanchez and Daniel Myrick were able to go through incredible lengths to make it seem like this footage was actually found.

There is no CGI, music, animation or any other fancy editing effects used in this film. It was all filmed on a hand-held camera by the actors.

They even got IMDb to update their profiles to say they were missing and presumed dead. Heather Donahue’s mother actually started to receive sympathy cards from random people about her missing daughter.

Did I mention how far these directors went to make it seem real?

As one of the first of its kind, it did seem real to some people and was advertised that way. This brought a lot of attention to the movie, causing it to break the world record for “Top Budget:Box Office Ratio” after grossing over 248 million, while only spending $22,000.

“The Blair Witch Project” was a creative piece of cinematic art when it first came out, but now I feel we have been spoiled by the plethora of other found-footage films that have been made in the last decade. It may not be the jump scare horror you want, but it is definitely still a must see.