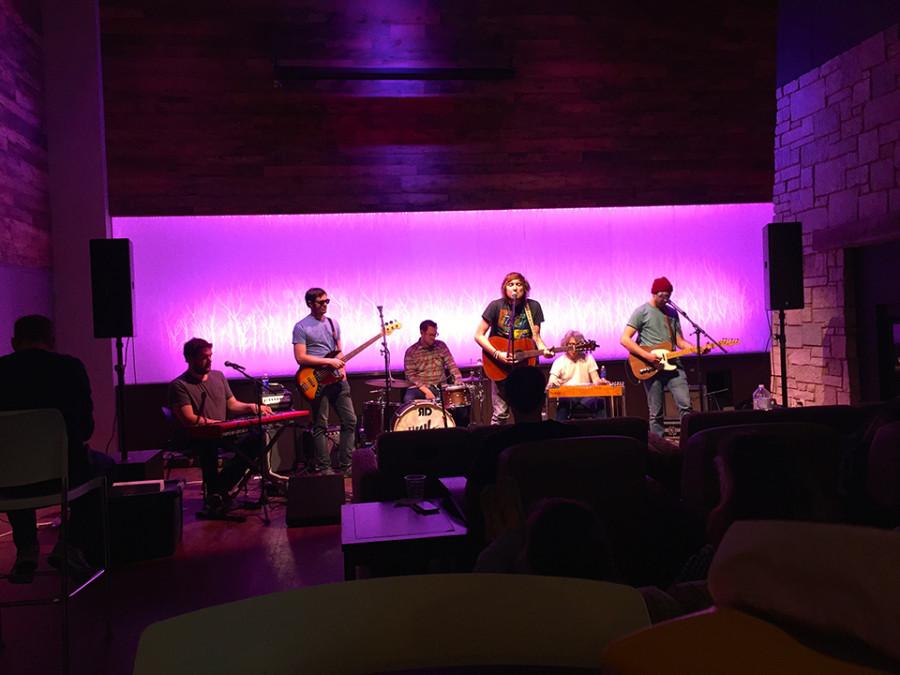 Farewell Milwaukee, veterans of The Cabin, proved their fluidity between alternative rock and country Saturday night.

Minneapolis-based band Farewell Milwaukee made their last tour stop at The Cabin Saturday night for an ever-expanding crowd.

Lubeck introduced himself and the folk rock/Americana band warmly before beginning their first set, explaining the ordering of their songs.

“We’ll perform in two halves, taking one break between,” Lubeck said. “We’ll be sort of easing into the rock ‘n’ roll tonight.”

And that they did, getting their first set underway with several country-rock and bluegrass tracks, showcasing Lubeck’s expansive vocal range and the band’s heavy steel guitar influences. This creates the band’s self-described “swift and inventive” sound, which allows them fluidity between the many genres they encompass. With their latest songs, the group has worked to establish this fluidity between alternative country and what they deem “rock ‘n’ roll.”

Stopping only to decide which song to play next, Farewell Milwaukee cultivated a homey, relaxed atmosphere in which audience members were free to converse amongst themselves, work on homework and read while they performed.

The band, veterans of The Cabin, did not often interact with the audience, other than to express their gratitude for both the audience and the venue, impressed with how “sanitary” the microphones were in comparison to the night before.

“You don’t want to know what was on the microphones we were using last night,” Lubeck said.

About midway through their second set, Lubeck made sure to acknowledge The Cabin’s sound technician, incorporating some humor into his thanks.

“Thank you to Jared, our sound guy,” Lubeck said. “No relation to the guy from Subway.”

Since their 2008 debut, Farewell Milwaukee has put out three records.

“Can’t Please You, Can’t Please Me,” Farewell Milwaukee’s latest album released in 2013, marked a change for the band, each of the members feeling deep personal ties to the album.

The album was recorded live in a total of nine days, which created a sort of intensive bonding experience for the band.

The band closed with several songs from their EP, including “Helpless,” which was received with heightened enthusiasm from several audience members.

As it got later and the group incorporated more rock ‘n’ roll in their sound, The Cabin’s crowd grew larger. By the end of the performance, over 40 people had flooded both floors of The Cabin.