Raise your voice to raise money 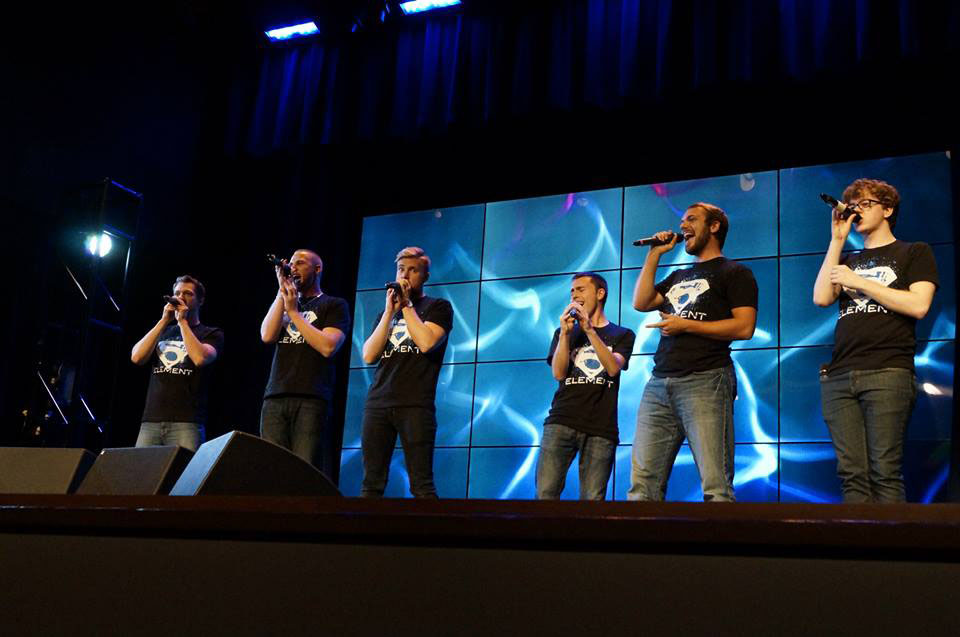 From singing and dancing to raising money for charities, “The Sing-Off, UW-Eau Claire A Cappella Gives Back” happening at 7:30 p.m. Saturday in Schofield auditorium has it all.

The night of friendly competition gives the five a cappella groups a reason to sing and raise money for something they are passionate about, all while providing a fun night of entertainment to Eau Claire event goers.

“Events like this are important because it benefits all parties involved,” Adam Bergman, member of the a cappella group Fifth Element, said. “Groups get to perform in friendly competition entertaining the audience while donating earnings to not for profit organizations and associations.”

The groups will go on stage one by one and sing a few of their favorites while a panel of judges, including Chancellor James C. Schmidt, will be critiquing their performances. The audience will also be able to vote by using their ticket stub they receive when they purchase an event ticket and by donating a dollar per vote to whichever group they feel did the best.

The money raised during the competition and from ticket purchases to the event will be the amount able to be earned by the a cappella groups and given away to charities of their choice.

The group with the most votes will receive 50 percent of the money fundraised during the event.

“However, even though there is only one winning group, no one really loses!” Laura Schachner, former member of Audacious, said. “There is always money given to each charity that is chosen.”

The remaining 50 percent of profits is divided between the remaining groups and given to the charities of their choices. This keeps the competition friendly and enjoyable.

Schachner believes it to be “a very important and neat event on campus that gives back to the community on a large-scale level.”

She said there aren’t many events throughout the year like this that involve so many different groups on campus and off.

“I hope to make the event a memorable one seeing as it is my last semester being in an a cappella group,” Bergman said.

Tickets are currently available at the Service Center for $5 and will also be available for purchase at the door before the event.