‘Memories of Murder’ in review 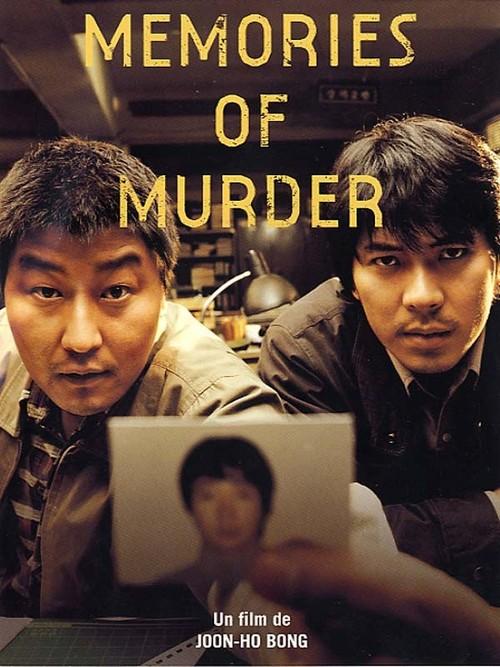 Two women are found murdered, raped, tied and gagged with their underwear covering their eyes as makeshift blindfolds. It is 1986 in Gyunggi, a province of South Korea. Crime scenes are corrupted by rainfall and two incompetent detectives turn to violence in their feeble attempts to solve the case.

Until a young detective from Seoul steps in after a third woman is killed, no one puts together the possibility that they are dealing with a serial killer. The three detectives work together through the innumerable twists and turns of the criminal investigation that ensues.

This is the horrifying reality of “Memories of Murder,” a 2003 South Korean murder mystery film directed by Joon-ho Bong. Scoring 8.1 out of 10 stars on IMDB and 89 percent on Rotten Tomatoes, the film is sickeningly mesmerizing in both plot and artistry.

Something all the more horrifying about this film? It is based on a factual series of murders in South Korea during the 1980s. If the artistry and symbolism throughout does not make it4 a truly haunting film, the truth behind it does. And the truth is this: the exact case brought to light in this film is a real one. It remains unsolved to this day.

It took everything I had to restrain from looking up the end result of the movie as I streamed the suspenseful, chilling film on YouTube. In its many plot twists and turns, it was easy to become confused if I looked away for a second. There is a language barrier, mostly accommodated by English subtitles. However, it wasn’t difficult to remain focused on the entrancing, disturbing film as the case unfolded and refolded.

What really makes this film great is the miniscule artistic details. The scenes of South Korea distinctly illuminate each scene’s mood, wherever the detectives are in their attempts to solve the case.

Near the end of the film, the detectives’ desperation is tangible in the cloudy skies and never-ending tunnel they stand before.  It represents the never-ending nature of the case itself and the questions that will most likely remain unanswered forever, and the unrest unsolved serial killer cases bring forth.

“Memories of Murder” has something for everyone: murder, mystery, true drama, inspired acting and directorial choices and, at times, absolute absurdity. Subject matter aside, there were many moments of undeniable humor.

I felt guilty laughing at several of the ridiculous one-liners, which often had serious implications to the case, though hilariously worded and flawlessly timed. Within the detectives’ appalling brutality, it was difficult not to find humor in their absurdity.

A true masterpiece of its genre, “Memories of Murder” is a film you’ll regret missing. Showings are 7 p.m. Friday and 2 and 7 p.m. Sunday and 2 p.m. Sunday in the Woodland Theater.