The woman behind the music 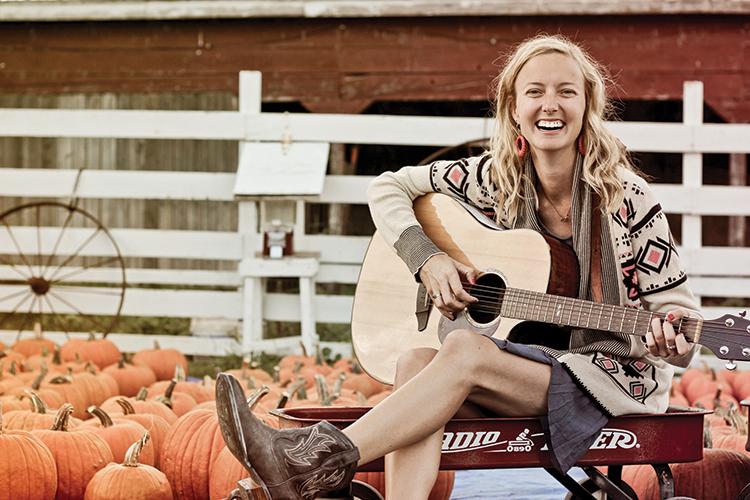 Though her music career may have been born in Nashville, Tenn., a true Wisconsinite will be returning to her roots for her third album’s release party.

She will be playing many of the songs from her third album “The Woman Behind the Curtain,” which was released in November.

“I’m feeling really lucky to be able to come and share my music in Wisconsin as one of the first shows with this new album,” she said. “Wisconsin has been a really important place for me since I started my career, and I’m really proud to be able to show off what I’ve done.”

While in town, Richards said she will be sure to stop by for a sandwich at Grand Avenue Café and pop in for a coffee at Acoustic Café.

Unlike bigger shows, holding the concert at a record store is something different for Richards.

“I’m looking forward to playing in a new space,” she said. “I think it’s going to be really neat to be in a music store surrounded by all the energy.”

While her backup band, The Handsome Devils, will only get to practice with Richards minimally before the show, Richards said she isn’t worried because she knows all three members are talented in their craft.

Performing with a band is different than performing solo, but Richards welcomes the change of pace. While her solo shows are more lyric heavy, she said she enjoys the added dimension a band brings to her music.

“It takes on a whole different life when you have other instruments behind you,” she said. “One, there’s room for solo and stuff, because I’m not a solo guitar player, I can’t shred or anything.”

Jeremy Boettcher, a guest lecturer in the music department at Eau Claire and former classmate of Richards, is the bass player for the backup band, but he said this isn’t the first time he’s performed with Richards.

He has played several shows with her in Nashville, Tenn. and Wisconsin, and said he is looking forward to performing in a record store because it adds a really personal element to the music.

“Whenever you do an in-store thing like that, it’s really intimate,” he said. “There is no stage, it’s stripped down, the volume level is usually softer, it is just a good vibe.”

Revival Records owner and operator Billy Siegel said he heard about Richards from a customer and friend of his at the store. He heard she was interested in a small, more personal venue.

Siegel said he has had his share of artists perform in Revival Records, though there is something new about having Richards. After hearing “The Woman Behind the Curtain,” Siegel said he really enjoyed her album and is looking forward to have an artist who plays mostly country music.

“I haven’t had a lot of country roots artists play in the store,” he said. “It’ll be neat to see what kind of demographics she’ll bring in.”

Though the singer is excited for the show, her mind was preoccupied with another exciting announcement that happened earlier in the week. Last Wednesday, her boyfriend, Charlie Upton, proposed.

Unfortunately, Richards said he won’t be joining her on the tour because he has to concern himself with graduate school work.

“He gets to hear all of the tales of fun I have on the road while he’s knee-deep in school and studying,” she joked.

As for her future plans, Richards said she is very focused on her upcoming shows with the new album and her website’s re-launch, in addition to her personal life.

“I imagine I’ll have to get to the wedding planning eventually,” Richards said. “I’d love to play 15-20 new cities at least this year, so seeing what that might end up being and doing more collaboration with other artists.”