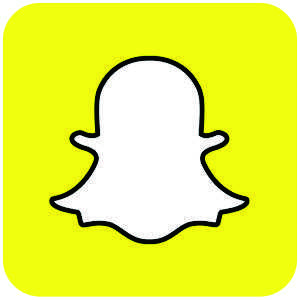 The popular app for Android and iPhone devices known as Snapchat will no longer just be used to send personalized timed photos with messages.

The company has now teamed with Square, a credit card processing company, to allow users to link a debit card to their account to transfer money to friends with ease.

Square currently offers a payment app called Square Cash, which allows users to type a dollar amount into the subject line of an email in order to send cash to friends. Now, with the help of Square, Snapcash has created an interface that allows you to type cash amounts into chat with another member and send cash instantly.

Despite Snapchat’s reassurement of the confidentiality of their new add on, there is still concern about safety issues and technical problems that could pop up after it was hacked late last year, resulting in the phone numbers and usernames of nearly 4.6 million users being leaked.

Junior Maggie Miller said she does not care for and will not use the new interface, especially because of the problems the app itself has caused.

“Snapchat has a lot of bugs that causes the app to have issues and tweak at random times,” Miller said. “So there is no way I would trust transferring money on an app that virtually could crash or be hacked at any moment.”

In a recent blog introducing Snapcash, the company said after you enter your debit card into the Snapchat system, it is securely stored away by Square, which is in charge of processing and sending cash between users.

Along with this, Snapchat has also said no personal financial data will be kept on their personal servers.

“We set out to make payments faster and more fun, but we also know that security is essential when you’re dealing with money,” Snapchat said in the blog. “Square has a ton of experience in this area and our teams have been hard at work to make Snapcash a great experience for everyone.”

However, Snapcash has also risen concerns in the field of sexting between teens today and even adults.

Professor of criminal justice, Justin Patchin, who specializes in the field of cyber bullying and sexting, said he thinks any atypical use of Snapcash will be something that is visible and easy to find with today’s technology.

“Once a user links his or her credit card info to the app, that anonymity is gone,” Patchin said. “So if it turns out the app is used for deviant behavior, it will now be even easier to track those behaviors back to a particular person.”

Although most people who use Snapchat realize the pictures and text sent through it aren’t as short lived as once thought to be, Patchin said, people will still make mistakes with it.

“Some people made mistakes using Snapchat in its early days,” Patchin said. “And no doubt people will make mistakes with this new functionality.”

According to Snapchat, over 400 million messages are sent every day through the app, making it hard to monitor everything.

Junior information systems major Cole Nesvacil said security comes first when making apps like these, but being able to track everything is a tall task for Snapchat.

“Snapchat puts a lot of time into making an app like this safe for the public,” he said. “But sometimes hackers and problems can occur despite strong security they made.”

When it comes to the problem of the app potentially being hacked like it has previously been, Miller said it is one of the main reasons she will stay away from the new add on.

“People are constantly looking at or borrowing my phone,” she said. “With bank information in the system, anyone who gets into my phone could transfer money to themselves or steal card information.”