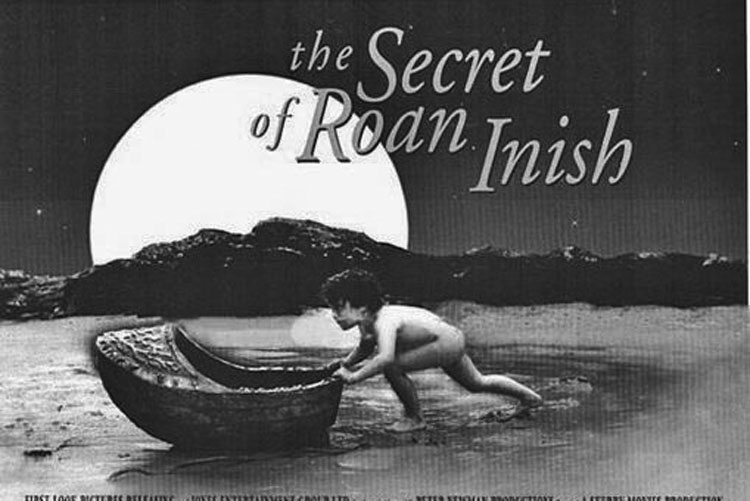 When I was told to write a film review on “The Secret of Roan Inish” I was initially shocked. I had never heard of the film. Then a feeling of uncertainty consumed me because I found out the movie was released when I was only a year old, in 1994.

I try to avoid movies that are not filmed in high-definition, and essentially I write them off as films that are incapable of fulfilling my 21st century expectations.

Despite my disheartened feelings, I watched the film and solemnly swear that it was enjoyable.

The film begins with the lead character Fiona Coneely (Jeni Courtney), a little ten-year-old blonde girl who goes to live with her grandparents in an Irish fishing village after World War II because her mother died, and her father left in search of work.

Upon her arrival, Fiona’s grandfather Hugh (Mick Lally) shared stories about their ancestors with Fiona. One of their ancestors survives a near death experience at sea, but is rescued and nursed back to health.

Fiona learns that her family had to abandon the island of Roan Inish because of the war, and during their sea voyage to another island, her baby brother Jamie (Cillian Byrne), while in his crib was knocked off their ship and lost at sea.

The film is centered on the Irish folktales of selkies, which are seals that can shed their skins and take human form.

As the film progresses, another story of Fiona’s ancestors is shared and it is revealed that the Coneely’s have selkie blood in their family ancestry.

Fiona goes back to visit Roan Inish several times. While there, she finds out her long-lost little brother is now a small boy. Despite Fiona’s efforts to chase her brother he always successfully
evades her.

I am not going to ruin the ending for you. Where’s the fun in that?

This movie did a good job following the story of a girl who believed in the irrational concept of her baby brother living off the sea and the land with sparse aid of the local seals.

I was taken by surprise when the movie showed a seal make like a snake and shed its skin to become a 20-year-old dark-haired female. I was equally surprised with the ending of the film. I completely botched at predicting the conclusion.

I thought the music in the movie was great. The producers picked great songs to go with each scene. For example, during somber moments, violins and flutes cried as Fiona would watch her little brother escape to the sea.

The camera angles throughout the film were creative and effective. Most of the film is shot at the height of Fiona, resulting in the camera routinely looking up at the adults in the movie. During the scenes where Fiona is alone the camera is low to the ground, which captures the natural beauty of the scenic Irish islands.

Overall this film is a well done piece as it combines the elements of man, nature, myth and reality. The end product results in a story of strong
imagery and memorable characters.

The absence of high-definition filming does not take away from the creative tale that is “The Secret of Roan Inish.”