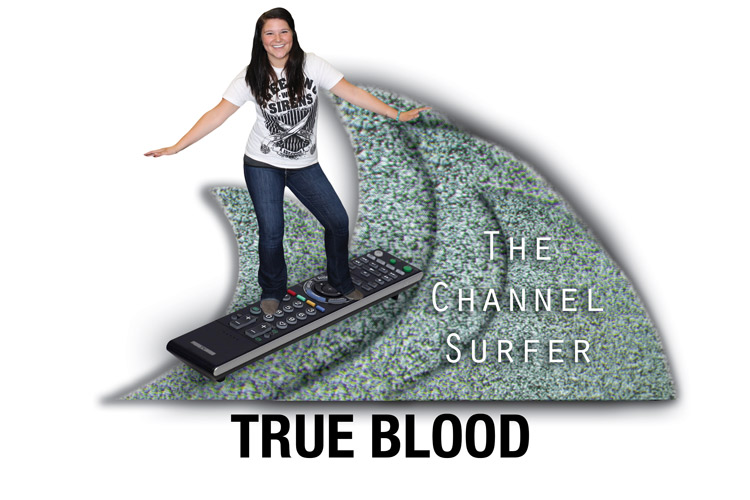 When a TV show has its season finale, it feels like the end of an era. That may sound extremely dramatic, but you know exactly what I am saying. If you are as big of a TV connoisseur as I am (I mean, come on, who doesn’t like to waste some valuable time), then you know the feeling of either elation or discontent when a finale or season doesn’t go as you would
expect it.

You spend months out of your life watching a show, dedicating that hour as your own, and when the season finale arrives, you are expecting something outstanding. However, some finales are just plain awful, like for instance the finale of True Blood, which airs on HBO. This less-than-awesome finale made me think of the whole season in general, and I realized one thing: it sucked. It all sucked (pun always intended). Let’s talk about this.

For all of you non “truebies” out there, I will take a step back and give you some background information. True Blood is a supernatural drama based on a series of novels, called The Southern Vampire Mysteries, or as they are sometimes referred to as, The Sookie Stackhouse Novels by Charlaine Harris. The show is set in modern-day Louisiana, in a small, factious town called Bon Temps. Vampires and other supernatural beings have inhabited the town (and world), and are living amongst the humans. The show documents the adventures and romances of the main character, waitress and telepathic Sookie Stackhouse.
The show is filled with multi-dimensional characters with many rich layers that are revealed to the audience as the season’s progress. For instance, Sookie is a strong, outspoken woman who tends to get into trouble.

I have been pretty pleased with how this show has been developed right until this last past season. I am just going to be honest here: Season five was kind of horrible.

There was nothing special about it. It was a season chalked full of “filler” details, that never seemed to go anywhere.
Season four ended on a strong note (I won’t spoil it for you) but let’s just say that I literally had to pick my jaw up from the floor. I usually never get surprised with finales, but this one was one to remember. So, naturally I was expecting season
five to be awesome.

I remember sitting in my dorm room in New York waiting until it came on, practically hyperventilating, just waiting for the first episode of season five to air.

As the episode started, I felt as if I was thrown into a different dimension. The characters all of a sudden were all dark and gloomy, and the storyline made no sense.

Instead of the show being filled with suspense and multi-dimensional characters, it was basically just one type of brooding, annoying character.

The nice guys were no longer nice, the bad guys were still bad, and new characters were thrown in and killed off without what seemed conscious thought or storyline.

This season felt so empty of anything substantial that I didn’t even care that I only got to see the last part of the finale, because honestly, I probably didn’t miss much.

I really hope that the show and its writers pick up their game again next season. It would be a letdown to have such an amazing series be forgotten because of a past bad season.