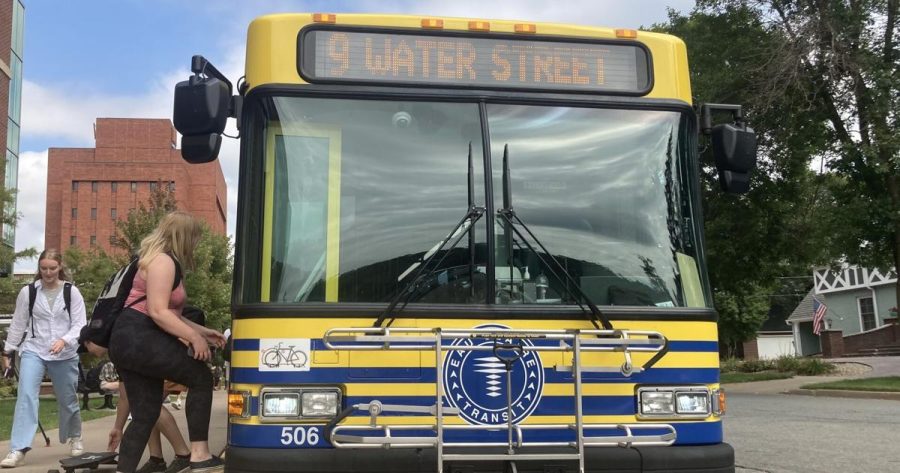 Buses are a convenient way for students to travel

For those who aren’t currently using the transit system at UW-Eau Claire, on some evenings it can be an hour wait in between bus arrivals.

According to a WEAU 13 NEWS article by Maria Blough, “buses arrive about every ten minutes” and “around 4:30 p.m., that changes to once every hour” on weekdays.

“(The proposal) is a major expansion for Saturday service,” Gragert said. “For the first time, Eau Claire transit would be having service in the evening and going out to the mall area.”

Gragert also said that more students would be able to live on campus without having to own a car, and could instead use the bus system to get to a job at the mall or downtown.

The bus expansion proposal will be discussed at the city council meeting on September 21st at 6 p.m., according to Gragert.

However, even if the proposal is approved, it will not go into effect immediately after the meeting, according to Tom Wagener, the transit manager for the city of Eau Claire.

“If it is approved by our city council then it can be implemented,” said Wagener. “It’s not scheduled to be implemented anyway until the second semester starts.”

Therefore, students will have to wait to use the possible new bus schedule. But if the proposal is eventually made available to students, Wagener said that “hopefully the students will, especially the incoming students, will hear about it and be able to utilize it.” And since the bus system is available to all students, that will most likely not be a problem.

Nicholas Johnson, the vice president of the Student Senate, said they are still involved in making the process of the proposal go smoothly.

“The Student Senate and I are still very much involved in making this process go smoothly. We think the previous administration of Student Senate did a very good thing,” Johnson said. “I think this project is very large and because the change is so positive for students it’s really nice to see things happen.”

Curtin can be reached at [email protected]