The director of OMA is being recognized at the state level

Dang Yang is being listed as an influential Asian American leader 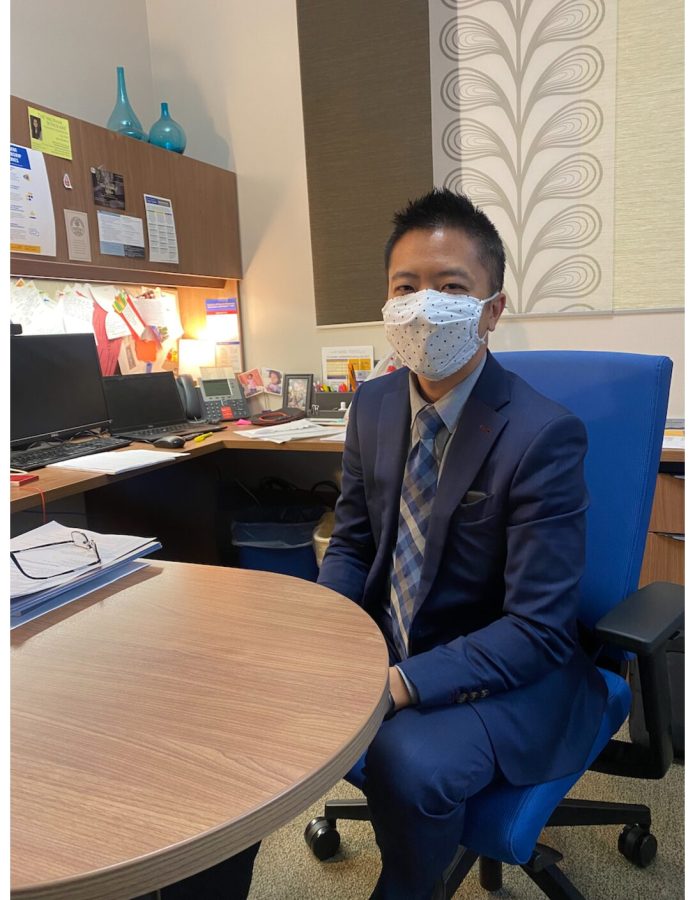 One of UW-Eau Claire’s own, Dang Yang, is being put on a list of the most influential Asian American leaders in the state of Wisconsin by Madison365, a non-profit magazine.

The award is given to shine a light on the most influential members of Wisconsin’s Asian American community who are doing important work in the face of discrimination and generations of oppression.

According to this article by Madison365, Yang is one of 34 Asian American leaders in Wisconsin selected for their outstanding work in the community.

The article gave credit to Yang’s work in diversity since his days at UW-Stout and The Chippewa Valley Technical college for his receiving of this award.

According to their page on the UW-Eau Claire website, OMA’s purpose is to celebrate and advocate for diversity on campus. Their mission is to support the collegiate experience, specifically for students of color.

Yang has been director of OMA since 2018, as seen on their webpage.

“Culture, race and ethnicity are all things very relevant to me. As the director of OMA, I have the privilege of working with colleagues and students who have different racial and ethnic identities,” Yang said.

As a first generation Asian American and college student, Yang said part of the significance of culture to him comes from his upbringing.

“I grew up very self aware of my racial and cultural identity. Through my own journey of putting words to my own experiences, I had become really passionate about helping students work through that process themselves,” he said.

Yang says that he wants students to learn to understand their racial and cultural identities as an asset, a strength as opposed to a deficit.

Yang went into more detail about his upbringing. He said both of his parents were refugees from Laos, a country in South-East Asia, and he was born and raised in Wausau, Wisconsin.

“I grew up in Wausau and ended up getting my associates degree from over there after graduating high school, after that I transferred to UW-Eau Claire. I have lived and worked in the area since then,” Yang said.

His profile on the school website says Yang received his Bachelor of Arts in Communications from UW-Eau Claire and went on to receive his Masters in Multicultural College Teaching and Learning from the University of Minnesota-Twin Cities.

Before he came to work here at the university, Yang says he worked at UW-Stout for about seven and a half years before coming back to Eau Claire.

“At UW-Stout I worked with multicultural and underrepresented populations of students and after that I worked at The Chippewa Valley Technical College as the diversity manager. Then the opportunity to come back to Eau Claire arose and I’m so happy that I took it,” he said.

One of the people who works alongside Yang in OMA is Charles Vue, its associate director. Vue said he was a student at UW-Eau Claire back in 1984, and helped shape OMA in the way it is known as today.

Vue says that Yang was one of the students who he helped at OMA back when he was at UW-Eau Claire majoring in communications. When he graduated, Vue said he thought Yang would be a great addition to the campus in a faculty role at OMA.

“About three years ago we had a vacancy in our office. He applied for that and there you go, he became the director of OMA,” Vue said.

Because of the length of time he has known Yang and the capacity in which he works with him now, Vue was able to share insights into how Yang relates with the UW-Eau Claire students.

“He was always an articulate, confident person who showed care for the people he was around,” he said. “Now, those people are students.”

Vue says his position is more grassroots while Yang’s is focused more on leadership as the head of OMA.

According to Vue, the position he works in makes Yang his immediate supervisor.

“He has always been hard working and ready to learn. Because of that, it doesn’t feel like he’s a boss. He feels more like a partner or a colleague,” Vue said.

“Dang came with a strong passion to bring OMA into the spotlight,” he said

When Dang came back to work at UW-Eau Claire, he brought his wife and two small children with him. He says that his children, though young, have a small amount of understanding of what their father does for his job.

“My oldest is in first grade, so she can’t really conceptualise what it means to be a director or an institutional leader. She does know that I get to help students of color and I think that’s the most important thing for her to understand right now,” he said

Yang said it’s great to have so many people reaching out to show appreciation with the announcement of this award.