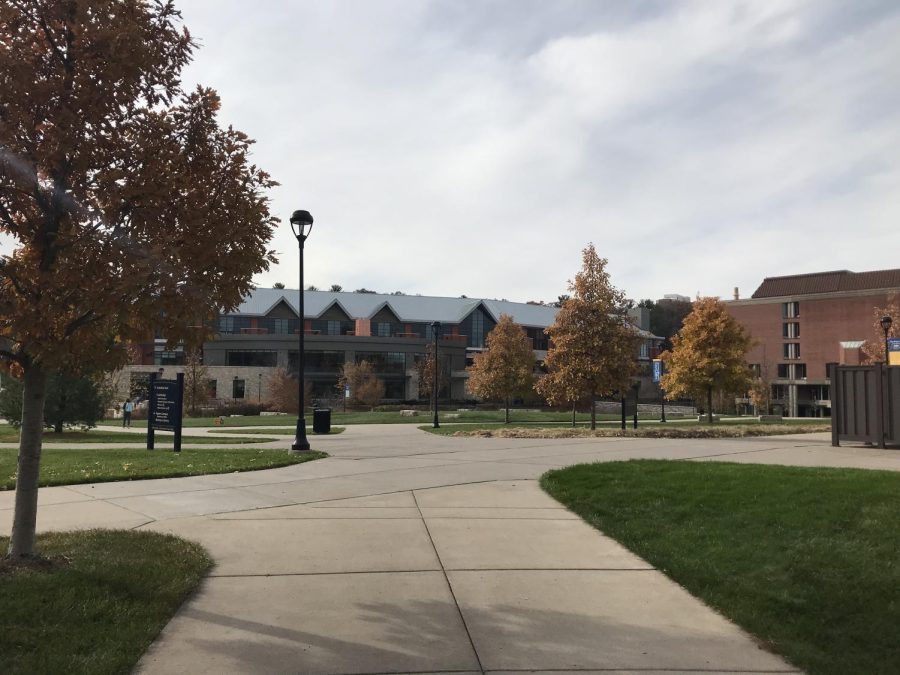 Gonzalez said the conference is an opportunity for growth for both attendees and speakers.

UW-Eau Claire hosted the Bridge to Change Conference for EDI and Leadership this past Sunday, Nov. 7.

This was the first time the conference was held in person, as Bridge to Change was initiated last year and was held virtually. The event included speakers, breakout groups and discussions.

Helping to organize and staff the event was Joshua Gonzalez, a graduate assistant in the Center for EDI Development, who said the event was a success, especially in reaching 60% of their goal attendance.

Gonzalez said Bridge to Change’s premise is simple: Provide a space to think about perspectives and ideas that you haven’t yet.

“We’re humans, and learning is a huge part of our growth,” he said. “The conference did a nice job opening people’s minds to different perspectives and recognizing there’s a lot of topics and issues people are unaware of. It’s all about thinking more openly.”

Olga Diaz, vice chancellor for EDI and student affairs, said an open approach to growth and dialogue is what grounds Bridge to Change. The conference is especially important, she said, because it allows more engagement with EDI than what they might be used to.

“The topics within EDI don’t have a one-size-fits-all baseline,” Diaz said. “Different students will have different sensitivities in different topics.  So if we provide everyone the one same training, we won’t get all the same results, or the same engagement.”

Diaz said EDI sensitivity has to be trained. If she asked a grade to run a mile in six minutes, she said some would be able to do it, but it might take others training and practice.

“It’s a different set of muscles,” she said. “Your heart, your soul, your brain; you have to think deeply about topics that may be uncomfortable or unnatural to you. You have to train to get good at EDI. So the more ways we offer training and exposure, the better.”

Casper Crump, a fourth-year creative writing student, attended the conference and said he enjoyed its intersectional focus: not just discussion on race or LGBTQ issues, but also those of ability and mental health, among many other areas.

Crump said one of the biggest drawbacks was simply not having enough time to deeply dive into discussions. There was a great range of topics, but not enough time to talk about everything.  Regardless, he said, having the place for conversations is most valuable.

“Being able to create environments that spark conversations that wouldn’t normally happen is really, really important,” Crump said. “It’s a cliché thing, but it’s true: you do have to get outside your comfort zone. In order to learn, you have to engage in things that you’re unfamiliar with.”

When looking at the future of the twice-yearly conference, Gonzalez and Diaz said they are relying on student feedback to improve the event and are thinking of ways to “market” the conference more to get higher attendance.

“The quality of presentations and engagement are something students should really feel drawn to,” Diaz said. “You get to deeply analyze a topic with a speaker who is there because they want to be, and that’s a rare opportunity.”

Diaz highlighted the point that attendance was voluntary from both speakers and attendees. The challenge, she said, is transferring the valuable engagement and conversation at the conference to the thousands of students at the university.

Crump said Bridge to Change was impactful and a good starting ground for necessary dialogue.

“The whole point of being a good ally to any community or group is starting good conversations,” Crump said. “The Bridge to Change Conference has a fancy sounding name, but that’s what it is: Having conversations about things you’re not accustomed to talking about.”